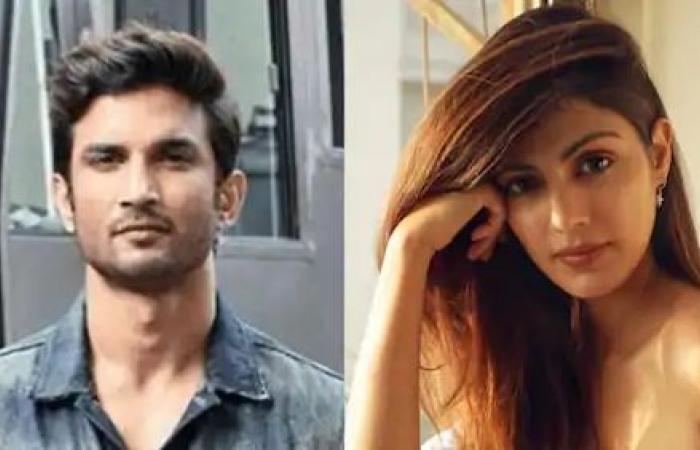 Thank you for reading the news about Sushant Singh Rajput death: Who is Shruti Modi? and now with the details

Aden - Yasmine El Tohamy - Who is Shruti Modi? That is the question people are asking ever since CBI named her among six people in the FIR it has registered in the Sushant Singh Rajput case.

That Shruti was known closely to both Sushant and his girlfriend Rhea Chakraborty is established by the fact that an unverified Instagram account by the name of Shruti Modi has Rhea Chakraborty and Sushant Singh Rajput's verified accounts as two of the followers.

However, the unverified account in question, with over 4000 followers, has been turned "private" now.

The six people named in the CBI FIR include Sushant's girlfriend Rhea Chakraborty and her family members. The investigative agency's case has been registered on the basis of an earlier FIR filed by Bihar Police, which is based on a complaint lodged by the late actor's family in Patna.

The CBI has named Rhea, her father Indrajit Chakraborty, mother Sandhya Chakraborty, brother Showik Chakraborty, Sushant's house manager Samuel Miranda, and Shruti Modi besides unknown others, who have been charged under various sections of the Indian Penal Code including abetment to suicide, criminal conspiracy, wrongful restraint/confinement, theft, criminal breach of trust, cheating and other offences.

While the other names of the FIR have been doing the rounds over the past days, the question now arises, who is this Shruti Modi and why has she been named in CBI's FIR.

It has emerged that Shruti Modi is the former manager of Rhea Chakraborty and her brother Showik Chakraborty. This is a fact corroborated by a report in zeenews.india.com, dated July 29, which stated that Mumbai Police has recorded Shruti's statement as part of their investigation into Sushant's death.

It has eventually come to light that Shruti was also Sushant Singh Rajput's ex-business manager, according to sources.

As per Shruti's statement given to Mumbai Police, she was associated with Sushant from July 2019 to February 2020. The Zee News report added Shruti told Mumbai Police that Sushant was "financially sound" and spent almost Rs1 million per month, with the monthly rent of his Bandra apartment coming to around Rs4.5 lakh. She has also reportedly shared a break-up of the late actor's monthly expenses with the police.

These were the details of the news Bollywood News - Sushant Singh Rajput death: Who is Shruti Modi? for this day. We hope that we have succeeded by giving you the full details and information. To follow all our news, you can subscribe to the alerts system or to one of our different systems to provide you with all that is new.