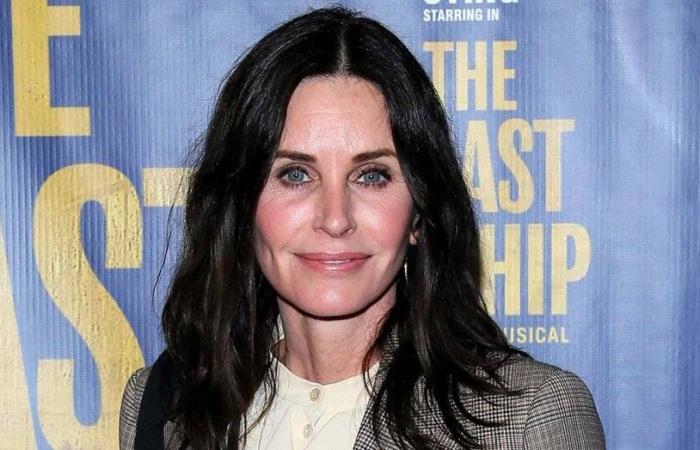 Thank you for reading the news about Actress Courteney Cox to reprise 'Scream' role in film... and now with the details

Friends star Courteney Cox is returning for the next iteration of the famed Scream film franchise.

According to Fox News, the 56-year-old actor confirmed that she will reprise her role as news reporter Gale Weathers in an Instagram post on Friday.

Cox posted a video of the iconic black-and-white mask that has seen many Halloween nights over the course of its four films that began in 1996 and have grossed more than $600 million in the global box office.

"I can't wait to see this face again," noted Cox.

Also slated to return for the fifth instalment is Cox's ex-husband David Arquette as Dewey Riley.

Arquette previously said in a statement, according to The Hollywood Reporter, "I am thrilled to be playing Dewey again and to reunite with my Scream family, old and new. Scream has been such a big part of my life and for both the fans and myself, I look forward to honouring Wes Craven's legacy."

Radio Silence, the filmmaking arm behind the reboot told Deadline, "We can't imagine Scream without the iconic Gale Weathers and are so incredibly thrilled and humbled to have the opportunity to work with Courteney. We're absolute mega fans of her work and we're so excited to join her in the next chapter of the Scream saga!"

Filming on the all-new Scream is set to kick off later this year in Wilmington, North Carolina.

These were the details of the news Bollywood News - Actress Courteney Cox to reprise 'Scream' role in film... for this day. We hope that we have succeeded by giving you the full details and information. To follow all our news, you can subscribe to the alerts system or to one of our different systems to provide you with all that is new.