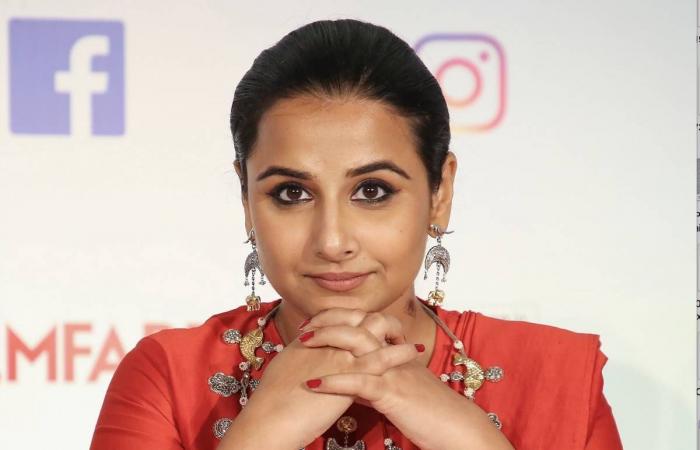 Thank you for reading the news about Vidya Balan: I believe Bollywood is a fair place and now with the details

Aden - Yasmine El Tohamy - Bollywood has long been portrayed as the land of dreams. One that turns off the lights, draws the curtains and entices many to dream along.

It is also a multi-million dollar industry where a small-town boy with stars in his eyes can walk in and by dint of hard work, perseverance and let's not dismiss it, luck, propel himself to superstardom.

Is it ever as simplistic as it is made out to be though? Perhaps not. After all not every fairy tale has a happily-ever-after ending.

But many still take inspiration from the boy with the baritone voice from Allahabad, the son of a poet, who started off as a narrator and despite all setbacks, steadily rose to be one of the industry's reigning superstars.

Today many share a 'love-hate' relationship with the same industry that is currently going through one of its most tumultuous phases. On one hand it is being demonized for its clannish nature, wherein a 'chosen few' are given access to plum projects and allowed to thrive while equally talented artistes are driven to despair by cliques that refuse to let them in.

It's also an industry where many driven, strong-willed people have managed to cross the invisible barrier and grab a slice of the pie for themselves.

But all this is getting lost in the 'noise' coming from within the industry right now. So it was refreshing to speak to an actress who has come up the hard way, but exhibits none of the rancor and bitterness many are currently indulging in.

Vidya Balan, who made the transition from television to music videos before finding a foothold in the industry only to go through a phase where she was derided for her size, her style and more, has been a role model for many over the years.

Granted today she is married to Siddharth Roy Kapur, a hotshot producer, who holds a certain sway over the industry, but that does not take away from her innate talent or gloss over her own unique struggles in the industry.

"Bollywood is a beautiful place," she asserts when I ask what message she would like to send out to those dismayed by all the muck being thrown around, post the tragic death of Sushant Singh Rajput.

The debate on nepotism and power play within the industry is of course playing out across social media platforms and national television.

"I believe Bollywood is a fair place," she continues. "It is a place where meritocracy reigns supreme. If you work hard, the sky is your limit and the world is your oyster."

A lot of catchphrases for sure, but she utters it with utter conviction.

Balan agrees that the industry is currently going through a turmoil which is upsetting to watch, and points out that it tends to draw eyeballs because it is in the public domain.

Vidya admits she herself has been through all kinds of experiences in the years it took to establish herself. "I've floundered," she confesses. "I have made mistakes; it has taken me longer to reach my destination, but I'm someone who likes to view my life as half full or rather full!"

Much like the characters she chooses to portray on screen, the actress is pragmatic about life.

"The industry is what you make of it. Ups and downs and rejection and failure are all part of the game of life," she continues.

"The truth of life is," she goes on, "that there are no rules. I truly believe that."

Bollywood as an industry has also unfortunately garnered a reputation, especially of late, of being impervious to any kind of criticism.

From A-list actors who reportedly blacklist scribes for daring to say it as it is or production houses that pander to only glowing tributes written in favour of their star clients, to many stars and scribes who are derided on social media for their political leanings, the industry seems to be in the thrall of cancel culture.

And it's often the film critic who pays the price for it.

But ask Vidya Balan her thoughts on the current debate and the actress has a refreshing take on it. "Critics are not super humans," she states.

"They are like you and me. They have their own biases. Some are fairer, some are better informed. Some are more articulate and aware. You don't get a combination of all of it in one person."

I'm not sure whether it was a dig on the fraternity (!), but there is no denying her argument.

The actress goes on to assert that it is the audience who really decides the fate of a movie.

As for her own Shakuntala Devi that releases on July 31 on Amazon Prime Video, the actress is pretty clear; "I'm very happy with the movie. Now I'm just waiting to see how people like it. The benchmark (of success) for me is how much love we receive from people. It's definitely not about the numbers (with a laugh) specially in the current scenario, given that we are releasing on OTT and not in the theatre." [email protected]

These were the details of the news Bollywood News - Vidya Balan: I believe Bollywood is a fair place for this day. We hope that we have succeeded by giving you the full details and information. To follow all our news, you can subscribe to the alerts system or to one of our different systems to provide you with all that is new.