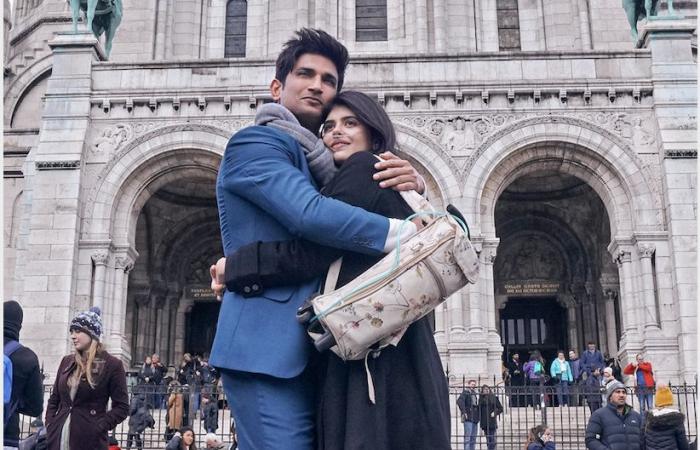 Thank you for reading the news about 'Dil Bechara' Review: Sushant Singh Rajput leads... and now with the details

Aden - Yasmine El Tohamy - 'Let us just pretend I am not dying.' That line does become more than a filmi dialogue when Sushant Singh Rajput utters it at one point. It sounds eerie, and is ironic given the sadness it exudes and, in retrospect, would seem to have a discomforting note of prophecy somewhere.

The line becomes pertinent because it reminds us Dil Bechara can perhaps never be regarded or dissected as just another Bollywood film, whatever its cinematic quality or flaws. This is the last time Sushant connects with his fans doing what he did best - acting - and he does so in a film about death. Watching him go, you are reminded once again he was an artiste who could effortlessly turn a mundane scene into something endearing.

Indeed, mundane is the word that comes to mind. Mukesh Chhabra's directorial debut plays out like an action replay of the original film it is an official remake of. For the love of laziness, Chhabra and his screenwriters (Shashank Khaitan and Suprotim Sengupta) have actually copied several scenes ditto from The Fault In Our Stars.

Despite that utter lack of filmic creativity, the overall exercise is redeemed by its stellar cast. For, the triumph of Dil Bechara is not just about its lead actor Sushant Singh Rajput. Thumbs up reactions are in order for lead actress Sanjana Sanghi, too, and the three primary supporting actors who prop the show - Swastika Mukherjee and Saswata Chatterjee as the heroine's parents, and Sahil Vaid as the hero's best friend. Despite weak roles, the film is watchable primarily for its actors.

Sushant and Sanjana strike up as much chemistry as the tearjerker melodrama lets them. They are Emmanuel Rajkumar Jr (Manny for short) and Kizie Basu - which explains the film's original title Kizie Aur Manny - and their love story starts off hinged on the tested formula of 'opposites attract'.

The normally withdrawn Kizie is suffering from thyroid cancer and she finds solace visiting graveyards to watch strangers' funerals. Soon enough, though, a rush of comic drama hurtles into the narrative, when Kizie bumps into the effervescent Manny, who is in remission after osteosarcoma left him with a severed leg.

Manny's buddy JP is suffering from glaucoma, and their dream is to make a Bhojpuri film inspired by Rajinikanth hits. Manny asks Kizie if she would be the heroine of their film. Although she dismisses it as a joke initially, she is irresistibly drawn to Manny's exuberance.

The narrative tries maintaining the languid, bittersweet mood that defined The Fault In Our Stars - the 2014 film as well as John Green's 2012 bestseller novel - as the story of Kizie and Manny gradually moves towards the expected bleak shades. A trip to Paris from the initial smalltown backdrop of Jamshedpur is in store. We are introduced to Saif Ali Khan in a cameo that does not do justice to either the actor's talent or the important motif the sequence tries to highlight.

In fact, a lot of relevant plot points get diluted owing to the directorial obsession to create situations that evoke either extreme mirth or sorrow.

Beyond the acting, another aspect that reveals a level of excellence is AR Rahman's music, bringing alive some fine songwriting by Amitabh Bhattacharya. It has been a while that Bollywood had a love story with a consummate soundtrack where every song resonates in your mind. Rahman, returning with a fullfledged Hindi romantic album after quite a while, may not have delivered his best ever, but the maestro as always remains a cut above.

In a nutshell, Dil Bechara looked promising with its advantage of a saleable imported story material, plus good acting and songs, besides the overwhelming memory of Sushant Singh Rajput that makes every frame seem just that much more special. Yet, the original storyline is lost in translation as the makers resort to mindless rehashing. Somewhere, you feel Sushant should have had a superior final bow.

These were the details of the news Bollywood News - 'Dil Bechara' Review: Sushant Singh Rajput leads... for this day. We hope that we have succeeded by giving you the full details and information. To follow all our news, you can subscribe to the alerts system or to one of our different systems to provide you with all that is new.