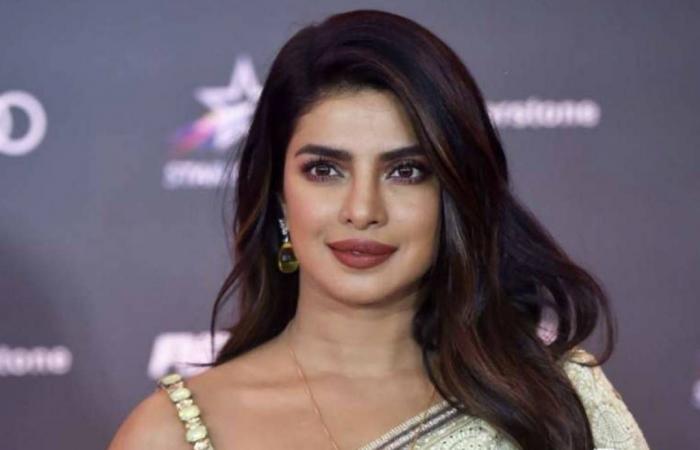 Thank you for reading the news about Priyanka Chopra reacts to her Miss India pageant... and now with the details

With more than 50 movies under her credit, she's one of the few actors from Bollywood to make a strong imprint in Hollywood, actor Priyanka Chopra started it all by winning Miss India 2000 pageant.

Chopra who is currently celebrating the completion of 20 years in the entertainment industry, on Friday looked back and reacted to the video where she was crowned as Miss India.

The actor shared a video on Instagram, where she is seen watching the throwback video. The Dostana actor recalled winning the title and joked about her sense of style and poses back then.

Sharing the reaction video, she wrote: "Alright guys, we're doing this! I'm watching footage from my Miss India pageant in 2000! This is where it all began... If you've never seen these before, you are in for quite a treat. #20in2020 @feminamissindia."

Throughout the video, the actor is seen casually commenting on her hairstyle, enacting her own movement on stage, and also recalled her luscious hair, which she now wonders where it all got lost.

However, she took a moment to appreciate the "clever and profound" answer she gave for the question that won her the crown.

While watching the winning moment, the star noted how she never expected to win it. She explained that she had a train booked as she was to go back and take her board exams.

Going through the old photographs that run parallel to the video, she says: "These pictures are hard to look at." Pausing at a particular photograph, she laughs and says, "I don't even know how to do that pose."

"Well, this is where everything started. These are the pictures that sent me to Tinseltown," said the actor towards the end of the video.

These were the details of the news Bollywood News - Priyanka Chopra reacts to her Miss India pageant... for this day. We hope that we have succeeded by giving you the full details and information. To follow all our news, you can subscribe to the alerts system or to one of our different systems to provide you with all that is new.