Bollywood News - How Janhvi Kapoor on the lessons she learnt... 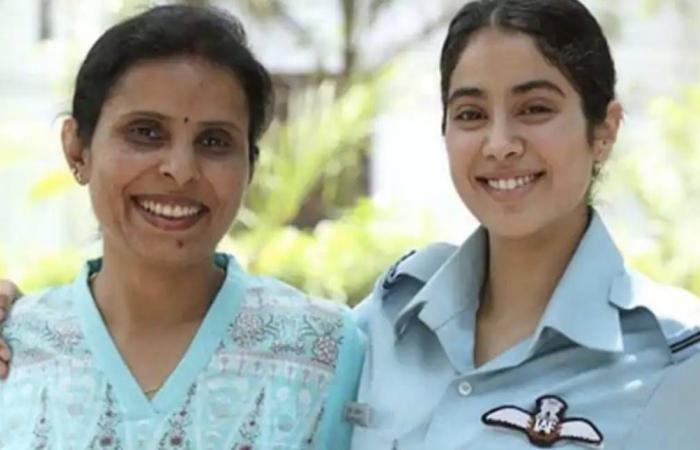 Thank you for reading the news about How Janhvi Kapoor on the lessons she learnt... and now with the details

Bollywood actress Janhvi Kapoor has opened up on the biggest lesson she has learnt while portraying the character of Gunjan Saxena, the first female Indian Air Force pilot in a warzone, in an upcoming biopic.

Since Gunjan Saxena: The Kargil Girl is based on the life of the Air Force pilot, Janhvi spent substantial time with her.

"It all comes down to the effort and the hard work you put into your work. Her (Gunjan Saxena's) outlook is very simple. If one keeps working hard, then one will get where one has to get. I am aware of my privilege. I often felt guilty about it. But the best I can do is to earn my place by working even harder," Janhvi, daughter of the late superstar Sridevi, said.

The ultimate guide to Bollywood: Everything you need to know

She noted how Saxena didn't let society's gender bias act as an obstacle, and never victimised herself. Instead just worked hard, which is something that inspires the most.

In a media interaction she attended with Janhvi, Saxena spoke of the toughest things a woman in uniform faces. "Other than infrastructure barriers like no separate washrooms or changing rooms, which were slowing taken care of, the toughest thing was breaking the mental barrier people had, making them accept you as a professional. Being accepted as an officer and not being looked at as a woman officer. I think that was the most challenging and also exciting part," Saxena said.

The film directed by Sharan Sharma also features Pankaj Tripathi and Angad Bedi, and is set for a Netflix release on August 12.

These were the details of the news Bollywood News - How Janhvi Kapoor on the lessons she learnt... for this day. We hope that we have succeeded by giving you the full details and information. To follow all our news, you can subscribe to the alerts system or to one of our different systems to provide you with all that is new.