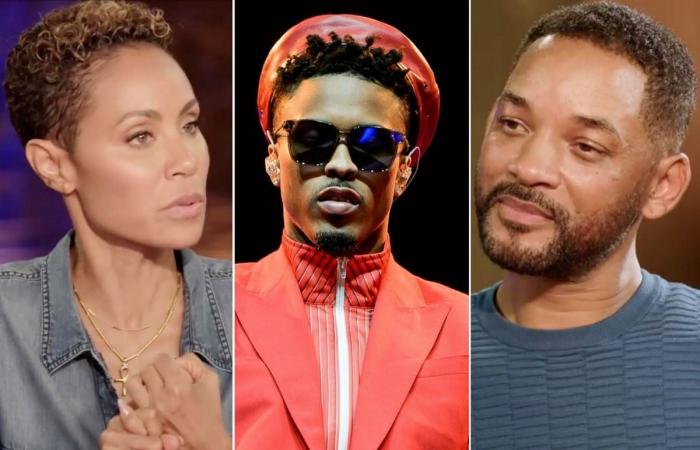 Thank you for reading the news about August Alsina releases 'Entanglements' song after Jada,... and now with the details

Aden - Yasmine El Tohamy - The term 'entanglement' became hugely popular on social media after the Smiths cleared the air during the show.

August Alsina on Saturday night (local time) dropped his new song 'Entanglements.' It comes following an interview by Actor Jada Pinkett Smith in which she termed her relationship with the musician as an "entanglement" while she was still married to Will Smith.

The song was released by the musician on late Saturday night and it started trending on Twitter on Sunday morning as fans of the three have been hugely interested in the controversy with many creating memes on the term 'entanglement.'

According to Variety, the song that features rapper Rick Ross speaks several times about his relationship with Pinkett Smith and had several references from her husband Will Smith.

The chorus of the song says, "The definition of entanglement / It's when you're tangled in the sheets / Girl I know that we don't call it a relationship / But you're still f--in' with me."

This comes days after Jada addressed the issue during an emotional episode of Red Table Talk with her husband Will Smith.

During the interview, the two opened up to each other about a rough phase in their relationship when they had both decided to stay in their personal spaces to heal while Jada ended up having an affair with Alsina.

"I got into a different kind of entanglement with August. It was a relationship, absolutely. I was in a lot of pain. I was very broken. In the process of that relationship, I definitely realized you can't find happiness outside of yourself," Jada said during the interview.

The entire issue along with the term 'entanglement' became hugely popular on social media after the Smiths cleared the air during the show.

The episode of the Red Table Talk interview had been watched widely on Facebook ever since it premiered on July 10.

These were the details of the news Bollywood News - August Alsina releases 'Entanglements' song after Jada,... for this day. We hope that we have succeeded by giving you the full details and information. To follow all our news, you can subscribe to the alerts system or to one of our different systems to provide you with all that is new.