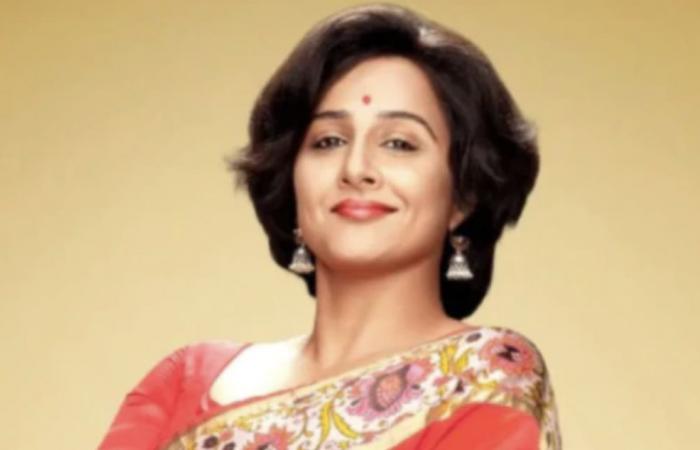 Thank you for reading the news about Vidya Balan teases trailer of 'Shakuntala Devi'... and now with the details

Ahead of the trailer release of her much-awaited biographical drama Shakuntala Devi, actor Vidya Balan on Tuesday shared an intriguing clip from the movie. By sharing the clip, the actor teased the trailer of the movie which will be out on Wednesday.

The Kahaani actor shared an intriguing clip from the movie as she teased the trailer of the much-awaited film on Instagram.

The short clip features a monochromatic shot of the real Shakuntala Devi who is shown seen teaching mathematics in a classroom who then transforms into Vidya Balan striking the same pose as the former.

It runs with a message, "who created a Guinness world record for 13-digit multiplication in 28 seconds?"

As the video progresses, Vidya answers in the voice-over, " Myself Shakuntala... Are you ready to be friends with my best friend Mathematics?" which follows with kids shouting in unison, "Yes!"The video read," Get ready to meet the genius from real to reel."

The actor captioned the post as," VerifiedReel ~ Real. Meet ShakuntalaDeviOnPrime July 31, on @primevideoin. Trailer out tomorrow!"

Helmed by Anu Menon, the story revolves around the journey of the real-life genius Shakuntala Devi, known as 'human-computer' and 'mental calculator' for her ability to make incredibly swift calculations on her fingertips.

The movie will also see other stars like Sanya Malhotra and Jisshu Sengupta in supporting roles. Shakuntala Devi' will be released on July 31 on Amazon Prime.

These were the details of the news Bollywood News - Vidya Balan teases trailer of 'Shakuntala Devi'... for this day. We hope that we have succeeded by giving you the full details and information. To follow all our news, you can subscribe to the alerts system or to one of our different systems to provide you with all that is new.