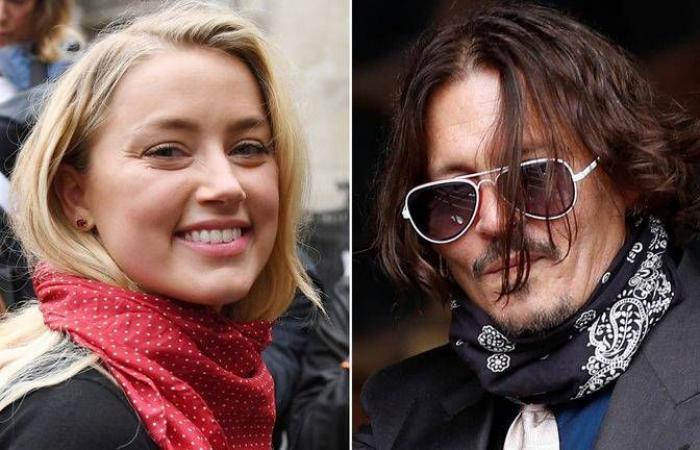 Thank you for reading the news about Johnny Depp denies attacking ex-wife during detox on... and now with the details

Aden - Yasmine El Tohamy - Actor Johnny Depp denied attacking his ex-wife while undergoing detox to ease himself off prescription drugs on his private island in the Bahamas, London's High Court heard on Thursday.

Depp is suing the publisher of Britain's Sun tabloid, News Group Newspapers, and its executive editor, Dan Wootton, over an article in which he labelled the actor a "wife beater", based on allegations from his former wife, actress Amber Heard.

Appearing in the witness box for the third day of a three-week libel trial, Depp was asked about an incident in August 2014 on his island in the Bahamas where he had gone to cut his dependency on prescription drugs and where Heard alleges he hit her and pushed her.

Depp told the court it was the "lowest point of my life", when he was in a great deal of pain, suffering uncontrollable spasms and sobbing like a child on the floor.

He accused Heard of withholding medication that would ease the process, calling it "one of the cruellest things that she has ever done", the court was told.

However, the Sun's lawyer Sasha Wass said Heard, 34, was following instructions from Depp's medical team and pointed out she had contacted a nurse who was staying on the island to say he was screaming and had pushed her.

"I did not push Miss Heard or attack her in any way," Depp said. "I was not in a condition to do so in any case."

In text messages Depp sent to Heard's mother at the time, read to the court by Wass, he praised her daughter for her "heroism" in "taking care of this old junkie" and that "it was Amber and Amber only who got me through it".

He also sent a text to Heard herself saying "Thank you so much for getting me fucking clean baby".

During the trial, the court has heard evidence about Depp's heavy drinking and drug use, and about his toxic relationship with Heard whom he married in 2015.

She filed for divorce 15 months after they wed and first aired allegations of abuse in 2016. But the court has heard claims that the 57-year-old actor started to physically abuse her three years earlier when he became "the monster" - an angry, violent alter ego brought on by jealousy, alcohol and drugs.

On Wednesday, Depp was asked about slapping and kicking her in a row on a plane over his belief she was having an affair with actor James Franco, and striking her during other arguments when he had fallen into a rage.

Depp argues that Heard was the aggressor, saying she had severed one of his fingers when she threw a bottle at him, and that he has never hit her.

He has told the court that the allegations were a hoax, and Heard appeared to have been building a dossier as an insurance policy, a suggestion he repeated on Thursday.

These were the details of the news Bollywood News - Johnny Depp denies attacking ex-wife during detox on... for this day. We hope that we have succeeded by giving you the full details and information. To follow all our news, you can subscribe to the alerts system or to one of our different systems to provide you with all that is new.