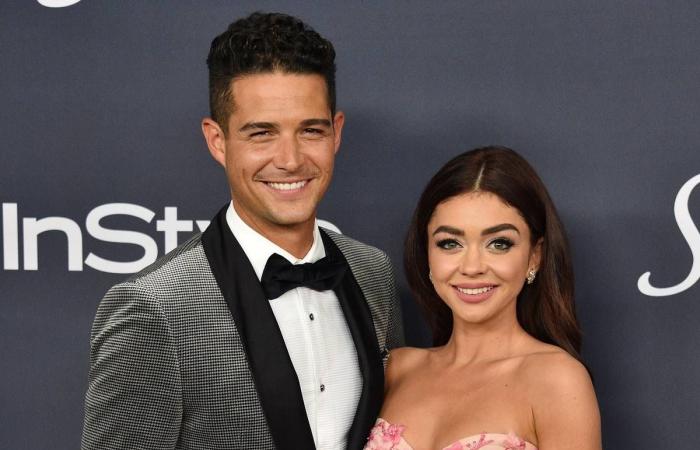 Thank you for reading the news about Covid-19: Modern Family star... and now with the details

Aden - Yasmine El Tohamy - According to Fox News, Hyland and Wells Adams appeared on Monday's episode of The Bachelor: The Greatest Seasons - Ever! and provided viewers with an update on their on their penciled-in date, which amid the COVID-19 pandemic has brought up questions of whether a ceremony will even take place and in what capacity.

Sarah Hyland told host and show executive producer Chris Harrison, "No plans as of right now. We've put all planning on hold. All of my family is mostly on the East Coast, so for them to fly out ... and just ages and, of course, with my health risks, we want to be as safe as possible."

Hyland is aware of the multitude of risk factors, as she has kidney dysplasia and is immunocompromised.

In May, Adams said that the quarantine restrictions made staying at home a little bumpy but said, ultimately, the ample time together all but solidified his selection of the Wedding Year actor as the woman he wants to grow old with.

Adams, told Us Weekly at the time, "If anything it's, like, reconfirmed that I made a good decision. I mean, it's obviously been- this whole thing has been scary and anxiety-ridden just because you don't know the future, but it's been nice spending a lot of time with her."

He added, "If this had never happened, I would have been working on a different project and then '[Bachelor in] Paradise'. I would have been gone for basically the entire summer. So, you got to silver-lining this thing or glass half-full. It's been nice to get to spend a bunch of time with my fiancee."

The Modern Family star also said in May, while sending birthday wishes to Adams on Instagram, that perhaps she and the reality star should simply say to heck with a traditional wedding and exchange their "I do's" at a local city hall instead.

She wrote, "Happy Birthday to my future husband 2020 has not gone the way we thought it would but my love for you is at least one thing that will never change. Maybe we'll get married at city hall and use this picture as our announcement."

Hyland and Adams announced their engagement last July after their romance began in 2017.

These were the details of the news Bollywood News - Covid-19: Modern Family star... for this day. We hope that we have succeeded by giving you the full details and information. To follow all our news, you can subscribe to the alerts system or to one of our different systems to provide you with all that is new.