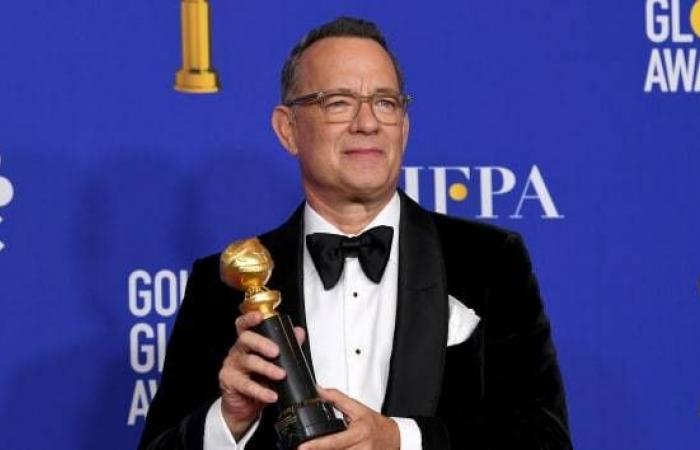 Thank you for reading the news about Tom Hanks on Covid-19: I have ... and now with the details

Aden - Yasmine El Tohamy - US actor Tom Hanks said Tuesday that Hollywood has "no idea" when it can return to production, as he described his own recovery after contracting the coronavirus, which has shut down the movie industry.

The Oscar-winner in March became the first high-profile star to come down with Covid-19, shortly before he was due to begin shooting an Elvis Presley biopic in Australia.

"As the canaries in the coal mine for the Covid-19 experience, we are fine - we had about 10 days of very uncomfortable symptoms, not life-threatening, I'm happy to say," he told a virtual press conference.

Hanks said that he and his wife Rita Wilson were fortunate to be "model recoverers from Covid-19," but noted that "any number of things" could have gone wrong.

With the virus rampaging across the US - which has recorded more than 126,000 deaths and 2.6 million cases - many states have been criticized for reopening too early.

California gave the all-clear for filming to resume earlier this month, but most major Hollywood productions remain frozen - a situation Hanks does not expect to change soon.

He added: "Everything comes into play - there's financial concerns, there's legal concerns, liabilities. There's physical concerns about 'how does everybody get to work and go into the same soundstage, and work in such close quarters?'"

Now living in isolation under social distancing rules, Hanks has watched as blockbuster titles postponed their launches, scrambling for dates later this year and into 2021, when studios hope audiences can return.

On Monday, as Los Angeles County experienced a new daily record number of cases, Mayor Eric Garcetti announced a "hard pause" in the opening of businesses including movie theaters. Cinemas are also yet to reopen in New York and a number of other US cities.

Hanks' own World War II naval thriller Greyhound will skip the big screen entirely, after Sony agreed to sell the movie as an Apple TV+ exclusive. Hanks, who wrote the screenplay and stars in the movie, admitted he is "heartbroken" the film will not appear in theaters.

But he described the deal to stream it online worldwide from July 10 as a "savior" that "offers us the opportunity to have the movie out."

Movie productions have recently resumed in some countries including Iceland, South Korea and New Zealand, but Hanks said he has no timeline for returning to Baz Luhrmann's Elvis.

"The answer is nobody knows. And me included," said Hanks. He added: "There is nothing but questions as far as starting up physical production again. That's the terrible news."

These were the details of the news Bollywood News - Tom Hanks on Covid-19: I have ... for this day. We hope that we have succeeded by giving you the full details and information. To follow all our news, you can subscribe to the alerts system or to one of our different systems to provide you with all that is new.