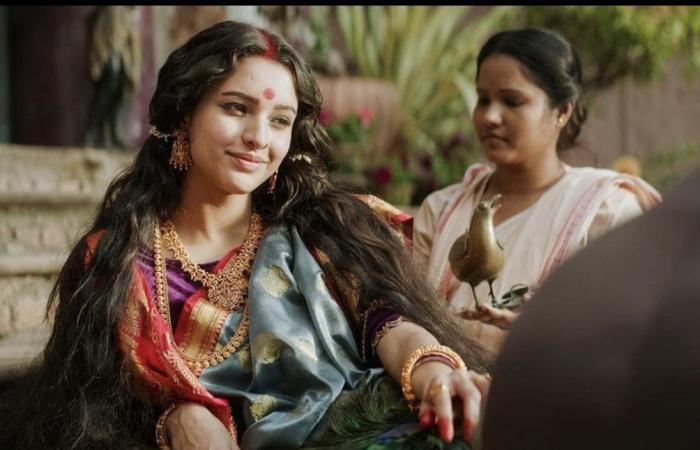 Thank you for reading the news about 'Bulbbul' actress Tripti Dimri opens up on... and now with the details

Aden - Yasmine El Tohamy - Tripti Dimri's performance in Bulbbul, the new horror film that was released digitally, has been widely acclaimed. The actress has opened up on fighting her fears and stepping out of her comfort zone to become an actress.

Tripti took to Instagram on Monday to talk about the same. The actress also spoke about the difference between her real-life personality and her on-screen character in Bulbbul.

"Growing up, I was extremely different from the character I play in Bulbbul. I was not an extrovert at all! She's curious and excitable and I was the opposite of it. I was very shy and I never felt comfortable participating in school functions and activities. I even hated getting doubts cleared in class because I didn't like having all those eyes on me."

"Something changed when I got to college. I realised it's time I take to the stage and face the world. I became more involved in college activities and even joined a modelling agency, which turned out to be the door that opened these opportunities for me. I remember putting off giving my first audition because the thought of facing the camera terrified me. Surprisingly, I did well and I got selected, which led to my debut movie Poster Boys."

"From being uncomfortable with so many eyes on me to now feeling at home on a set, I've come a long way. I am here because I chose to fight my fear and get out of my comfort zone. I chose to trust myself and stopped listening to my insecurities. I'm still nervous in new situations, I still fumble but I now know you can always overcome those fears and give it your all."

"Remember, fear is just a feeling and no feeling is permanent. Fight it even if you fail. You can always get back up and try again. I'm glad I chose to fight," Tripti wrote on Instagram.

She also shared a photo of her character Bulbbul's childhood (played by child actor Ruchi Mahajan) and the grown up Bulbbul (played by herself) in the horror flick. Tripti also shared a throwback photo from her childhood.

Meanwhile, netizens are demanding to #BoycottNetflix on Twitter as they find the Bengali folk song Kalankini Radha used in the film and its English subtitles offensive to Hindu religious sentiments.

These were the details of the news Bollywood News - 'Bulbbul' actress Tripti Dimri opens up on... for this day. We hope that we have succeeded by giving you the full details and information. To follow all our news, you can subscribe to the alerts system or to one of our different systems to provide you with all that is new.