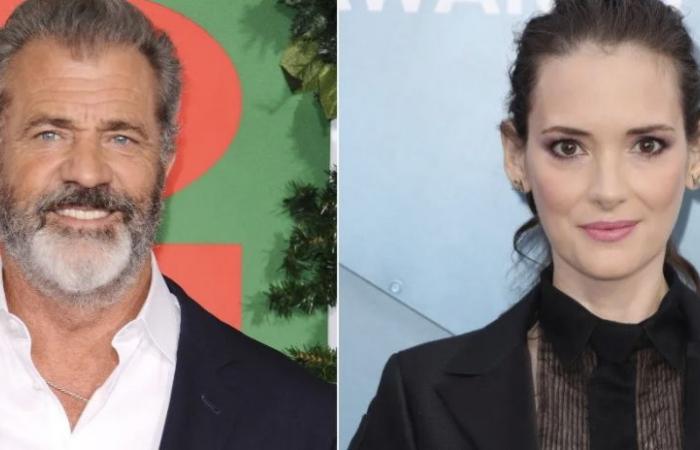 Thank you for reading the news about Mel Gibson denies Winona Ryder's charge that he made... and now with the details

Hollywood veteran Mel Gibson has denied actress Winona Ryder's allegation that he made homophobic and anti-semitic comments to her at a party.

Now, Gibson's representative has accused Ryder of lying about their interactions, reports variety.com.

"This is 100 per cent untrue," said the representative, adding: "She lied about it over a decade ago, when she talked to the press, and she's lying about it now."

In a recent interview with the Sunday Times, Ryder had again accused Gibson of making anti-Semitic and anti-gay comments. She has narrated similar stories in the past, including in a 2010 GQ profile.

"We were at a crowded party with one of my good friends," Ryder told the reporter from the Telegraph, adding: "And Mel Gibson was smoking a cigar, and we're all talking and he said to my friend... 'Oh wait, am I gonna get AIDS?'"

The actress went on to share that Gibson later "tried" to apologise to her about his comments - something which Gibson's spokesperson said is false.

"She lied about him trying to apologise to her back then. He did reach out to her, many years ago, to confront her about her lies and she refused to address it with him," the representative said.

Gibson's Hollywood career hit a roadblock in 2006 when he was arrested for anti-semitic comments. He also used racial slurs in audio recordings of a fight with former girlfriend Oksana Grigorieva, which was published in 2010.

His career has recovered from the slump a bit, He was nominated for an Oscar for directing the 2016 war film Hacksaw Ridge and appeared in the hit Daddy's Home 2.

These were the details of the news Bollywood News - Mel Gibson denies Winona Ryder's charge that he made... for this day. We hope that we have succeeded by giving you the full details and information. To follow all our news, you can subscribe to the alerts system or to one of our different systems to provide you with all that is new.