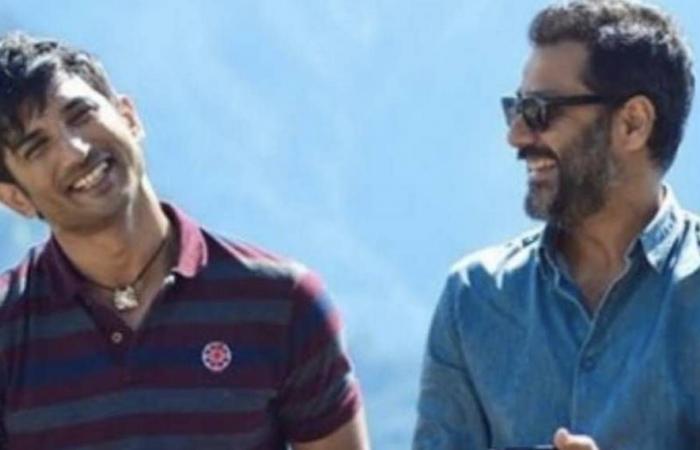 Thank you for reading the news about Abhishek Kapoor: Sushant was a highly intelligent ... and now with the details

Aden - Yasmine El Tohamy - Director Abhishek Kapoor, who had launched late actor Sushant Singh Rajput in Bollywood with Kai Po Che, has described him as a "unique gem" that needed "gentleness and care".

Sushant's suicide on June 14 sent shock waves through the country. The tragic incident has put the spotlight on the importance of mental health and support structures needed. It has also brought attention on the negative culture of nepotism in Bollywood.

Speaking of Sushant and the impact of Bollywood, Kapoor said: "It's not really visible, but there was a systematic dismantling of a fragile mind".

"I kept telling Sushant, you're already a star, don't expect others to validate that for you. It's really unfortunate, he kept seeking a validation he could not get," Abhishek said on the web show Enquiry.

Calling for urgent introspection within the Bollywood fraternity, he said: "Don't discredit the outsiders. Celebration of an artiste is oxygen for him, he will die if you don't celebrate him."

About Bollywood, he said: "Above all, there's a management that treats you like a commodity. It shreds the human being out of you. No one looks at the temperament of an artiste, how uniquely you have to be managed. You're going to make crores of him, at least take care of him mentally, spiritually, creatively."

Giving insight into Sushant's state of mind, he said: "Sushant was fragile, he had become fragile. He was incredibly intelligent, but he was also a complicated guy. Because you couldn't stereotype him, you start to say he's off."

In an emotional moment, he also read out the last message he had sent to Sushant.

He said: "I had not spoken to him for about a year-and-a-half. There were times, you talk and then you'd go away to do a film. He must have changed his number 50 times and I remember when Kedarnath was coming out, the media had just slammed it. I don't know what happened, he could see that he was not getting the kind of love because everything was centered around Sara (Ali Khan) that time. He was just kind of lost. When the film released and it did really well, I sent him a message.

"The message said, 'Bro I have been trying to reach you, I'm not sure if you are upset, or just busy, but call me so we can chat. We made a super film together, again. If we are not going to celebrate it then what the hell are we going to celebrate in life? So please call me, I love you.' He didn't respond. He didn't respond on his birthday. I said to myself just let it be. I could see he was not in a good place but you cannot cross a line. You have to meet someone halfway. You can reach out to someone but only to an extent. If you give unsolicited advice, it is never appreciated and it loses its value. Sometimes I used to think I should call him but then I used to think when he calls me, I'll get a hold of him. He never called."

These were the details of the news Bollywood News - Abhishek Kapoor: Sushant was a highly intelligent ... for this day. We hope that we have succeeded by giving you the full details and information. To follow all our news, you can subscribe to the alerts system or to one of our different systems to provide you with all that is new.