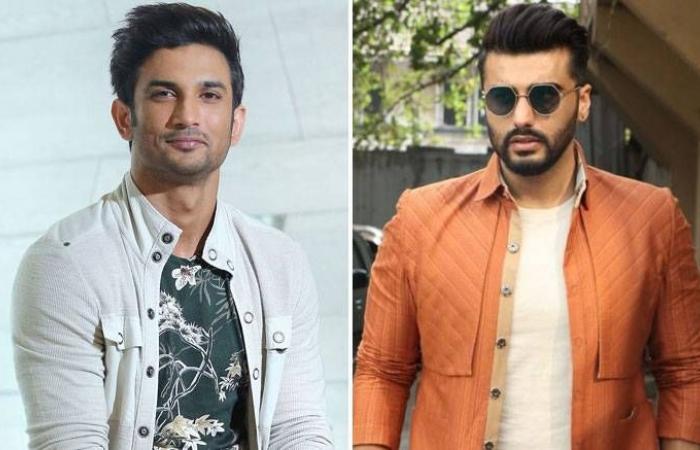 Thank you for reading the news about Arjun Kapoor shares screenshot of last message to ... and now with the details

Aden - Yasmine El Tohamy - Actor said he could relate to Sushant's pain of being without his mother.

Actor Arjun Kapoor on Monday mourned the demise of his contemporary Sushant Singh Rajput and shared a screenshot of their last conversation.

On December 13, 2018, Arjun reached out to Sushant and congratulated him for Kedarnath while wishing him luck for Sonchiriya, which released in 2019.

The Aurangzeb star put out a post on Instagram featuring a picture of the screengrab, and a snap of himself sitting next to Sushant.

Arjun wrote, "18 months ago... My last msg to him was when he posted about his mom a week after the release of Kedarnath. He was missing her I assume while the movie was being celebrated. I didn't know him well enough though our paths crossed at yrf, events & screenings every now & then."

Confessing that he felt the pain of Sushant missing his mother, Arjun added, "I can't say I understood what made him make this choice. I can say I felt the pain he did about losing his bearings & feeling that void of his mother. I hope ur in a better & happier space my friend. I hope u have found ur peace. We will all wonder & try & make sense of what happened today. I just hope & pray that when the circus settles down we as a society in due course realise ur choice wasn't driven by one singular moment or thing but a culmination of so much that defines a human being not just by the profession u were in. Rest my dear brother Sushant you are now I hope at peace."

These were the details of the news Bollywood News - Arjun Kapoor shares screenshot of last message to ... for this day. We hope that we have succeeded by giving you the full details and information. To follow all our news, you can subscribe to the alerts system or to one of our different systems to provide you with all that is new.