Bollywood News - When Abhishek Bachchan was thrown off the sets of ... 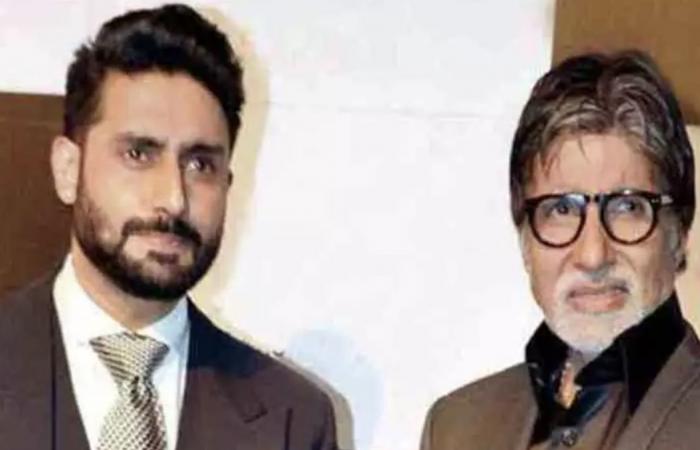 Thank you for reading the news about When Abhishek Bachchan was thrown off the sets of ... and now with the details

Aden - Yasmine El Tohamy - The Bollywood actor recalls how he was thrown off the sets of Amitabh Bachchan's 1983 movie, 'Pukar'

Abhishek Bachchan has taken to Instagram to share memories of being thrown off the sets of Amitabh Bachchan's 1983 hit, Pukar, in Goa.

The actor, who was around five or six back then, revealed that he got excited after seeing a fake sword, which was a prop for the film and was sent back to the crew hotel after he broke it before the climax shoot!

Abhishek further revealed that his partner in crime was Goldie Behl, whose father Ramesh Behl was the director of the film.

"Two childhood best friends who wanted to make a movie together ever since they were thrown off the set of their fathers film for breaking the props because as a 5 yr old and 6 yr old we got excited seeing fake swords on set. The movie was #Pukar and @goldiebehl's father ( the great Ramesh Behl) was the Director and my dad the lead. During the climax shoot in Goa we chanced upon the fake swords and started playing with them and then eventually breaking them. We were promptly sent back to the crew hotel. 19 yrs later we made our first film together," Abhishek wrote.

He further mentioned in his post that the "first film together" was Bas Itna Sa Khwaab Hai (2001). The film, which marked Goldie Behl's debut as a director starred Abhishekb alongside Rani Mukerji and Sushmita Sen.

Abhishek is all set to complete 20 years in the film industry. To celebrate, he has started an Instagram series titled #RoadTo20, which is an attempt to take viewers through the 20 years of his life as an actor. This is the first post from that series.

These were the details of the news Bollywood News - When Abhishek Bachchan was thrown off the sets of ... for this day. We hope that we have succeeded by giving you the full details and information. To follow all our news, you can subscribe to the alerts system or to one of our different systems to provide you with all that is new.