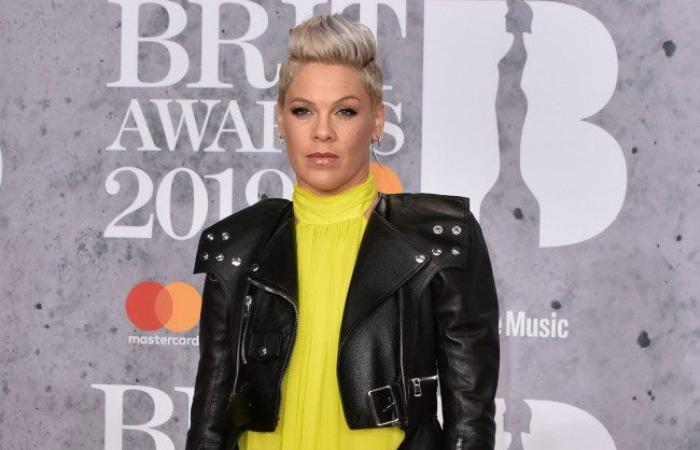 Mohamed Nass - Dubai - Pink is planning to take a year off.

The 40-year-old singer has had a hectic time since returning from a five-year hiatus with her 2017 album 'Beautiful Trauma' and this year's follow-up 'Hurts 2B Human' so is going to take a break in 2020 in order to focus on the needs of her family, husband Carey Hart and their children Willow, eight, and Jameson, two.

She told 'Entertainment Tonight': "We did two and a half years of [music], and Willow's back in school now.

"Jameson's going to start pre-school soon. It's kind of the year of the family. And Carey has a lot going on as well. He's super supportive, he follows me around the world and now it's his turn."

The 'Just Like Fire' hitmaker loves taking her family to work with her and she walked the red carpet again with her spouse and children at the CMA Awards at the Bridgestone Arena in Nashville, Tennessee, on Wednesday (13.11.19).

Asked why she brings them along, she said: "They just make it fun for me. They have so much fun."

"There's just so much to see, and it's really cool. This is [Willow's] second CMAs. She was a princess last time."

Pink - who performed at the ceremony with Chris Stapleton - will celebrate her 14th wedding anniversary to the motocross racer in January and feels "lucky" that they are still together.

She said: "He deserves a trophy! We used to make a big deal out of it, now we're just lucky to be together."

The 'So What' singer recently admitted her marriage to Carey had been life-changing for her.

She said: "Isn't marriage fun? Yeah, we fight for each other... There's been so many [life-changing moments], I don't even know."

"I think it was probably Carey and I's ride this whole time. Just becoming a woman. Going from a kid, a derelict to becoming a woman and figuring out who I am and finding my village."

These were the details of the news Pink planning career break for this day. We hope that we have succeeded by giving you the full details and information. To follow all our news, you can subscribe to the alerts system or to one of our different systems to provide you with all that is new.