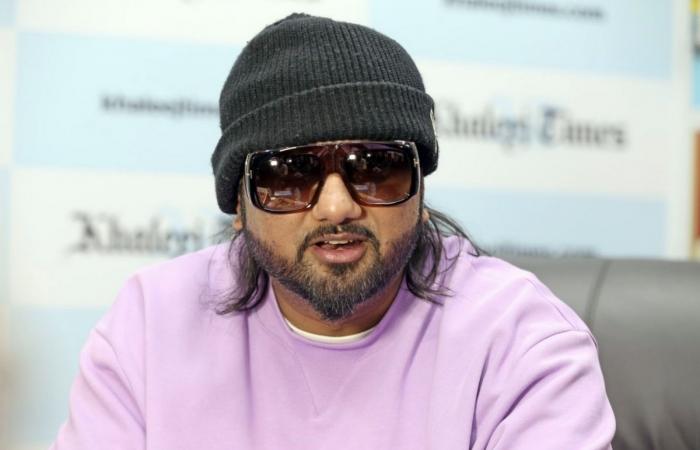 Love him or loathe him, you certainly can't ignore him. Singer, songwriter, music producer-director, rapper and actor Yo Yo Honey Singh is a hot name in both Bollywood and Punjabi fusion music, with a growing worldwide fanbase. Ahead of making his way to Bollywood Parks for a spectacular NYE performance that will surely go down as one of his most memorable yet, Singh dropped into the Al Khaleej Today office today to talk up his concert.

We asked Singh how it felt to kick off the New Year in the presence of so many fans, when most people would be spending the occasion with close family or friends.

"It's amazing to perform in Dubai on NYE. For me, Dubai is the best place in the world to party. I think if it's NYE, it's going to be massive. I'm lucky that I'm performing tonight."

He revealed that there's no particular ritual before he goes on stage. "I don't do any rehearsals. I just observe the audience, how they are going to respond, what they are feeling. If they want a high-tempo song, we do everything seamlessly. I drop a high-tempo song. When I feel like they want to slow down, then I drop love songs. There's no formula for sure."

Which are the most popular songs that audiences want to hear when he's up on stage? "I get a big response for all my songs, but it's Chaar Bottle Vodka and High Heels that get a massive response. People love both those songs."

Singh performed recently in Abu Dhabi. How does he keep his energy levels up for back-to-back concerts? "It's all about the vibe of the city, the country. The UAE is so positive, so whenever I perform in Dubai or elsewhere in the UAE, it gives me another level of power and energy. I don't do much to get it - it just happens."

Honey Singh will be performing tonight at the Bollyboom New Year's Bash at Bollywood Parks Dubai from 8pm onwards. Tickets are available on Book My Show and www.dubaiparksandresorts.com

Read our entire interview with Yo Yo Honey Singh in City Times soon.

These were the details of the news Bollywood News - Why Yo Yo Honey Singh loves performing in the UAE for this day. We hope that we have succeeded by giving you the full details and information. To follow all our news, you can subscribe to the alerts system or to one of our different systems to provide you with all that is new.