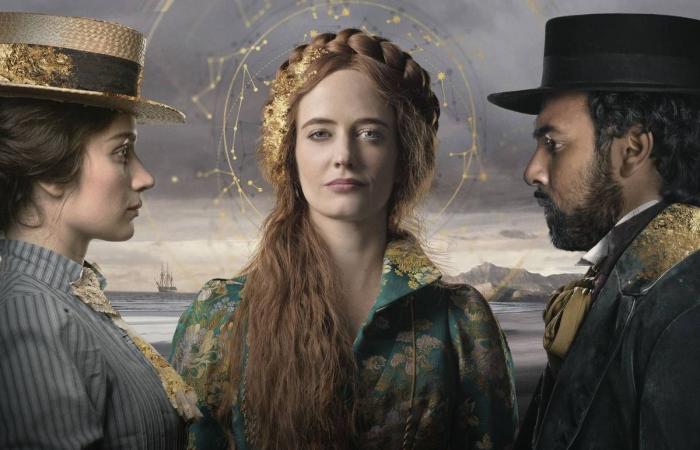 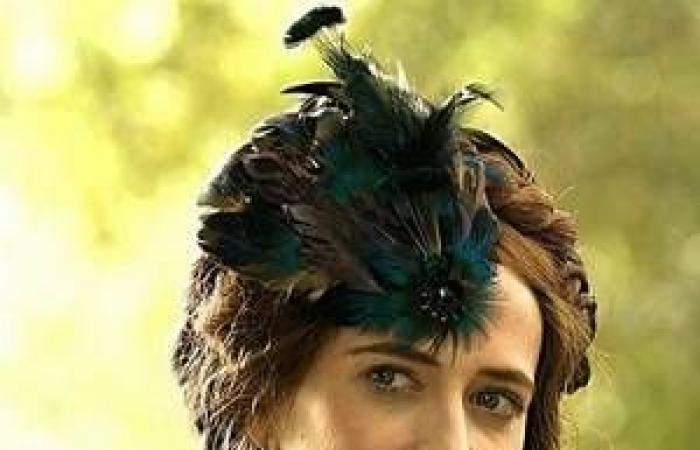 Thank you for reading the news about Eva Green on 'fascinating astrology' in new show The... and now with the details

Aden - Yasmine El Tohamy - Saturn must be rising in our house or something, because it was with an enormous amount of luck we recently sat down with French actor Eva Green for a one-on-one web call to talk about her latest role, playing the seemingly scheming fortuneteller Lydia Wells on StarzPlay's latest historical series The Luminaries.

Based on the eponymous 2013 Eleanor Catton novel, The Luminaries follows the story of Anna Wetherell (Eve Hewson) a British emigrant to New Zealand looking to build a new life during the country's mid-1800s West Coast Gold Rush. Having all her money stolen upon arrival, the young woman is lured into a plot of blackmail, fraud and false identity, which ultimately finds her framed for murder and fighting for her life. Largely shown through flashback, the show also stars Himesh Patel who plays Eve's romantic interest, whom she met on the voyage over, alongside Green who initially lays a trap to ensure that an early planned rendezvous between the young lovers never takes place and Anna is forced to work in Lydia Wells's house of fortune.

"My character I think is gifted, but sometimes she's acting," Green says of Wells's ability to truly see into the future. "People go to her after a rough day and sometimes she's playing a bit."

It has been a long-held ambition to speak to the actor since first coming across her work in 2006's James Bond reboot, Casino Royale. A captivating screen presence, Green often brings an enigmatic quality to the roles she accepts and Wells is no exception.

"But I'm not like her!" she said to dissuade any comparisons with the gothic impresario. "She's quite full-on! I wish I could be like her more."

Talking from a locked-down London, the softly spoken star said she and her family were all well, which 'is what matters,' and has actually found the astrological knowledge she picked up while playing Wells comforting.

"Like everyone you see astrology stuff in magazines, but I never really took it seriously until I did a bit of homework for this job and it was fascinating. It's actually very complicated. The great astrologists probably have a sixth sense."

A six-part serial, The Luminaries, Green said, offers a rare insight into a period of history not often documented on screen. In fact, before filming, she was unaware New Zealand underwent a 'Once Upon A Time in The West' era where its then untouched rural regions attracted prospectors from across the globe searching for precious metal and giving birth to transient, often lawless, towns and settlements. Gruff, gold mad and more-often-than-not male characters made up the numbers.

"Lydia's a feminist ahead of her time," said Green. "She's a business owner in this very harsh environment. She's not perfect. She's often blinded by her ambition. She's a complex character.

"In the first two episodes you think 'oh my gosh'. But there is more to her - cracks in her armour. She's very much in love with the mysterious Carver (Marton Csokas) and that redeems her. It gives her humanity. That's the joy of doing multiple episodes. You have time to develop the character."

So, is the move back to TV a permanent arrangement?

"Personally I love doing a miniseries because you don't get involved for five years or forever. It's like a very long movie. There are still films where you can develop a character - it's just more fast forward. It's a new world and I'm trying to embrace it. I wish people went to the cinema a bit more."

What do you think The Luminaries offers a UAE audience?

"The opportunity to discover a new part of history and it's a great love story. The main character Eve goes to an exotic country to begin a new life and she falls in love. The lovers are constantly drawn apart. It's a romantic adventure."

Did you research the original book?

"Ours is a bit different from the book, so I didn't want to be influenced by that version. I wanted to stick to the script, which was so well written."

Catch The Luminaries on StarzPlay now.

These were the details of the news Bollywood News - Eva Green on 'fascinating astrology' in new show The... for this day. We hope that we have succeeded by giving you the full details and information. To follow all our news, you can subscribe to the alerts system or to one of our different systems to provide you with all that is new.