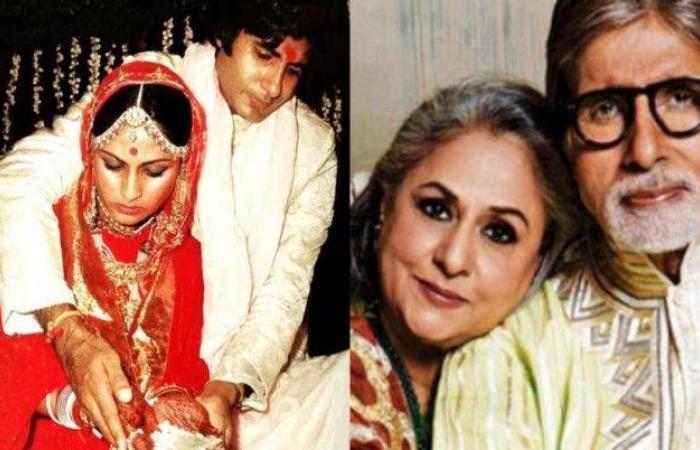 Thank you for reading the news about It's 47 years of wedded bliss for Amitabh and... and now with the details

Aden - Yasmine El Tohamy - The actor shared photographs from his wedding which was held on June 3, 1973.

On his 47th wedding anniversary, Amitabh Bachchan has shared the story behind his marriage with Jaya Bhaduri, which happened shortly after the success of the duo's 1973 release, Zanjeer.

While the Prakash Mehra film hit theatres on May 11, 1973, Amitabh and Jaya tied the knot less than a month later on June 3.

The veteran actor also shared photographs from their wedding mandap where he can be seen applying vermilion on bride Jaya's forhead as his father Harivansh Rai Bachchan recites a prayer.

Big B also took to his blog to talk about his wedding.

"The unending wheel of life keeps in rotation and in ever increasing motion .. 47 years ago it waited too for the beginning of the life for life .. the presence of the progress report surrounds us all as it strikes midnight .. there is the blessings of many .. and our gratitude for all.." he wrote.

These were the details of the news Bollywood News - It's 47 years of wedded bliss for Amitabh and... for this day. We hope that we have succeeded by giving you the full details and information. To follow all our news, you can subscribe to the alerts system or to one of our different systems to provide you with all that is new.