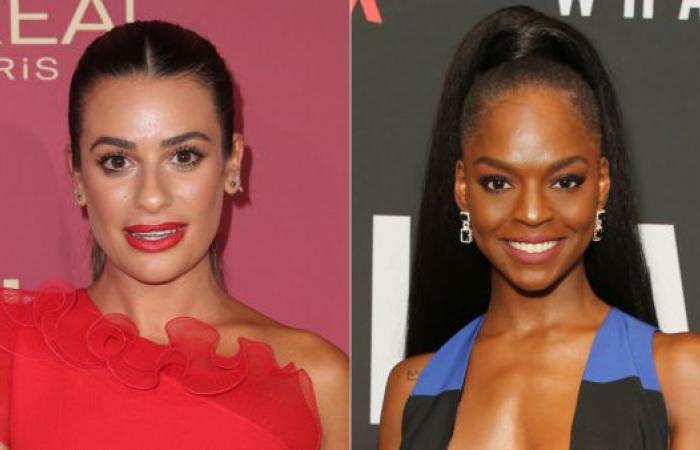 Thank you for reading the news about 'Glee' actress accuses Lea Michele of making her life on... and now with the details

Aden - Yasmine El Tohamy - She tweeted in response to Michele's social media post about the George Floyd protests in America.

Glee actor Samantha Marie Ware has accused her former co-star Lea Michele for making the experience of working on the show a "living hell" for her due to "traumatic microaggressions".

Ware lamented her co-star while replying to a tweet from Michele in support of Black Lives Matter movement, which has enraged in the US after the death of George Floyd, reports variety.com.

"George Floyd did not deserve this. This was not an isolated incident and it must end. #BlackLivesMatter," Michele had tweeted.

To which, Ware responded: "LMAO. Remember when you made my first television gig a living hell?!?! Cause I'll never forget. I believe you told everyone that if you had the opportunity you would 's**t in my wig!' amongst other traumatic microaggressions that made me question a career in Hollywood."

Ware, who wrote the response in all caps, had a guest recurring role as Jane Hayward in the sixth season of Glee in 2015. It was her first TV role, and she went on to appear in What/If, Chicago Med and God Friended Me.

Michele played Rachel Berry, one of the main cast members throughout all six seasons of Glee. For her lead role, she received two Golden Globe nominations and one Emmy nomination. Since Glee ended, she has starred in Scream Queens and The Mayor.

These were the details of the news Bollywood News - 'Glee' actress accuses Lea Michele of making her life on... for this day. We hope that we have succeeded by giving you the full details and information. To follow all our news, you can subscribe to the alerts system or to one of our different systems to provide you with all that is new.