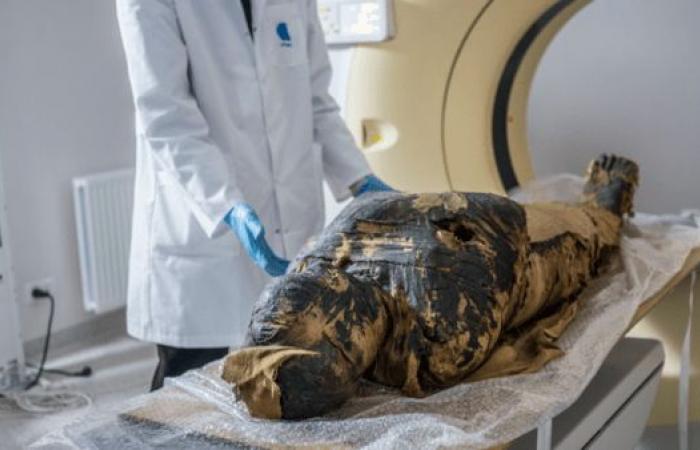 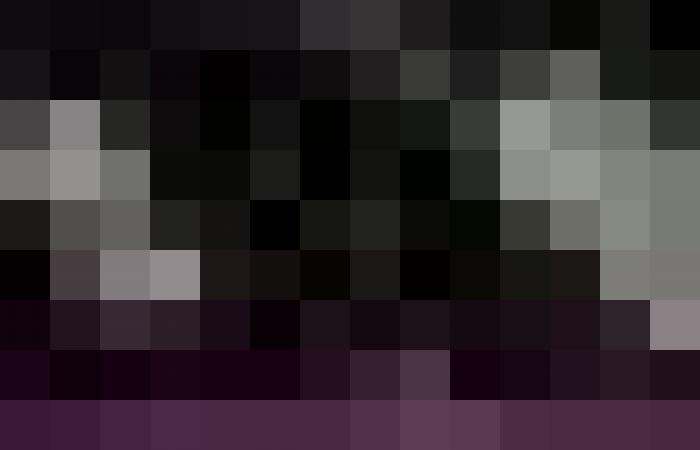 A team of scientists at the University of Warsaw in Poland is studying the world’s first known pregnant mummy, which was revealed in April 2021, and which the ancient Egyptians were able to embalm while keeping the fetus preserved inside it for more than two thousand years.

There are many questions about that woman.. Who is she? And how did she die a little over 2,000 years ago?

Before the Warsaw Mummy Project analyzed the remains, no one had ever seen a fetus in a mummified body before, according to Science Alert.

A closer examination using a CT scan revealed that the woman was between 20 and 30 years old when she died and was between 26 and 30 weeks pregnant. Scientists were able to take a closer look at the fetus to find out how it survived to the present day.

According to the new study by the Warsaw Mummy Project team, the mummy was preserved by acidifying the woman’s body as it decomposed. The team noted that the body was “pickled” in an acidic environment in a process similar to how ancient bodies are preserved in swamps.

“During the embalming process, the deceased was covered with natural soda, which was intended to dry out the body, however, the fetus remained in the womb and began to permeate in the acidic environment,” said archaeologist and co-director of the Warsaw Mummy Project, Marzena Oarek Zelke.

“The fetus remained in the womb untouched and began to permeate, and it’s not the most aesthetic comparison, but it conveys the idea,” said Wojchen Ismon, one of the scientists involved in the Warsaw Mummy Project, who led the study.

Esmon and Oarek-Zelke explained that the pH of blood in cadavers, including the uterine content, drops significantly, becomes more acidic, and concentrations of ammonia and formic acid increase over time. Placing the body and filling it with natron significantly limits the access of air and oxygen to the corpse. The end result is a tightly closed uterus that contains the fetus, they describe.

X-rays show the fetus inside the mummy

Not unlike the natural embalming process that occurs in peat bogs, the highly acidic environment “pickles” the soft tissues, but removes minerals from the bones, the scientists said. They added that the process of bone demineralization in an acidic environment could be compared to the experiment with an egg. Imagine putting an egg in a bowl filled with acid. The eggshell dissolves, leaving only the interior of the egg (the albumen and yolk) and minerals from the eggshell dissolved in the acid.

The reason for the difference between the body of the mysterious lady and the body of the fetus is that they are mummified differently. The woman’s mummification took place using natron, a mixture of natural salt that the ancient Egyptians used to dry and disinfect bodies. The fetus in her womb is also tightly sealed, mummified in the acidic environment resulting from the chemical reaction that took place.

The discovery may help archaeologists reveal why the fetus was left intact when the other internal organs of the “mysterious lady” were removed for mummification.

The scholar Oarek-Zelke indicated that it may have had something to do with the ancient Egyptian beliefs and resurrection in the afterlife.

And it’s still hard to draw any conclusions because we don’t know if this is the only pregnant mummy. At present, it is certainly the only known pregnant Egyptian mummy.

These were the details of the news Scientists reveal… How did the mummy of the “mysterious lady” preserve... for this day. We hope that we have succeeded by giving you the full details and information. To follow all our news, you can subscribe to the alerts system or to one of our different systems to provide you with all that is new.