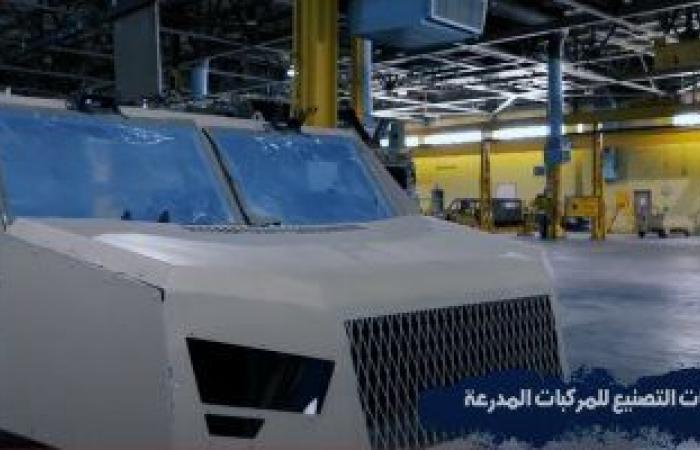 Engineer Mohamed Ahmed Morsi, Minister of State for Military Production, explained that this project comes within the framework of the directives of President Abdel Fattah El-Sisi, President of the Republic, to localize the armored steel industry, adding that as soon as these directives were received, the Ministry of Military Production began through (Factory 100 Military) in cooperation with one of the sector companies. The giant Egyptian private sector, which is one of the leading companies in using the latest technologies available in the steel industry for the joint manufacture of armored steel, out of the political leadership’s belief in the importance of integration between the public and private sectors to implement various national projects in a way that supports sustainable development strategies in the country and increases reliance on local manufacturing capabilities with Egyptian hands With the highest international quality standards.

The minister indicated that this project represents a great achievement, given that armored steel is a strategic product that represents the basis for the manufacture of combat and defense equipment, including armored vehicles and tanks, as the Egyptian state faced some challenges in previous periods to import this product, in addition to its high prices. Seriousness towards the localization of this industry is a huge event, through which armored steel produced in more than thicknesses will be self-sufficient and we will avoid any ban on its supply that may be imposed by external producing parties, and will also achieve savings in the free currency that was used to import it from abroad, pointing out that the Ministry of Military production aspires to export it abroad and open new regional and global markets, which contributes to achieving an added value to the Egyptian economy, stressing that the armored steel industry is an industry related to the country’s national security and that the Egyptian state’s keenness to produce it comes in light of the keenness to possess the ability because whoever possesses the keys to ability And strength is the one who can make peace, pointing out that the emergence of this project to the light was a real challenge, and it was not the result of the moment, but rather came after a strenuous effort by the various stakeholders involved in implementing it. The project.

Minister Morsi stressed that the major challenges that resulted from the Corona pandemic affected various industrial sectors and global economies, as well as prices, but their effects on the industrial sectors in Egypt were worked to contain thanks to the reforms adopted by the Egyptian government since 2014, which contributed In limiting the negative effects of the pandemic on these sectors, the Egyptian state has even written success stories, especially with regard to meeting the needs of the various sectors of the state.

Meanwhile, the media advisor to the Minister of State for Military Production and the official spokesperson for the ministry, Mohamed Eid Bakr, confirmed that the Ministry of Military Production is the main pillar of military industrialization in Egypt and boasts thousands of engineers and cadres with experience and competence in various fields, in addition to possessing distinct manufacturing and technological capabilities, laboratories and machines that match the latest machines and equipment. around the world, pointing to the ministry’s keenness to implement these types of projects to deepen local industrialization, increase value added, reduce imports, and provide foreign currency in a way that enhances the national economy and preserves national security.

These were the details of the news Watch the manufacturing processes of armored vehicles in military production factories for this day. We hope that we have succeeded by giving you the full details and information. To follow all our news, you can subscribe to the alerts system or to one of our different systems to provide you with all that is new.