Learn about the annual profits of businessman Hassan Ratib, accused in... 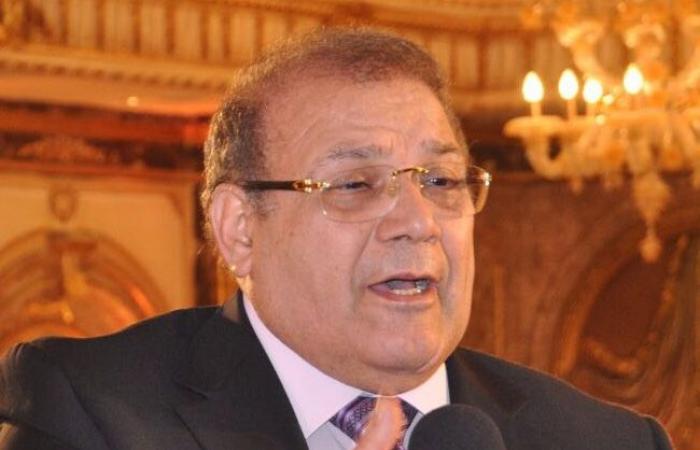 Public opinion has recently followed up on the latest developments in the “Great Antiquities” case, which has captured the attention of all economic and media circles, in which the famous businessman Hassan Ratib and former parliamentarian Alaa Hassanein, known in the media as the deputy of jinn and witchcraft, are accused.

In this report, we monitor the biography of businessman Hassan, salary and property, and the outcome of his annual income from the reality of papers and the minutes of investigations into the major antiquities case.

The Public Prosecution began investigations by confronting Hassan Rateb with the accusations leveled against him. After that, many introductory questions were asked to him about his upbringing, the nature of the monthly income, his academic qualifications, and his real estate and movable properties. He answered as follows:

Siblings: He has 3 male and 2 female siblings.

What do you say about the accusations attributed to you?

I reject these accusations altogether and in detail, and I have nothing to do with them, either closely or from afar.

What is the nature of your marital status?

He is married to two women, and has three daughters, a son from the first, and one daughter to the second.

What are your academic and academic qualifications?

Bachelor’s degree in Administrative Sciences from the Higher Institute for Cooperative Studies at Ain Shams University and a Ph.D. in Organizational Structures of Economic Entities from Canston University in America.

The annual income of a businessman hassan salary

How much is your monthly income?

– I can’t decide monthly, but my annual income from my companies is around 100 million pounds, but most of that money is reinvested in my projects.

What exactly is the nature of your business?

I work as the chief trustee of Sinai University in its branches, Al-Arish and Al-Qanatir Sharq, in addition to chairing the board of directors of several companies.

As for the previous positions, Hasan Rateb was the president and owner of several companies, which are as follows:

For previous positions, I have been:

– Chairman of the Board of Directors of several companies for cement, dairy, media, and shipping.

The property of businessman Hassan Ratib

To what extent do you own any real estate assets or movables?

I own a villa in Manial Shiha, on an area of ​​10,000 building meters and 10,000 square meters of garden, which overlooks the Nile opposite the Maadi area.

I also own a full role in one of the towers of Abdel Aziz Al Saud Street, which is 1000 meters on the Nile.

I own two villas in the compound.

I also own a palace in North Sinai.

In addition to a hotel in North Sinai, 250 rooms.

And another 160-room hotel in Al-Arish.

I also own a cement bags factory.

I also own a yacht in Manial Shiha.

I also own a private plane.

These were the details of the news Learn about the annual profits of businessman Hassan Ratib, accused in... for this day. We hope that we have succeeded by giving you the full details and information. To follow all our news, you can subscribe to the alerts system or to one of our different systems to provide you with all that is new.