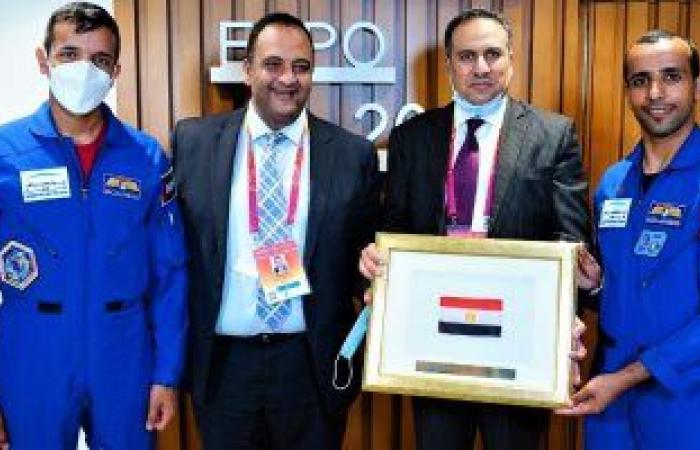 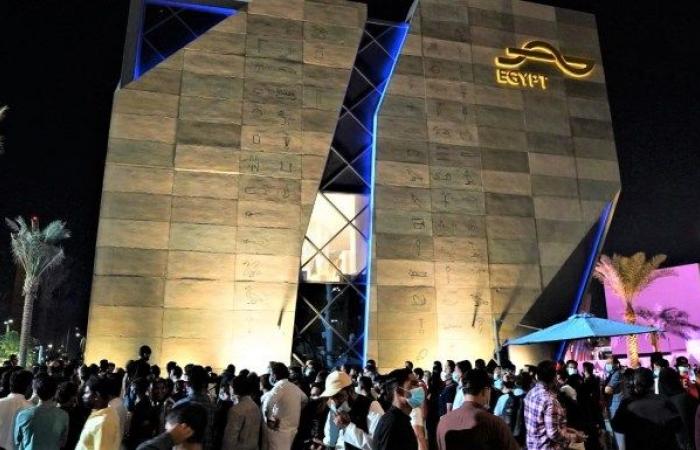 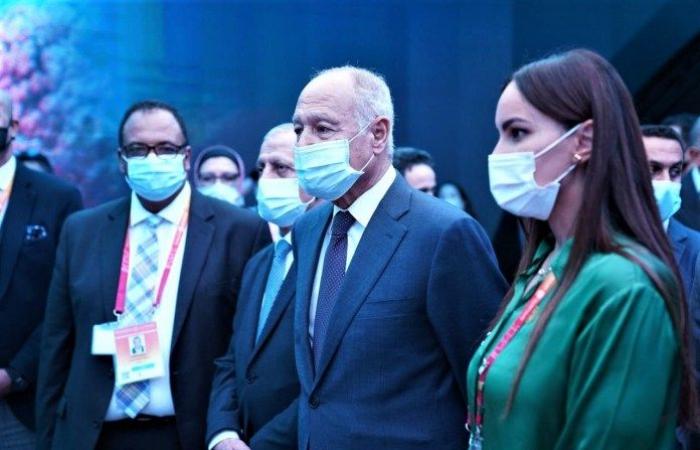 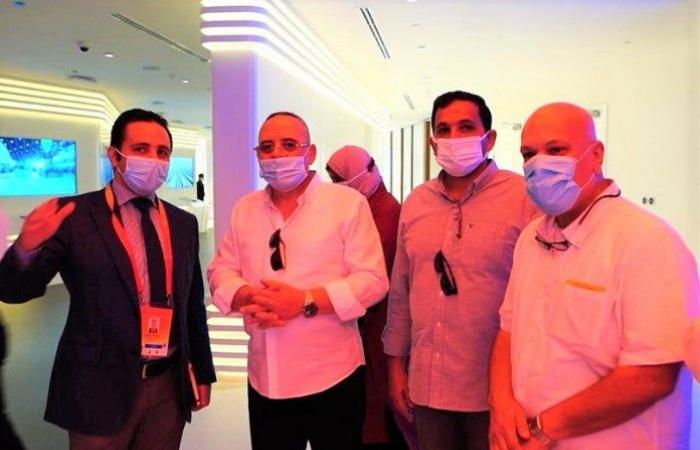 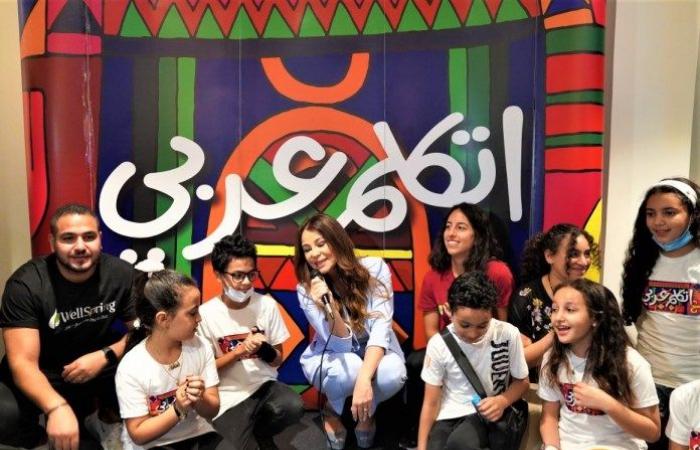 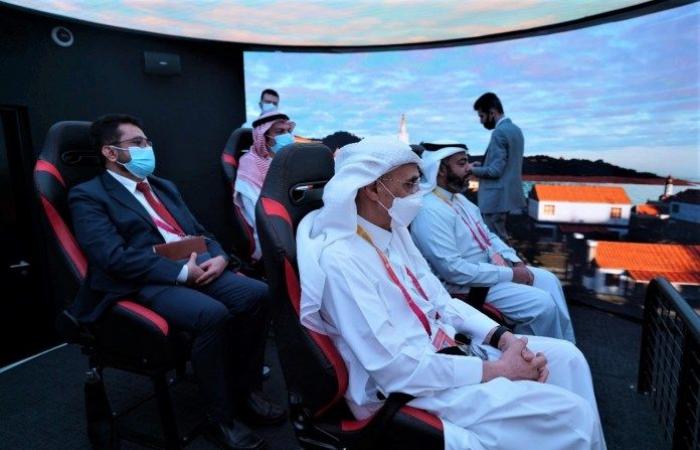 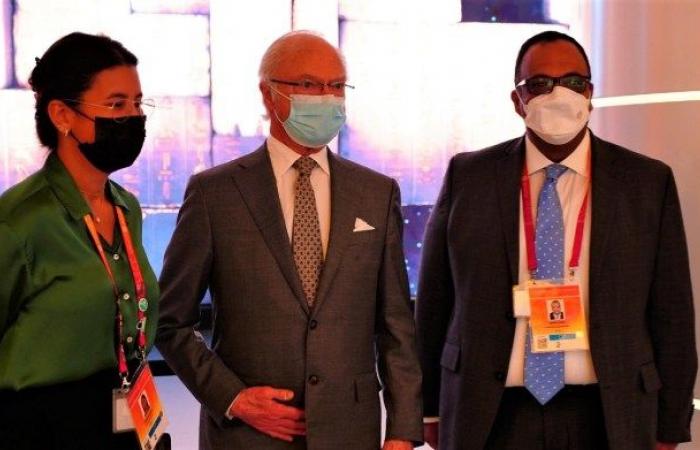 The Minister of Trade and Industry, Nevin Gamea, announced that the Egyptian pavilion participating in the activities had been skipped Expo 2020 Dubai has reached the half-million visitors mark, since its opening in early October until today, which places it among the list of the most attractive pavilions for visitors, pointing out that these large numbers are crowned by the positive impressions that visitors make of the pavilion’s content and interesting presentation.

The minister said, in a press statement, today, Friday, that the password for the fact that the Egyptian pavilion is one of the most prominent current stations in the Expo is the message that the pavilion presents to the visitor through the story that the pavilion tells about Egypt through the slogan “Nationality that enhances the future” to take the visitor on a journey through time. between the civilization of the past, the achievements of the present and the vision of the future, noting that the pavilion recently witnessed the launch of the activities of the Presidential Initiative by the Ministry of Immigration and Egyptians Abroad Affairs.Speak Arabic“.

For his part, Minister of Trade Commissioner Ashraf Hamdy, Head of the Egyptian Commercial Office in Dubai and Commissioner General of Egyptian Participation in Expo 2020 Dubai, said that the Egyptian pavilion received during the month of December many official visits and tours of prominent public figures from various countries, most notably the visit of the King of Sweden, which was the first royal visit since The opening, and the visit of Sheikh Saif bin Zayed Al Nahyan, Deputy Prime Minister and Minister of Interior of the United Arab Emirates, Roland Bosch, CEO of Siemens International, Chayute Thanakamanurson, Minister of Digital Economy and Society of Thailand, Dr. Ahmed Aboul Gheit, Secretary General of the League of Arab States, and Tito Cresin, Colombian Minister of Science and Technology, Alexei Gruzdev, Deputy Minister of Industry and Trade of Russia, Dr. Mohammed Al-Jasser, President of the Islamic Development Bank, Moza Al-Maktoum, Stefano Domenicali, CEO of the Formula One World Championship, Dr. Ahmed Al-Jarwan, President of the Global Council for Tolerance and Peace, and Major General Yasser Al-Asraiji, Director of the Department of Moral Affairs.

Hamdi indicated that the pavilion received yesterday, Hazza Al Mansouri, the first Emirati astronaut, who handed over the Egyptian flag that accompanied him on his historic mission to the International Space Station, to record an unprecedented Arab achievement, as the first Arab astronaut to reach the station. Wael Fathy, on behalf of the Consul General of the Arab Republic of Egypt in Dubai, and Minister Plenipotentiary Ashraf Hamdi, Commissioner-General of the Arab Republic of Egypt at Expo 2020 Dubai and Head of the Commercial Representation Office in Dubai.

Al-Mansoori expressed his pride and pride in carrying the flag of his country and the flags of a number of countries, including Egypt, during his journey into space, given that the state flag is the most valuable symbol that expresses love and appreciation, and expressed his admiration for the Egyptian pavilion and the content presented in it that reflects the ancient past and the prosperous future, expressing He expressed his wishes that his next trip to space would be accompanied by an Egyptian astronaut.

It is worth noting that a number of events and symposiums were held at the Egyptian Pavilion at the Expo during the month of December, including a symposium on “Towards Sustainable Energy in Egyptian Airports”, a symposium on “Innovation and Entrepreneurship and their Role in Economic Development”, and a symposium and celebration of “Speak Arabic” in the presence of the artist Carole Samaha and the writer Medhat El-Adl. And a symposium on “Suez Canal and Global Tourism”, “Internationalizing Egyptian Higher Education: Challenges and Opportunities”, and “Best Practices in Smart Cities”.

These were the details of the news The first Emirati astronaut to visit the Egypt Pavilion at the... for this day. We hope that we have succeeded by giving you the full details and information. To follow all our news, you can subscribe to the alerts system or to one of our different systems to provide you with all that is new.