What does Sisi’s decision to stop issuing ration cards mean to... 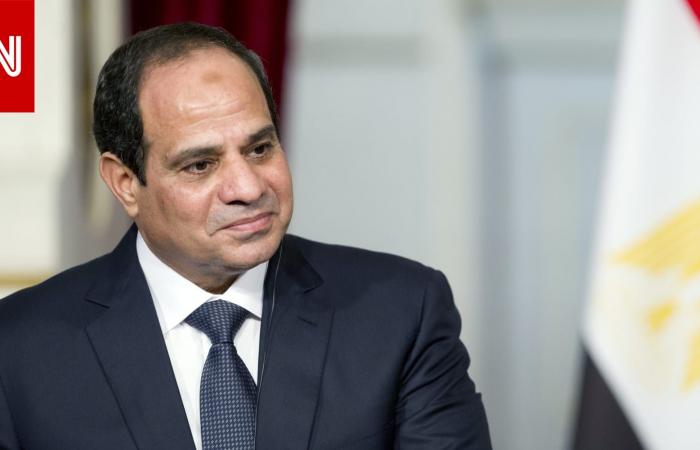 Dubai, United Arab Emirates (CNN)– Egyptian President Abdel Fattah El-Sisi announced the state’s intention to stop issuing ration cards to those who are about to get married or newly married, explaining his opinion that those who wish to obtain food support should not have married in the first place because they are not Able to assume the financial responsibilities of marriage.

During the inauguration of the gasoline production complex at the Assiut Petroleum Refining Company, on Wednesday, Sisi said: “It is not possible to give a second catering card to someone who is married, because if you get married and the state waits for you, you are unable to act. “Also, when I leave someone to eat my family! We will not put a ration card for more than two people in the past, and there is no new one.”

Egypt distributes several basic commodities to citizens on a monthly basis through support cards known as the “supply card.”

Adviser to the Minister of Supply and Internal Trade, Amr Madkour, told CNN that the number of ration cards in Egypt amounts to 23 million cards that benefit millions of citizens. without change.

On the extent of savings to the state budget from implementing the Egyptian President’s decision, Madkour said that the government does not issue new ration cards at the present time.

The bill for subsidizing food commodities for citizens is about 87.2 billion pounds in the budget for the current fiscal year 2021/2022, out of a total of 321 billion pounds allocated to social protection for citizens, including 19 billion pounds for pensions and the “Solidarity and Dignity” program, which allows providing monthly cash support to more than 3.6 million families from Families with the lowest income, and 7 billion pounds for the treatment of citizens at the expense of the state, and the extension of the umbrella of the comprehensive health insurance system for some governorates, according to government data.

And the Egyptian Minister of Supply, Ali Al-Moselhi, had previously stated that 10 million were deleted from the database of the supply system, bringing the total number of beneficiaries to about 70 million, which saved the state about 5 billion pounds annually. After the government set the most prominent conditions for benefiting from the system of supply goods, which are that the citizen receives a fixed salary starting from 7,000 pounds, and whoever pays an electricity bill starting at 1,200 pounds, or pays a mobile line bill starting from 500 pounds per month, and whoever owns a modern car.

Dr. Fakhri El-Feki, head of the Planning and Budget Committee in the Egyptian House of Representatives, supported Sisi’s directives to stop issuing ration cards to newly married or about to get married, justifying that Egypt is facing a huge population increase, as the rate of natural increase in the population – the difference between births and deaths – is about 1.8 million. people annually, and this increase adds huge burdens to the state’s general budget annually.

According to the Central Agency for Public Mobilization and Statistics in Egypt, the number of births in Egypt reached 2.2 million people in 2020, a decrease of 3%, at a rate of 2.9 children per woman in 2020, while the death rate increased to 664.8 thousand people in 2020, with an increase of 16.5%.

Al-Fiqi added, in exclusive statements to CNN in Arabic, that the number of beneficiaries of ration cards reaches 64 million citizens out of a total of 103 million people at the present time, or more than two-thirds of the population, which is a very high percentage, which indicates a huge increase in the number of beneficiaries of the food system. ration goods annually, and large numbers of people unjustly benefited from the system.

He referred to the government’s programs to improve citizens’ lives by doubling the minimum wage in government agencies and the private sector to 2,400 pounds, in addition to studying the consideration of disbursing unemployment benefit from the Ministry of Manpower, which contributes to providing care for citizens.

The economic expert Ibrahim Mustafa agreed with him on the importance of the decision, provided that this savings will be directed to the actual beneficiaries after they study their social status and ensure their eligibility to receive support.

Mustafa indicated, in exclusive statements to CNN in Arabic, the tendency of many countries to reduce support for citizens in light of the repercussions of the emerging Corona virus pandemic and the emergence of a new mutator of the virus, which prompted these countries to review their expenditure bills and rationalize spending at the same time improving the standard of life for all individuals.

These were the details of the news What does Sisi’s decision to stop issuing ration cards mean to... for this day. We hope that we have succeeded by giving you the full details and information. To follow all our news, you can subscribe to the alerts system or to one of our different systems to provide you with all that is new.