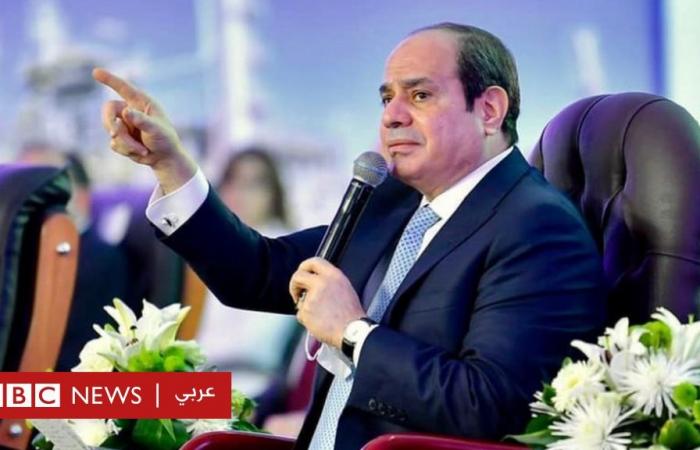 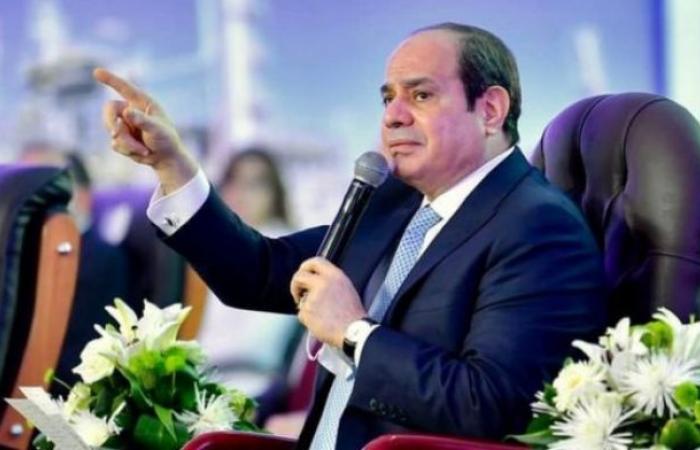 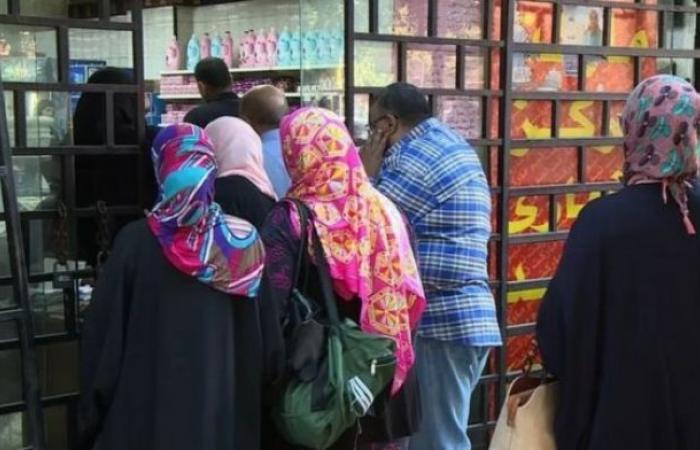 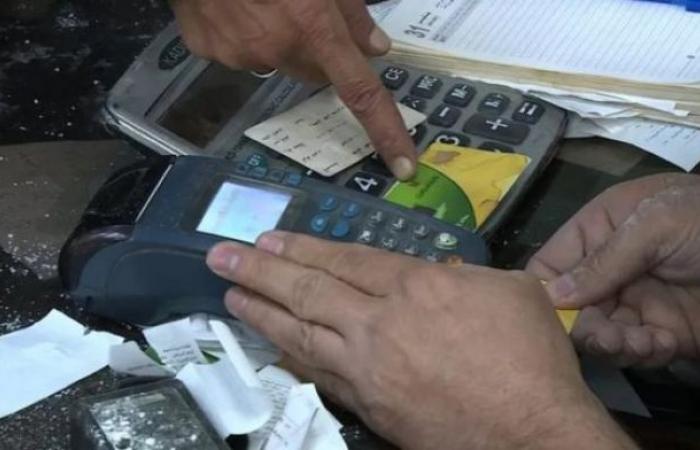 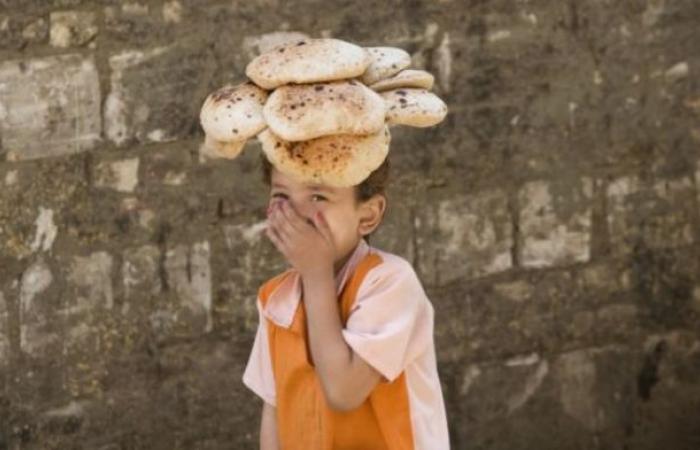 Egyptian President Abdel Fattah El-Sisi’s announcement of the authorities intention to stop issuing new catering support cards and limiting the number of beneficiaries of current cards to two people per card, sparked a great debate in light of the high poverty rate in the country of 105 million people, tens of millions of whom depend on government support for goods essential to fulfill their life requirements.

According to official statistics, the number of government food subsidy cards, under which citizens receive goods and bread at reduced prices, is 23 million cards, benefiting about 72 million people. The value of the bill for this support in the current budget is 87 billion Egyptian pounds (equivalent to about 5.5 billion dollars), divided into 50 billion pounds to support bread and 37 billion pounds to support food commodities.

The Egyptian government considers that these allocations represent a great pressure on the state’s general budget, which has already been suffering from a large deficit for years, in light of rapid population growth, which prompted the country to resort to international donor financial institutions for financial aid to bridge the gap in revenues and expenditures.

Almost two years after the government’s decision to exclude a large number of Egyptians from the list of those eligible for commodity subsidies, Egyptian President Abdel Fattah El-Sisi said that his government would exclude more segments of Egyptian society, including newly married couples.

Al-Sisi added, during his inauguration of development projects in Upper Egypt on Wednesday, that “I cannot give a ration card again to someone who gets married (getting married) because he must be able to spend as long as he seeks marriage.”

The Egyptian president pointed out that the state is unable to disburse more subsidies, considering that spending on subsidies has caused the state to delay decades in the development file.

The Egyptian government had adopted an economic reform program since 2015, during which it received financial support estimated at $12 billion from the International Monetary Fund before the Corona pandemic, and then received new payments of more than $ 5 billion coinciding with the pandemic to avoid its damage to the Egyptian economy.

According to recent official statistics, the poverty rate in Egypt reached 29.7 percent of the total population in the fiscal year 2019-2020.

Therefore, Gouda Abdel-Khaleq, the former Minister of Social Solidarity and a member of the political bureau of the opposition Tagammu Party, considered in an interview with the BBC that the Egyptian state should have searched for other sources to compensate and fix the imbalance in the budget deficit without putting pressure on the poor and low-income in response to the conditions of the donors.

Abdel-Khaleq added: “This is a political choice that may be based on trying to please the International Monetary Fund and other funding organizations, but in my opinion this is very contrary to the constitution because it contradicts the principle of social justice stipulated in the constitution.”

He added, “Support is a necessity as long as there is poverty. The problem of poverty must be solved first, and then the subsidy can be dispensed with, but insisting on reducing subsidy allocations of this unprecedented size will result in an increase in the poverty rate and the rate of malnutrition, which will have an impact on the nature of the demographic structure.”

The Egyptian state indicates that it has adopted a number of initiatives to support the poor and marginalized groups in recent years.

Among these projects, a national project for rural development under the title “A decent life” extends during the period from 2020-2023 and aims to improve living conditions, the level of infrastructure services and the quality of life in nearly 5,000 Egyptian villages with a total of 58 million beneficiaries, at a total cost of 700 billion pounds.

Since 2015, the state has also launched a cash support program under the name “Solidarity and Karama”, benefiting 3,370,000 families, and an “Opportunity” program to provide tens of thousands of job opportunities in eight governorates in Upper Egypt, with a budget of more than 250 million pounds.

However, this did not prevent Bisan Kassab, a journalist specializing in economic affairs, from warning against depriving more segments of society of full food support.

“At some point there will be entire generations who will not have any food subsidy regardless of eligibility whether they are poor or not, because marriage is the only gateway to a subsidy card,” she says.

She added that as expected by the Central Agency for Public Mobilization and Statistics (the official statistics authority in Egypt), this may cause an increase in the poverty rate from “29.7% to 32.6 percent.”

Support according to the capabilities of the Egyptian state

President Sisi did not announce a specific date for implementing the plans he announced regarding the exclusion of more segments of commodity subsidies. So, government officials say, what the president talked about is an overall strategic vision that awaits implementation plans.

Prime Minister Mostafa Madbouly said in a weekly meeting, which is the first for the Egyptian government officially at its headquarters in the new administrative capital, east of Cairo, that reviewing the lists of beneficiaries of support is inevitable.

Madbouly added, in response to press inquiries, “Certainly, there are quite a few numbers that receive this support and are not entitled to it, and therefore our goal is to restructure this system so that we determine who are the deserving groups that the state must direct support to, and the numbers are known and in specific proportions. With reasonable numbers, according to the capabilities of the Egyptian state.

Madbouly stressed that “any number that I can save from this system, I will not set it aside, but will be spent on new projects and creating job opportunities.”

Egypt intends to cancel subsidies on electricity service by 2025, after extending the term of that plan for another three years, as it was supposed to be completed in the 2021-2022 fiscal year.

The government has also raised the prices of fuel and its various derivatives by large percentages during the past few years.

However, it seems that the government agencies concerned with implementing what Sisi talked about about commodity subsidies do not yet have a clear vision of the mechanism for implementing the Egyptian president’s statements.

Adviser to the Minister of Supply and Internal Trade for Information Systems, Amr Madkour, told the BBC that President Sisi’s speech regarding the exclusion of more segments of commodity subsidies is “talk at the strategic level, and we are waiting for the interpretation or development of the executive regulations that explain the president’s directives,” noting that This general strategy “will not harm anyone significantly, because the mechanism for issuing cards has already been suspended for three months, to re-count those who are not eligible after detecting fraud.”

President Sisi had announced last August that the state would go to raise the value of a loaf of subsidized bread, which is currently sold at less than ten percent of its cost, but the measure is still being studied, according to officials who added to the BBC that such decisions related to bread and ration support require Inevitably, “extensive discussions, since the goods and services in question are strategic goods that affect a large proportion of society.”

These were the details of the news Reducing subsidies for major commodities in Egypt: What is behind Sisi’s... for this day. We hope that we have succeeded by giving you the full details and information. To follow all our news, you can subscribe to the alerts system or to one of our different systems to provide you with all that is new.