The Administrative Court ruled not to accept the lawsuit to stop... 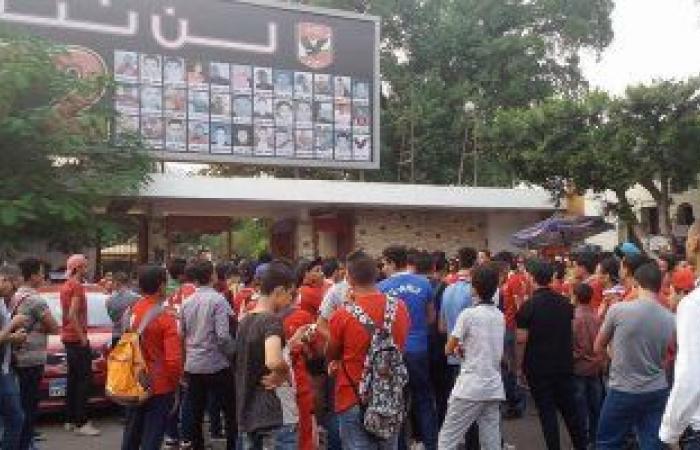 The second circuit of the Administrative Court, headed by Counselor Fathi Tawfik, Vice-President of the State Council, decided today, Sunday, not to accept the lawsuit filed by Ahmed Magdy Yahya, a member of the General Assembly of the club Al-AhlyWhich calls for obligating the Ministry of Youth and Sports to cancel the decision to invite the club’s regular general assembly to convene on November 25-26, to raise it without an adjective.

The lawsuit, which bore No. 6878 for the judicial year 76, also demanded the annulment of the decision to accredit the current board members of Al-Ahly Club among the candidates for the elections.

In his lawsuit, the “plaintiff” said: On the occasion of the invitation of the Board of Directors of Al-Ahly Club for Physical Sports to hold elections to choose a new board of directors, on November 25 and 26, 2021 in accordance with the provisions of Sports Law No. 71 of 2017 and the texts of Al-Ahly Club’s statutes published in the Egyptian Gazette in the number continued ( b) On October 10, 2018.

He added that, as an active member of Al-Ahly Sports Club, with membership number 20-19419-1988-216132, he had already submitted papers and documents for his candidacy for the position of Vice Chairman of the Board of Directors on Friday 10/22/2021, during the legal deadline specified in Article 65 of the Regulations The club’s articles of association included all the required papers, stipulated in Articles 55 and 56 of the aforementioned regulation, but he was surprised by the club’s legal advisor, along with the club’s specialized staff and the representative of the administrative authority, by refusing to accept the receipt of papers for his candidacy for the position of vice president of the club on the basis of a statement that he had not submitted evidence of his position on Conscription, despite reaching the age of 57 at the time of submitting the documents, which means that it is not required in the first place, which shows the intransigence of the club and its staff, which prompted him to file the present appeal.

These were the details of the news The Administrative Court ruled not to accept the lawsuit to stop... for this day. We hope that we have succeeded by giving you the full details and information. To follow all our news, you can subscribe to the alerts system or to one of our different systems to provide you with all that is new.