Anniversary of the martyrdom of the hero, Lieutenant Colonel Muhammad Mabrouk,... 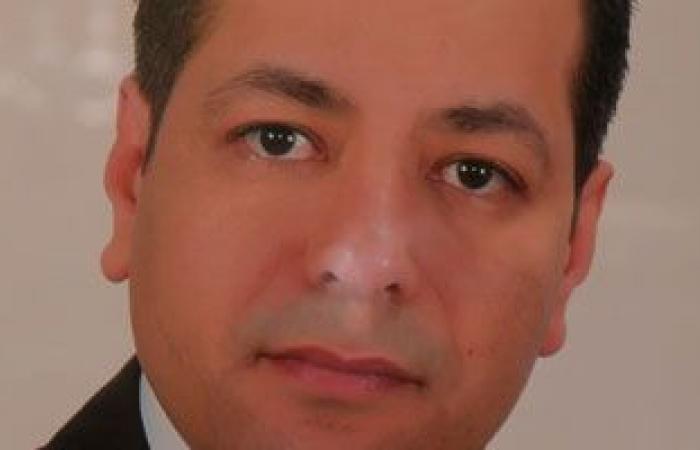 Today, November 17, marks the eighth anniversary of the martyrdom of Lieutenant-Colonel Mohamed Mabrouk, an officer in the National Security Sector, with bullets left by the terrorist Brotherhood, as the martyr hero has been at the top of the list of assassinations by terrorist groups since the fall of the leader’s rule in 2013.

At 9:30 pm on November 17, 2013, while the hero Mabrouk was riding in his car on Najati Street in Nasr City, heading from his home to work, a group of masked gunmen belonging to the terrorist Brotherhood pursued him, and fired a barrage of fire at him, so that his pure soul overflowed to its creator.

On November 18, Egypt bid farewell to the martyr, Lieutenant Colonel Muhammad Mabrouk, amid a military and popular funeral, wreaths of flowers, military music, and a coffin wrapped with a flag and an eagle..

Regarding the day of his martyrdom, his wife said in previous statements to “The Seventh Day”: On the day of the accident, Muhammad left the house at exactly 9:20 pm, and he told me, “I donated to work today because I have an errand and put a kiss on the forehead of our children, and he would buy their supplies and foods.” And the sweets that they take before they go to school, and I sold them with the property guard, and he went to his workplace in the National Security Agency in Nasr City.”.

And the wife continued: “I tried to call him after that at 9:35 Mardash and he spoke again, I thought he was busy and he would say a little while and I said he will call me when he finishes, but I was surprised by a number of the wives of his colleagues at work calling me one after the other and in their voice a strange tone to check on me, anxiety crept in. To my heart and tried to contact him after that to find out why his colleagues wives called this picture, but he did not answer either, and I repeated the call until I was surprised by one of the people answering his phone and told me Muhammad is in a better place than the one we are in, and he is now in a better place than the one you and I are in now. Stay for God, and I knew that he was assassinated near Al-Sarraj Mall and I went running in the street screaming and crying trying to reach the scene of the accident, then I headed to the hospital, until the ambulance carrying his body entered in front of me. I told him before his martyrdom: I am afraid of you from the Brotherhood. He replied: “My testimony is in the historical case of Morsi.” He said that his testimony will be written in the history of Egypt and history will mention that testimony. .

The name of the martyr, Mohamed Mabrouk, was associated with many important files and events that occurred in the country in the aftermath of January 25, 2011, as he was the officer in charge of the file of the case of espionage against the homeland and the storming of prisons, in which the accused was isolated Mohamed Morsi, and a number of the terrorist Brotherhood, and the witness was The only one in this case.

The martyr, Lieutenant Colonel Mohamed Mabrouk, was born in 1974 in Cairo, then graduated from the Police College in 1995, then joined the State Security Agency in 1997 until May of 2011, then transferred to the National Security Agency at the Giza Security Directorate.

While today is the eighth anniversary of the martyrdom of Muhammad Mabrouk, the father of the martyr met his Lord a few days ago, specifically on November 14, and his funeral took place at the Police Mosque in New Cairo.

These were the details of the news Anniversary of the martyrdom of the hero, Lieutenant Colonel Muhammad Mabrouk,... for this day. We hope that we have succeeded by giving you the full details and information. To follow all our news, you can subscribe to the alerts system or to one of our different systems to provide you with all that is new.