After the arrest of a shop owner in Al-Umraniyah, how do... 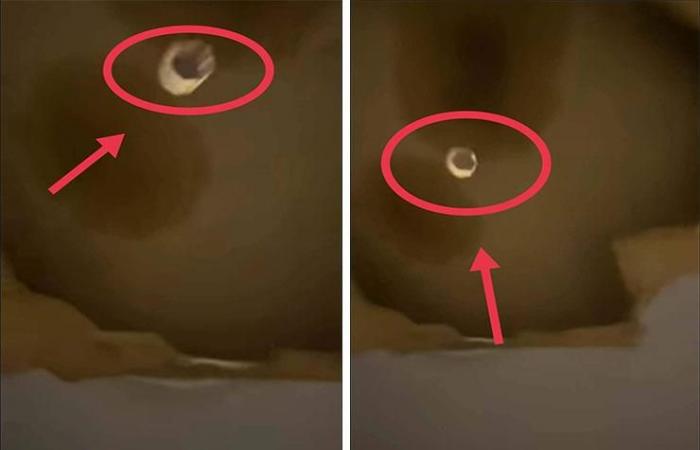 Security forces in Giza arrested the owner of a ready-made clothes shop in the Omrania area, accusing him of eavesdropping on girls and photographing them through a hole he prepared in the dressing room “rehearsal.”
This came after Major General Sameh Al-Hamaili, Director of the Western Sector, received a report from the Police Rescue Service, in which a girl was called to the police, accusing a shop owner of filming her while she was changing her clothes.

And it turned out that the owner of “T” shop on Fatima Rushdi Street prepared a secret hatch in a room adjacent to the place where the shop’s visitors changed clothes to photograph the girls and eavesdrop on them, and then the security forces arrested the accused “30 years old” after inspecting the shop, and by examining his phone he found 10 photos of girls during They changed their clothes in that room.

Perhaps such facts raise the girls’ fears about the presence of secret cameras inside the dressing rooms, especially since there are some facts that have been seized before, and this is not the first.
Therefore, we offer you several ways by which you can make sure that there are no hidden spy cameras in the room.

1- You can make sure that there are no spy cameras entering the “rehearsal” by receiving and making phone calls.

2- You can download many effective applications, including Hidden Camera Detector, to help you detect hidden cameras, by photographing the entire room using a flash, and then the program works to determine the location of the spy cameras, as information security consultant Walid Abdel Maqsoud explains, while previously hosted in The Set El-Hassan program on the “On E” channel, that there is an application that can be downloaded from the “Play Store” under the name “Glint Finder” on the mobile phone to make sure that there are surveillance cameras in the changing rooms in some clothing stores, by opening the camera and directing it Around the room, if a red dot appears on the phone screen, there are surveillance cameras.

4- Look carefully at the door handle or put a piece of clothing on it.
The easiest way to find hidden cameras is to look around and check your surroundings carefully. A good search can help in spotting obvious signs instantly, as in the case of a “urban shop”, so you should pay special attention to things like wall decor, lamps, shelves, etc., Because it may contain any suspicious wires, lenses or lights to a hidden camera, according to the American “brightside” website.

5- Use your phone’s flashlight:
Mirrors are one of the easiest places to hide a camera in the fitting room, so you should check it carefully. If there’s a chance to turn off the lights, try doing so and use the flashlight on your phone to look through the mirror. The bright light on the mirror reveals what’s behind it, and if Was there a hidden camera behind it or not.

These were the details of the news After the arrest of a shop owner in Al-Umraniyah, how do... for this day. We hope that we have succeeded by giving you the full details and information. To follow all our news, you can subscribe to the alerts system or to one of our different systems to provide you with all that is new.