The crisis of the Brotherhood organization.. the last chapter is approaching 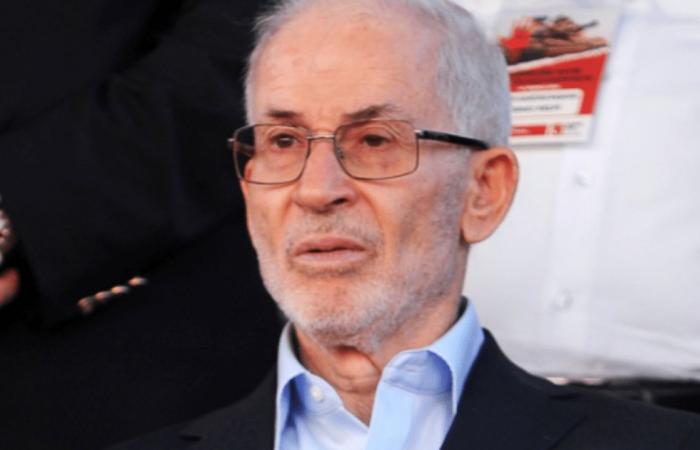 According to the organizational sources from the two fronts of the conflict, “Hussein” and “Munir”, the final chapter will witness the resignation of the acting guide. Ibrahim Mounir.

Munir is asked to hand over the new leadership the keys to what he controls from the organizational media outlets represented in the “Brotherhood” website and “Watan” channel, money, residential real estate, schools and institutions that were established on Turkish soil with organizational funds and registered in the papers in the name of Mahmoud Hussein, as he is responsible for the Egyptian members of the organization in Turkey Since 2013.

This wealth of assets makes it difficult for Hussein to hand it over, but at the same time it will be a justification for accusing him of public theft that the leaders and rules of the organization testify to, which requires his dismissal.

The sources indicate that Hussein will continue to adhere to everything he controlled within the organization, and is currently studying the idea of ​​announcing a new organization as it is the official one, after he had previously issued a statement announcing the dismissal of the acting guide Ibrahim Munir and considered him an illegitimate authority.

Victims of the Secretary-General

The word of decisiveness between the two sides of the conflict is controlled by the internal class and the international organization, as the vast majority considers what happened as a good sign of what they call (a new organizational resurrection), and may contribute to the healing of the class bond, since the faces that resulted from the recent internal organizational elections are mostly young faces whose good relations extend Within the organizational rank with all its internal differences, as well as its relations with a wide range of outlaws since 2013, that is, during the period when the organization is currently trying to blame all its crises on Mahmoud Hussein and his group, which contributed to the organization’s restoration of the rules it had previously left in protest against the leadership’s performance or it was dismissed Or freeze its membership and prevent financial support for it because the official leadership was not satisfied with it at that time.

Some of these rules Hussein’s disagreements with them reached the point of submitting reports about them to the Turkish security by parties affiliated with him, demanding their deportation and the non-renewal of their residency within Turkish territory.

And some of the reports carried accusations of financing terrorist groups! The fact of the matter is that they are bases that contributed to providing material support to organizational members. Hussein’s group had decided to lift the support from them, or that they were mediators for the organization in transferring funds without security tracking. Turkish government She denied her knowledge of the recipients of these funds and described them as a (terrorist organization).

mobilization of the international organization

As for the second decisive international organization to determine the victor on both fronts of the conflict (which many of the organization’s observers deny its existence despite the organization itself acknowledging its existence through its media outlets and in its published lists and through its electronic platforms), it declared its support for Munir’s front and considered it (the official leadership that has the right of allegiance, hearing and obedience). Which is what has begun to be marketed through the institutions of the international organization of the Brotherhood, and the (media) apparatus is responsible for deciding (the legitimacy of the new leadership, headed by the acting guide).

The achievement of that organizational leader, Azzam Al-Tamimi, was led through the “Al-Hiwar” channel, where he hosted Qatari organizational leaders, all of whom exchanged condemnation of Hussein and his group, and announced support for and confidence in Munir’s leadership, stressing that (Munir will work to solve the group’s outstanding crises, restore the unity of its class and develop its structure, and after reassurance that His mission is to resign as a Muslim of the group to lead a young woman who revives her.

These are the procedures that actually started with the formation of the (Brotherhood Office in Turkey) and the export of young faces, which accounted for 60 percent of its components, and they are led by (the Secretary-General) of the office, Haitham Saad and the media spokesperson, Suhaib Abdel-Maqsoud, both of whom are no more than 35 years old, and both of them perform differently from those who preceded them in terms of organizational aspects.

Not the first crisis

If the decision of the international organization was to defeat Munir’s front, then the question arises: What is the fate of what Hussein refuses to hand over?

Here, the sources from Munir’s front answer that nothing in what he owns represents a crisis, as the situation has been repeated several times, the last of which was in 2015, when the former Guidance Office member Muhammad Kamal disagreed with the acting guide at the time, Mahmoud Ezzat, which resulted in an internal organizational crisis in 2015 – Bishr The organization’s observers at the time, that it was a crisis of its end – and both sides had sources of funding that they refused to hand over to the other and it was under the command of Kamal Organization (special cells/special apparatus) and the sources of their arming and financing and refused to hand them over to anyone from the official administration front.

After Kamal was killed in security confrontations in 2016, his supporters announced the so-called (General Office) and presented it as the official body representing the group, declaring their rebellion against the (official leadership) at the time represented by Mahmoud Ezzat, taking advantage of the support of some administrative offices – the provincial council – for them, Their acquisition of some sources of funding, and their control of the organization’s official website (Brothers Online).

After a few months, the material support gradually decreased, as the financiers complied with the orders of the official leadership, which was also able to impose its control over the official website. The matter of the (General Office), which is no longer followed by only a few within the youth of the organization, and the newly elected leadership seeks to restore them to the fold of the organization again.

The sources in Munir’s front add: (The General Office was not the first front to adhere to its organizational keys and refuse to hand them over, and Hussein will not be the last to refuse. Over the course of 100 years, the group witnessed dozens of cases of dissent in which the organizational leader came out carrying organizational files, institutions, real estate or Funds without affecting the group’s financial capabilities or preventing it from continuing, and no front was able to split its steadfastness and victory over the official leadership of the organization.

The sources in Mahmoud Hussein’s front indicate that he is fully aware that his ability to continue the battle in front of the official leadership will not last long, but he is trying to hold out until the last breath, as Hussein refuses to continue, but he realizes that this will not really affect the continuity of the new organization that will take over the leadership from Munir.

Despite the denial of faces from multiple levels affiliated with Munir’s front, the leaked papers are in line with the escalating events within the organization during the past six months, which confirms that it is an “action plan” that was formulated in a secret kitchen belonging to the international organization in light of raising the organizational reality of the Egyptian situation. Its executive steps begin as soon as (the arrest of the former acting guide, Mahmoud Ezzat, in August 2020).

These were the details of the news The crisis of the Brotherhood organization.. the last chapter is approaching for this day. We hope that we have succeeded by giving you the full details and information. To follow all our news, you can subscribe to the alerts system or to one of our different systems to provide you with all that is new.