7 tied matches in the opening round of the 5th round... 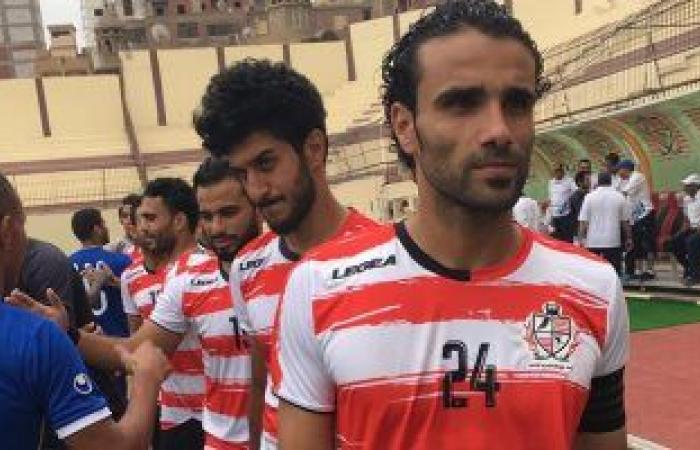 Today, the confrontations of the fifth round of the third group in the second division league will start with the establishment of 7 very strong and competitive matches, while the meeting of Dekernes and the Olympic was postponed until after tomorrow, Saturday, due to the holding of the Dekernes elections tomorrow, Friday.

At his stadium, Al-Masry Balloum, a surprise group, will host his counterpart Al-Mahalla Municipality in the strongest matches of the round, as the first occupies third place in the standings table with 7 points, while the second occupies fourth place with the same balance of points.

Within the framework of the matches of the same round, the border guards, the runner-up with 7 points, will meet with Al-Hammam Al-Matrouhi, who is in the tenth place with 4 points.

On the sub-field of Burj Al Arab, Al-Majd, led by Adham Al-Selhadar, hosts his counterpart Abu Qir Fertilizers falter. The sons of glory, who are ranked fifth with 6 points, are trying to kidnap the match points, while Ahmed Al-Kass, the technical director of the guests, seeks to kidnap the match points in order to enter the group of clubs that compete On the rise after his score freezes at 5 points in the ninth place, and the matches of the round conclude with the meeting of Al-Raja, the last place without a balance of points, with Damanhour, the thirteenth place with 3 points, in the first meeting of Abu Al-Ainin Shehata as technical director for the sons of the lake, and the Pioneers led by Mustafa Marei will host his counterpart Al-Zarqa led by Mohamed Abdullah in a meeting in which the two teams are looking for their first victory in the group.

These were the details of the news 7 tied matches in the opening round of the 5th round... for this day. We hope that we have succeeded by giving you the full details and information. To follow all our news, you can subscribe to the alerts system or to one of our different systems to provide you with all that is new.