Video| Azhari comments on the incident of the forensic analyst:... 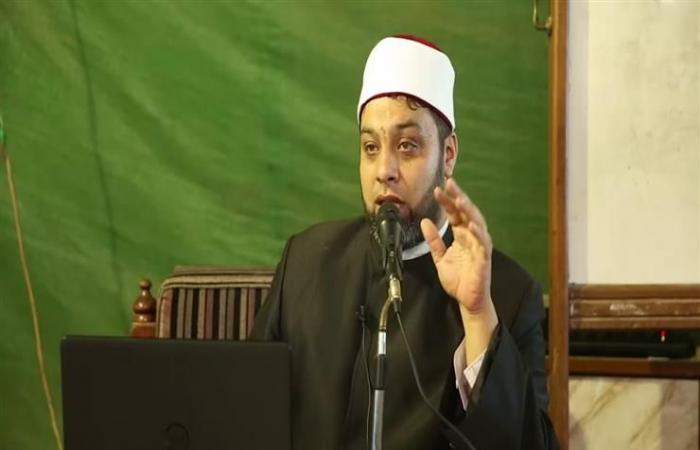 In a special live video by Masrawy, the legal researcher at Al-Azhar Al-Sharif, Sheikh Abu Al-Yazid Salama, commented on an incident that sparked a great controversy among the pioneers of social networking sites, after he hosted the “Happening in Egypt” program on MBC channel yesterday, Wednesday, a person who announced that he had married 33 times as a “legal analyst.” In order to return wives to their husbands after they were divorced three times as a “charitable act for the sake of God”, stressing that if he knew that if the matter was forbidden, he would have stopped immediately.

At the beginning of his speech, Dr. Abu al-Yazid Salama, a legal researcher in the sheikhdom of Al-Azhar, stressed that it is best when married life is impossible and an agreement is reached on divorce that a person does not engage in major sins and do what angers God, advising the husband in case of his anger to pray two rak’ahs to God, Lord of the Worlds, or leave home, and he should fear God in his children.

Salama added, via an Masrawy video: that the Prophet – may God’s prayers and peace be upon him – said, “The most hated of what is permissible with God is divorce.” Although this hadith is weak, but the meaning is correct, that a person does not resort to divorce unless it is impossible to ten between spouses.

The legal researcher clarified whether this “analyzed” marriage is valid or invalid according to Sharia. Salama said: If a person stipulates this speech in the contract, the majority of scholars said on this that this marriage is void, and that the woman is not permissible for the first husband, and the first husband must divorce her, then Then, with her desire and consent, she marries this person or marries another person with the intention of permanent marriage, indicating that it is not permissible for a woman to return to her first husband, except after marrying a real husband, and this is for the purpose of stability.

These were the details of the news Video| Azhari comments on the incident of the forensic analyst:... for this day. We hope that we have succeeded by giving you the full details and information. To follow all our news, you can subscribe to the alerts system or to one of our different systems to provide you with all that is new.