Today’s article from Tariq Al-Shennawi: The story of Safwat Al-Sharif with... 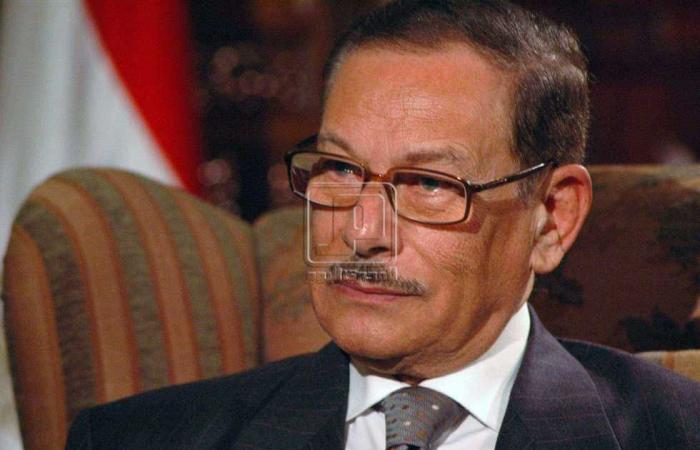 Today’s article is a service from the Al-Masry Al-Youm portal to highlight one of the opinion articles daily to highlight the content of the article and the author’s most prominent mention.

Al-Masry Al-Youm is replete with a group of prominent thinkers, writers and specialists, among them Tariq Al-Shennawi, who highlighted in his article entitled “Safwat and President Mubarak!” On the death of the former Minister of Information, Safwat Al-Sharif.

“Al-Shinawi” began his article: “The ultimate goal that occupied Safwat al-Sharif day and night is for the president to be satisfied with him, and every day for the media people he mentions a number, which is a real cut, through which he confirms that the broadcast hours have increased 100 times over the time of Sadat .. Of course not. The president asks him about the strength of the influence. ”

The writer continued: “They sometimes ask stars to go to the city, even though they have finished filming their work, because President Hosni Mubarak is going to visit, and Ahmed Zaki noticed that he has an order to the city, and the director asked astonishingly: (I finished filming yesterday)? He replied: (Mubarak may visit Medina), then Ahmed said: (I am not a monkey in the zoo). ”

He continued: “The whole country was not subject to the minister, for example Field Marshal Abu Ghazaleh in the year 83 objected to the continuation of the series (His Majesty the Love). The film deals with War 48, but the audience felt that it would drop events on the defeat of 67, so Abu Ghazaleh asked to stop the show .. Indeed, The last three episodes were merged into one episode, and the state prevented the export of tapes abroad. Field Marshal Abu Ghazaleh in those years was at the height of his power and was able to impose his opinion.

He concluded: “What did the great poet Sayed Hijab do when Safwat al-Sharif objected to a piece of poetry he wrote in an operetta composed by Ashraf Mahrous ?! The specialized channels, Safwat stopped four words (We want to inform you rightly and truthfully), then he said: (The first time I know that we don’t have real and true information, Hassan), so Hassan said to him: (May it change tomorrow) and Hassan Hamed called the executive director of the show Sayed Fouad, the current supervisor On the Nile Cinema channel, he communicated with Hijab, and said to him, “Take the reel of the new sound tape,” and people listened to the group, hesitating: (Is this really the media !!

These were the details of the news Today’s article from Tariq Al-Shennawi: The story of Safwat Al-Sharif with... for this day. We hope that we have succeeded by giving you the full details and information. To follow all our news, you can subscribe to the alerts system or to one of our different systems to provide you with all that is new.