Examination of photographs of a girl in Pharaonic dress next to... 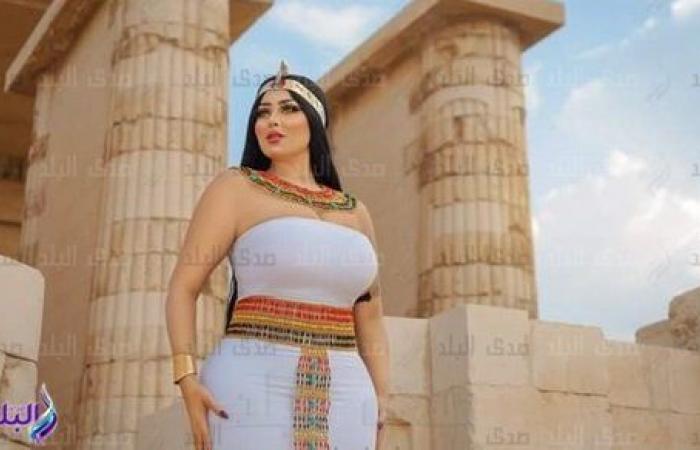 The Tourism and Antiquities Police is examining photos circulated by social media users of a girl wearing clothes bearing the Pharaonic stamp next to Saqqara pyramid.

Security sources indicated that the surveillance cameras were reviewed to determine the date of the girl’s entry into the area and to discuss the security force at that time about her taking these photos. Extensive investigations are also being conducted in coordination with Giza Investigations to reach the identity of the photographer.

For his part, Dr. Mustafa Waziri referred the Secretary-General of the Supreme Council of Antiquities, to the prosecution office, for investigation, and to take all necessary legal measures.

Dr. Mustafa Waziri affirmed that the Ministry of Tourism and Antiquities is always keen on preserving the archaeological sites and the history of the ancient Egyptian civilization, and that anyone who is proven to be negligent in the right of antiquities and Egyptian civilization. He will be punished, after the results of the prosecution’s investigations into the filming incident.

An official source in the Saqqara Archaeological Zone said that the Ministry of Antiquities is conducting an investigation into the incident of the appearance of a “model” girl wearing Pharaonic clothes in the area of ​​the Saqqara pyramid, which sparked widespread controversy on social networking sites, after appearing in “Photosition” wearing the Pharaonic dress, indicating that the circulating images of a girl Called “Salma El-Shimi,” a model, she is real pictures, and she was taken 4 days ago in front of the stepped pyramid in Saqqara area.

The source added that the girl entered the area of ​​the Saqqara pyramid as if she was a regular visitor, wearing a black cloak, to remove this cloak and reveal the Pharaonic dress The costume is a band that surrounds the middle of the body and has two ends hanging from the front. Pieces of white fibers are wrapped around the body, and they reach just above the knees from the back and front, and both sides hang from the front.

And he continued, “Archaeologists were deceived in the region, because they were boycotting very normal tickets,” noting that the ministry is very angry and an investigation is underway.

These were the details of the news Examination of photographs of a girl in Pharaonic dress next to... for this day. We hope that we have succeeded by giving you the full details and information. To follow all our news, you can subscribe to the alerts system or to one of our different systems to provide you with all that is new.