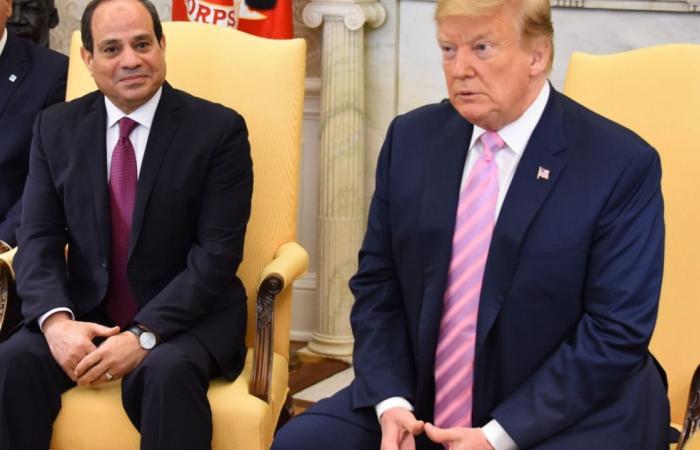 The Washington Post published in its editorial Saturday an article urging President-elect Joe Biden to begin to deliver a different message to Egyptian President Abdel Fattah El-Sisi that the US policy towards Egypt has changed.

The newspaper recalled what Biden tweeted last July about Sisi, when he said, “No more blank checks for” Trump’s favorite dictator, “describing Sisi as” the most repressive ruler in Egypt’s modern history. ”

The newspaper added that the US President-elect now has a chance to fulfill this pledge.

The newspaper pointed out that the Sisi regime arrested the CEO and two other senior employees of the Egyptian Initiative for Personal Rights last week, and how the Trump administration usually justifies or ignores such crimes, unless they are related to American citizens.

The newspaper pointed out that Biden should make it clear that his next administration will be different in dealing with these matters.

The recent arrests began last Sunday, with the arrest of the managing director of the Egyptian Initiative for Personal Rights, Mohamed Bashir, the Director of the Criminal Justice Unit, Karim Anara, and the Executive Director, Jasser Abdel-Razek, after a meeting with 13 ambassadors and diplomats from Germany, Britain, France, Italy, Canada and the European Union.

After questioning about the meeting, they were charged with “supporting terrorism and spreading false news.”

The newspaper confirmed that this latest campaign is added to the campaigns of the Sisi regime against many independent journalists, political activists and civil society organizations that have been going on for months and more than 900 people have been arrested for it.

She added that this repression is the hallmark of the Sisi regime, which since he came to power in a bloody coup in 2013 against a democratically elected government has imprisoned tens of thousands of Egyptians, tortured and killed or hidden thousands of others.

However, Congress, which continues to allocate more than a billion dollars in military aid annually to Egypt, is losing its patience, according to the newspaper, as 56 Democratic lawmakers signed a letter in October calling on the Egyptian regime to release “those detained unjustly for exercising their basic human rights.” .

As for “Mr. Trump, he has a lot of affection and sympathy for Sisi,” according to the newspaper, describing him as “my favorite dictator” at the 2019 summit meeting.

The arrests last week sparked high-level protests by European governments, including the British foreign minister and the French defense minister, but the Trump administration showed a distinctly faint response, according to the newspaper, as the only reaction by Friday came in two tweets from the Foreign Ministry on the words of Mid-level officials said they were “very concerned”.

Although he will not take office for a few more weeks, Biden has a chance to send a different message, according to the Washington Post.
One of his top aides, Anthony Blinken, has already done so, tweeting that “meeting with foreign diplomats is not a crime, and also peacefully defending human rights.”

The newspaper concluded its editorial by saying, “Mr. Biden should also speak publicly, and he should raise the issue in any phone call he receives from the Egyptian President. He has pledged to revive the United States support for democracy and human rights around the world, and Egypt should be a primary target for this effort. “.

These were the details of the news It’s time for Sisi, Trump’s “favorite dictator,” to hear a different... for this day. We hope that we have succeeded by giving you the full details and information. To follow all our news, you can subscribe to the alerts system or to one of our different systems to provide you with all that is new.