The victims of the terrible Badrashin accident increased to 7 deaths... 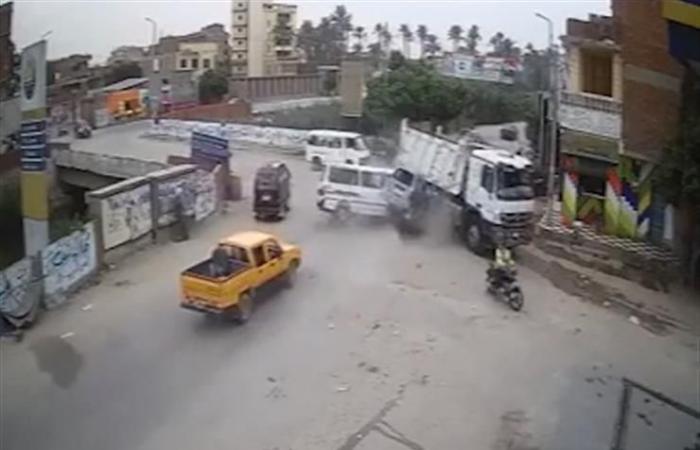 The number of victims of a 3-car collision in the Badrasheen Center, south of Giza, has risen to 7 deaths and 11 injured.

A young girl was the last to die as she breathed her last after being put on a ventilator in an attempt to save her. The attempt failed.

The emergency police operations room received an indication of an accident in the village of Abu Sir between a microbus and another Suzuki van – carrying a group of children – and a third transport.

The examination revealed that the Suzuki car was carrying a number of children on their way to the Azhari Institute in Badrasheen, and it turned into a piece of scrap.

At the same time, the police forces under the leadership of Major Mohamed Tablieh, Chief of the Badrashin Investigation Department, arrested the drivers of the microbus and the transport vehicle.

The necessary report on the incident was released, and Major General Tariq Marzouq, Director of Giza Security, referred it to the Public Prosecution Office for investigation.

These were the details of the news The victims of the terrible Badrashin accident increased to 7 deaths... for this day. We hope that we have succeeded by giving you the full details and information. To follow all our news, you can subscribe to the alerts system or to one of our different systems to provide you with all that is new.