Directors denounce the honoring of “Depardieu” in El Gouna … and... 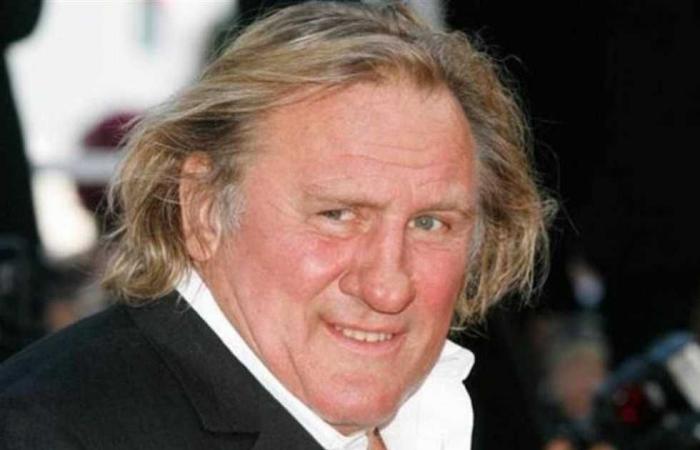 A number of film directors denounced the honoring of the French actor Gerard de Bardieu who supported the Zionist entity at the opening of the El Gouna Film Festival.

The directors said: Ali Badrakhan, Muhammad Mufadhel, Ali Abdel Khaleq, director Arab Lotfi, Hamid Saeed, Ahmed Atef Dora and Ayman Makram, in a statement that Al-Masry Al-Youm obtained a copy of: “We the signatories of this statement followed us on television what happened on Friday 10/23/2020. From the insistence of the organizers of the El Gouna Film Festival to honor the French actor called (Gerard de Bardieu), the racist Zionist hostile to the values ​​of peace and tolerance, and supportive of the Zionist entity’s occupation of Arab lands in Palestine – according to what they say – hitting the wall with the statement issued by the General Federation of Art Syndicates issued on 22 / 10/2020, who called on the members of the three artistic unions to abide by his decision not to communicate with the Zionist entity or its supporters in response to the Artists ’Movement’s statement issued on 10/11/2020, refusing to honor the French Zionist actor.

In their statement, the directors called on the head of the Technical Syndicates Federation to take the necessary trade union measures against the members of the (cinematic, representative, and musical) unions who violated the union’s decision not to deal with the Zionist entity and its supporters, and to affirm the continuation of support for the rights of the Palestinian militant people and not to deal with the Zionist entity or any From his supporters, individuals and institutions, and directing salutations and appreciation to Professor Inas Abdel-Dayem, Minister of Culture, for refraining from attending the opening of the El Gouna Festival, in continuation of her previous supervisor’s position in preventing the honoring of the French-Zionist director Claude Lelouch at the Cairo Film Festival in 2018, as well as not receiving any of the Zionist entity’s affiliates and supporters In the activities of the Ministry of Culture.

The signatories saluted the “President of the Union of Art Syndicates, the Syndicate of Film Professions, the President of the Union of Arab Artists, and the members of the Journalists Syndicate Council for their honorable position not to attend the opening of the El Gouna Film Festival 2020 in protest to the honor of the Zionist Gerard Depardieu, and to the masses of the Arab people in Egypt and all countries of the Arab world rejecting all forms of normalization. With the Zionist entity ».

These were the details of the news Directors denounce the honoring of “Depardieu” in El Gouna … and... for this day. We hope that we have succeeded by giving you the full details and information. To follow all our news, you can subscribe to the alerts system or to one of our different systems to provide you with all that is new.