Video clips that led the security services to arrest those accused... 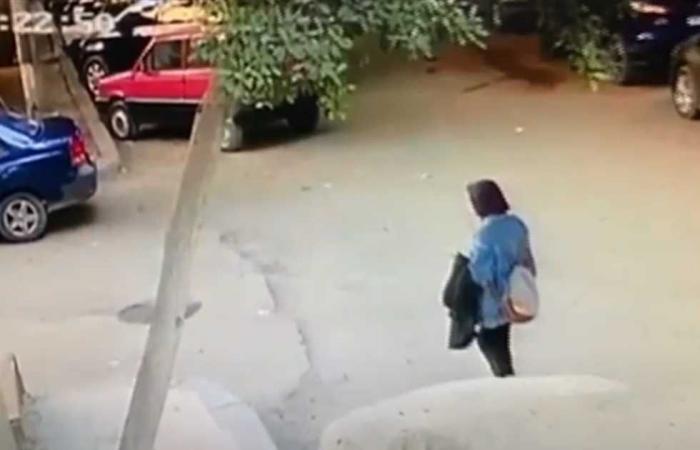 The security services were able to arrest those accused of stealing and dragging a girl to death in the Maadi area of ​​Cairo.

The “Extra News” satellite channel published videos showing the victim moments before the crime, when she was carrying a backpack.

The video showed the microbus used in the crime, as the two defendants were preparing to implement their scheme to steal the victim’s bag.

The Public Prosecution announced that it was conducting investigations into an accident that claimed the life of a girl in the Maadi neighborhood, explaining that within seven in the evening she received a report from the rescue operations room in the Maadi Police Department, about the death of the twenty-four-year-old victim, Maryam, in the Maadi neighborhood, and that a witness had He reported to the police that he saw a car (white microbus) in which two were traveling. The driver’s escort snatched the victim’s bag from it, which led to her colliding with a parked car and then her death.

The “Public Prosecution” went to discuss the victim’s body, and it was found that she was injured in separate parts of her body. She also went to inspect the scene of the event, accompanied by the officers of the “General Administration for Investigating Forensic Evidence”. By comparing it to the blood sample of the victim, the Public Prosecution was able to obtain five video clips from the surveillance machines overlooking the site of the accident, from which it became clear that the car in which the defendants were traveling was passing very quickly.

The Public Prosecution asked a witness who saw the victim in the company of another, talking near the car, near which the Public Prosecution office found bloody traces. During their stop, a white microbus approached, with its rear metal plate dirty, and two people who gave their specifications were traveling in it. The victim’s bag that she was wearing on her back, and clung to it during the movement of the car, which disrupted the balance of the victim, so her head hit the front of the car that was parked next to her, and the two perpetrators fled with the bag, while the girl who was accompanied by the victim moved away in fear during the accident, and added that the victim She stayed for about half an hour at the scene of the accident until the ambulance arrived, and then she died.

In order to complete the investigations, the Public Prosecution decided to summon the person who was accompanying the victim to hear her testimony, and to assign the General Administration for Criminal Evidence Investigation to explain the material acts apparent in the clips taken from the monitoring machines of the incident, and requested police investigations about the accident and seize the perpetrators, and investigations are being completed.

These were the details of the news Video clips that led the security services to arrest those accused... for this day. We hope that we have succeeded by giving you the full details and information. To follow all our news, you can subscribe to the alerts system or to one of our different systems to provide you with all that is new.