Parliament Energy calls on Shaker to fulfill his pledge to face... 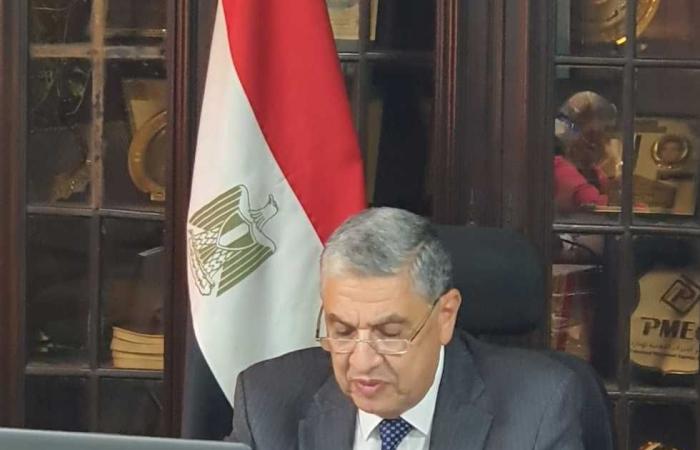 Talaat Al-Suwaidi, Chairman of the Energy and Environment Committee in the House of Representatives, praised the statements of the Minister of Electricity and Renewable Energy, Dr. Muhammad Shaker, in which he announced that the implementation of the linkage project between Egypt and Cyprus strengthens the partnership between the two countries as well as achieving benefits for the two countries, taking into account the recent developments in the electricity and energy sector, increasing the available capabilities, and directing it to quickly finish the electrical interconnection project between Egypt and Cyprus and then to Greece and then to the rest of Europe Thus, Egypt will be an important energy carrier for the European continent.

Al-Suwaidi added, in statements to the parliamentary editors, that Dr. Muhammad Shaker stressed the success of the electricity sector in cooperation with the German company Siemens and its local partners to implement three of the giant power stations in Beni Suef, Burullus, and the New Administrative Capital to add 14400 megawatts, noting With great interest and efforts made by the electricity sector to work to improve and develop services, and that the Egyptian electricity sector is working at the same time to support and develop electricity transmission and distribution networks to accommodate the large capacities that are added from new and renewable sources and to benefit from them. The field of overhead lines and transformer stations on the super and high voltages nationwide in the period from 2014 ends during the current year as the lengths of the 500 kV networks were increased approximately 1.5 times what they were in 2014, and the capacity of the transformer stations was increased to 500 kV. F. An increase of 4 times over the level of the network in 2014 on the same voltage, in addition to the added lengths of lines and capacities of transformer stations over the rest of the efforts, whether the establishment of serious projects Reinforcement or expansion of existing projects.

MP Talaat Al-Suwaidi expressed his complete confidence in the ability of the Egyptian electricity sector, which continues to work day and night, to achieve the aspirations of the heroic leader President Abdel Fattah El-Sisi and the great Egyptian people in making Egypt one of the most important global and regional centers for energy exchange projects, calling on Dr. Mohamed Shaker to continue implementing his pledges to the Energy Committee. And the environment, in the face of all the problems facing the sector’s customers from the Egyptians, especially with regard to complaints about the high price of electricity bills, through arbitrary estimates of electricity prices, which are not true.

These were the details of the news Parliament Energy calls on Shaker to fulfill his pledge to face... for this day. We hope that we have succeeded by giving you the full details and information. To follow all our news, you can subscribe to the alerts system or to one of our different systems to provide you with all that is new.