Beware of Tik Tok .. the full story of the absence... 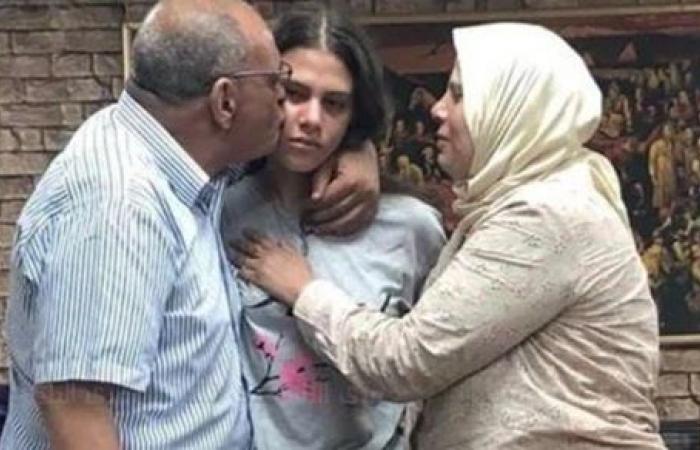 Family quarrels with her parents, she caused Farah escapes From her home, after getting to know a young man through the Tik Tok app, and she left her home in one of the upscale neighborhoods in Alexandria to meet him in Cairo

A family dispute story that caused panic on social media platforms, after the pioneers of social media circulated flimsy stories about the disappearance of many girls from the provinceAnd exploited that the brothers of evil, as they spread panic in the souls of the citizens and made up fairy stories that have nothing to do with the truth from near or far from the disappearance the girls For the purpose of trafficking in their human organs.

And immediately, A security source denied the validity of what was circulated on some pages on the Internet of allegations about the multiplicity of cases of disappearance of school girls in Alexandria, explaining that the incident is summarized in the report of the parents of a student in a school that she was absent from home.

Alexandria Investigations began examining the report, and after investigations, the security forces managed to: Finding the girl, who left her home due to family disputes with her parents, and the seizure of spreading rumors about the disappearance of girls, and legal action is being taken.

My family hit me and I sat at home so that I could meet my friend .. Confessions of an Alexandria girl after her return .. Video

After finding the girl, the Prosecutor of Sidi Gaber in Alexandria began an investigation into the incident, which some predators exploited to spread panic among the citizens.

The girl’s father said in statements to Sada Al-Balad that they are still in the prosecution office to finish the procedures for receiving his daughter after she was found, praising the efforts of the security men to quickly reach her and check on her.

Farah, a student in the second year of middle school, said A video of her, after she was found, that she ran away from home due to family disputes with her parents, adding that her parents beat her after she refused to go to one of the training sessions at the Olympic Club and this is the reason for leaving the house.

She added, “I knew someone named Ahmed from the tik tok youth … he was interested in me and I used to tell him what need and reassuring him … and I went to Cairo to meet him, but I did not accept … But I met one named Uncle Radwan, so he took me with him and stayed with his family.” And he was with me respectable. “

In a statement today, the Public Prosecution denied what was circulated regarding the kidnapping of girls and children in Alexandria Governorate, confirming that the truth of the matter is that a girl is absent from her family due to differences between them..

The prosecution stated in a statement today, Thursday, that the “Monitoring and Analysis Unit at the Statement Department of the Attorney General’s Office” monitored a wide circulation of news on various social media sites about the kidnapping of a number of girls in Alexandria governorate for the purpose of trafficking in their human organs, as well as filming a person with a monitoring device and alleging that he kidnapped children in the same way. Governorate.

The prosecution confirmed that what was circulated about the allegation of kidnapping girls for the purpose of trafficking in their organs was found to be invalid, and that the truth of the incident was that a father was informed on October 6 of his thirteen-year-old daughter’s absence since the day before the report. With an altercation between her and her daughter on the day of her disappearance, then when it became clear that she was not in the residence and examined the surveillance cameras installed in it, it became clear that she left in the early hours of this day.

The sister of the girl who was absent during the investigations of the “Public Prosecution” explained that the aforementioned had contact with some through social media, including a boy who had been in constant contact with him through one of the applications of those sites, and it became clear to her that her sister’s account data on the aforementioned site had changed after her absence.

The “Public Prosecution” investigates the incident, and ordered the competent authorities to examine the origins of these rumors.

These were the details of the news Beware of Tik Tok .. the full story of the absence... for this day. We hope that we have succeeded by giving you the full details and information. To follow all our news, you can subscribe to the alerts system or to one of our different systems to provide you with all that is new.