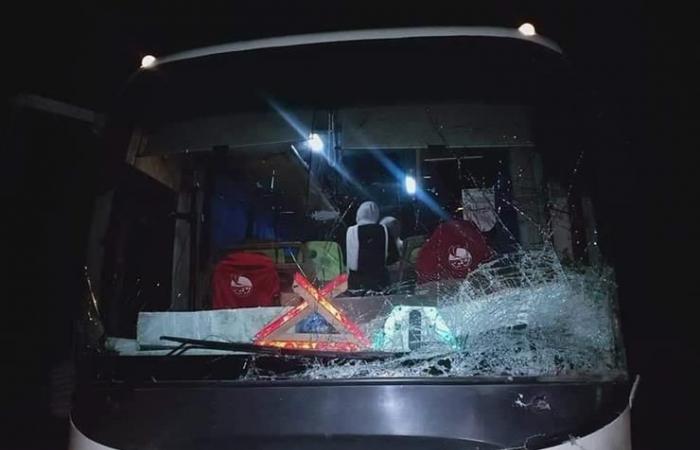 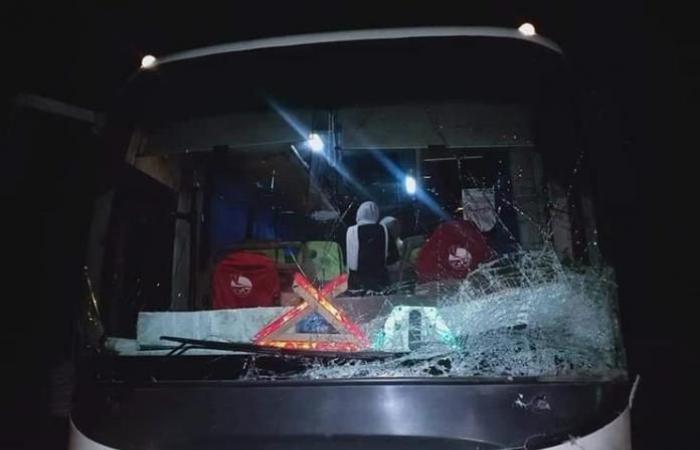 One of the buses of the East Delta Company collided, in the early hours of this morning, Wednesday, with a group of camels, on the international road (Sharm el-Sheikh – Al-Tur), which resulted in the front of the bus being smashed, and 4 camels were killed, while no human injuries were recorded.

The Director of Security, Major General Ahmed Al-Alfi, received a notification of the accident, as it was found that a group of camels suddenly crossed the aforementioned road, in front of the Ras Jarrah oil field area, and the driver was able to control the bus and stop after the collision, while maintaining a balance.

Traffic cars were pushed, dead camels were removed from the road, and reopened an hour after it was closed.

These were the details of the news A passenger bus collides with 4 camels on Sharm el-Sheikh International... for this day. We hope that we have succeeded by giving you the full details and information. To follow all our news, you can subscribe to the alerts system or to one of our different systems to provide you with all that is new.