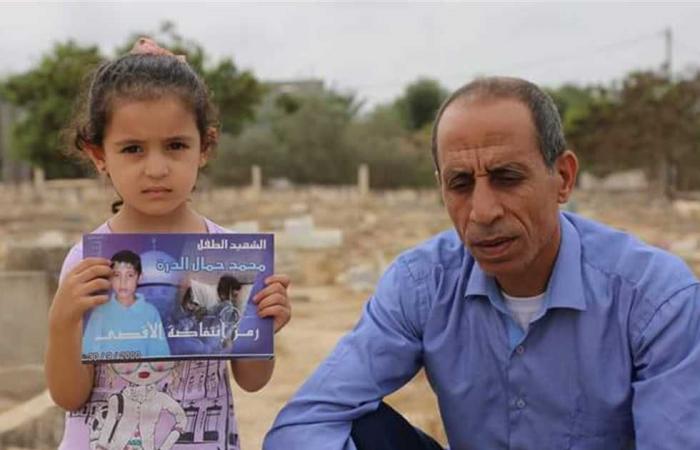 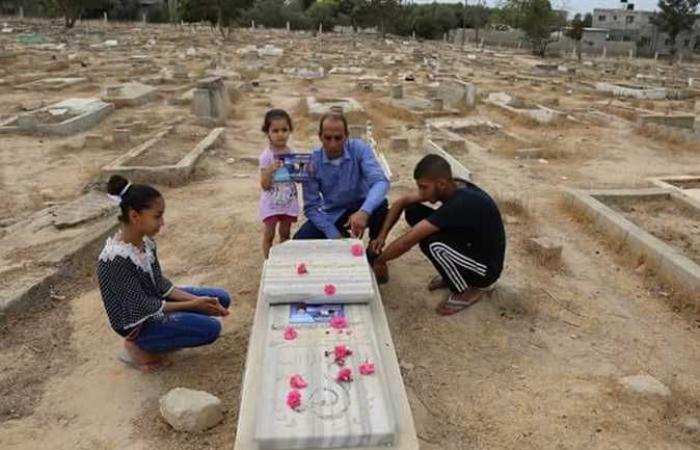 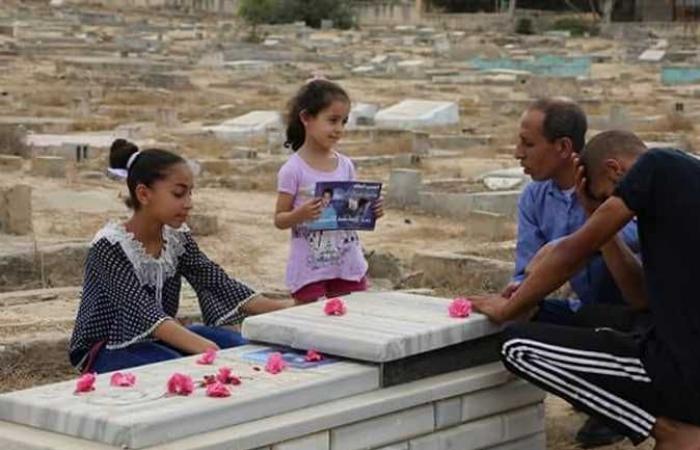 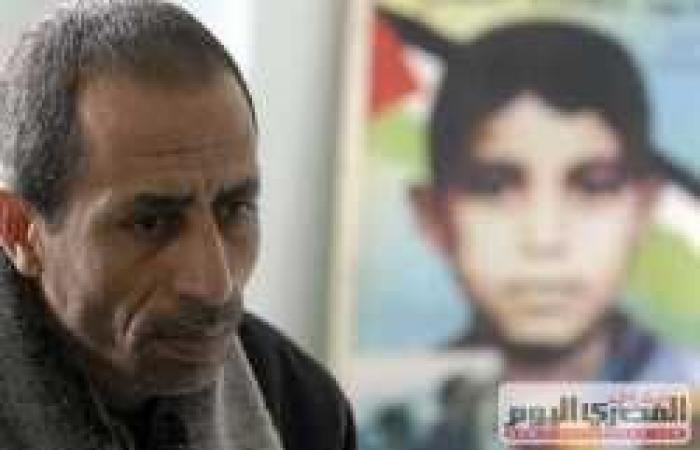 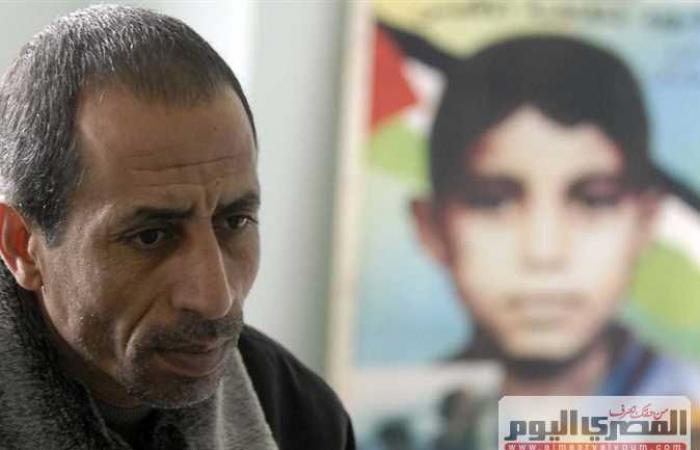 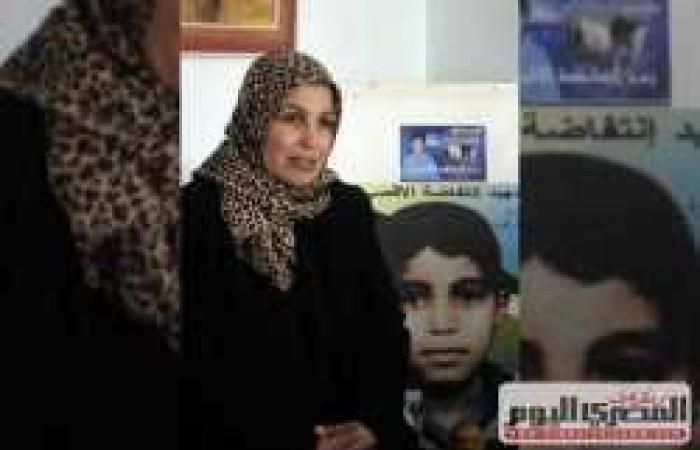 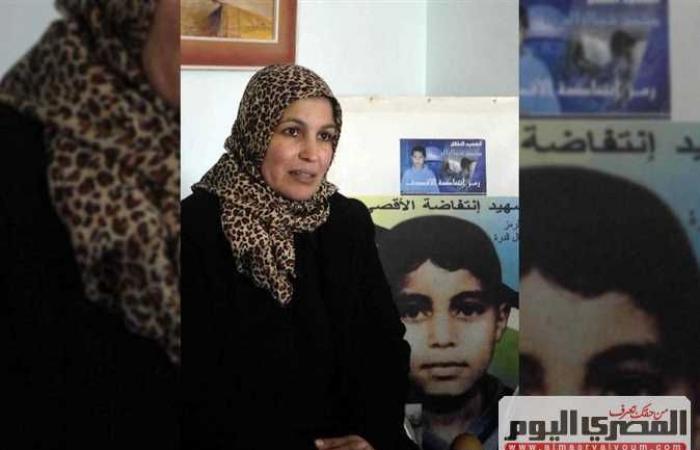 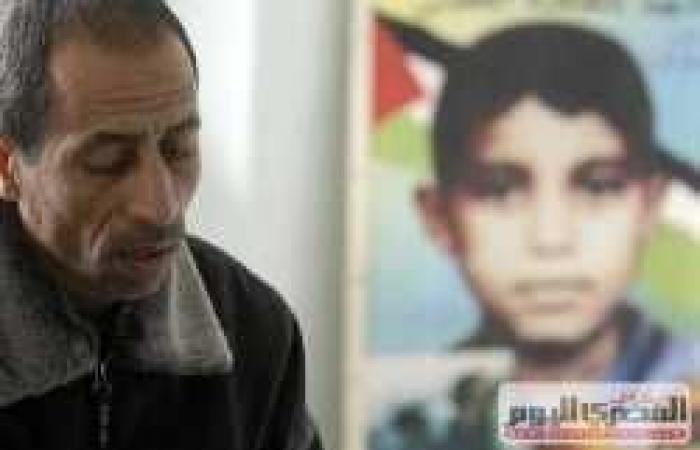 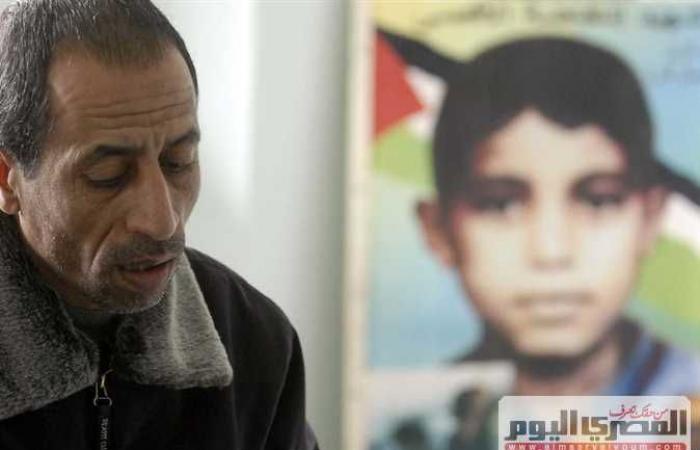 Twenty years ago, the icon of the Al-Aqsa Intifada, the martyr child Muhammad Al-Durra, who was shot by bullets from the Israeli occupation forces, was martyred on September 30, 2000, while he was sheltering behind his defenseless father’s back, in a scene that shook the consciences of millions around the world.

The story of Al-Durrah began at one of the security checkpoints of the Zionist occupation, near Gaza, specifically at the Masarim Junction. The permanent correspondent of the French Channel Two in Gaza, Talal Abu Rahma, recorded a video clip of the sniping scene of the Israeli occupation forces, of the martyr child, Muhammad Al-Durra, who is 12 years old. Abu Rahma caught the scene by chance while covering the events of the second intifada, but he did not know that he would travel to the world as a document bearing evidence about the occupation crimes against Palestinian children, and also opening the door to a wide debate between the occupation, which claimed that the child was killed by Palestinian bullets, and that the clip documented by the channel The French second for his “fabricated” sniper, and between the Durra family, which hopes today, after twenty years, that the door will open to a fair international investigation into the killing of their son.

The four shots penetrated into the heart of the 12-year-old boy, which was not hindered by the cries of his father, who pleaded with the occupation soldiers: “No .. don’t shoot!” Echoed through the clip, which was accidentally captured in the hearts of millions around the world, so I heard them about the crimes of the Israeli occupation against the children of Palestine; And it made from the blood of the pearl and his hands trembling behind the back of his unarmed father, a historical document that formed the awareness of his peers from the Arab children. So they left their schools in spontaneous demonstrations condemning the crimes of the Israeli occupation forces at the time, as if the blood of that child pushed his peers from the children to feel a humanitarian responsibility towards him and the Palestinian cause.

With the twentieth anniversary, Jamal Muhammad Ahmad Al-Durra, the father of the martyr child, told Al-Masry Al-Youm, how his child’s sniping took place in his hands, what was the impact of that venerable scene on the world, and what his response to the claims of the Israeli side regarding the Dorra, and how he sees the current situation. .

Describe how your child’s sniping was in your hands?

I remember the scene of Muhammad’s sniping as if it happened today, so the martyrdom of my two sons was not just as harsh on me as his father or on his family. Rather, the sniping of a weak child with four bullets, despite his hiding behind the arms of his defenseless father, had a great impact on and on the Arab and Islamic nation and even the world, and his blood and the documented scene of his killing were opened. Through a photographer for “France 2”, guide the world to the reality of the crimes committed by the occupation against our people, men, women and children. The world watched how she begged the occupation soldiers to stop shooting at us. The incident was a vivid example showing hundreds and thousands of crimes committed by the Israeli occupation against the Palestinian people in cold blood on a daily basis.

The aim of the occupation is to kill us together, and I tried to ransom him as much as I could, so that the bullets of the occupation passed through my body, before you penetrated to my son, but the blood of the Dora refused to leave unless the consciousness of millions around the world was formed. The bullet that penetrated into the chest of my son also penetrated the hearts of millions, and revealed to the West The crimes of the Zionist occupation, which committed many massacres against our Palestinian people, and is still committing massacres against our Arab nation, directly or indirectly, and we do not forget the Sea of ​​Cow massacre in Egypt, which was covered with international support.

The fact-finding committee established by the former chief of staff of the Israeli army, Moshe Yaalon, claimed in 2012 that the video that documented the killing of Al-Durra was rubbed, and that the Palestinian Authority was the one who killed him .. What is your comment?

When the opponent and the killer is the judge, these allegations are natural, how does the Zionist occupation admit to crimes it commits on a daily basis, at the beginning the Israeli media put Jewish hats on my head and on my child’s head to say in front of the international media, that the Palestinians kill Jewish civilians and when their matter is revealed to the world, disavow their responsibility Regarding their crimes, and claim that the video clip that documented their crime was fabricated. If there was an intention to investigate any facts, the occupation would have summoned an international investigation body, and the French courts settled the controversy over the Israeli side’s involvement in the blood of Durra, after the Jewish businessman and the director of Media Ratings, Philip Carcente, claimed in 2006 that the video clip of the killing of al-Durra Which was documented by the French correspondent for the French Channel 2 in Gaza, Talal Abu Rahma, and the French judiciary ruled in favor of the channel in 2008. We hope that the door will open to a fair international investigation. 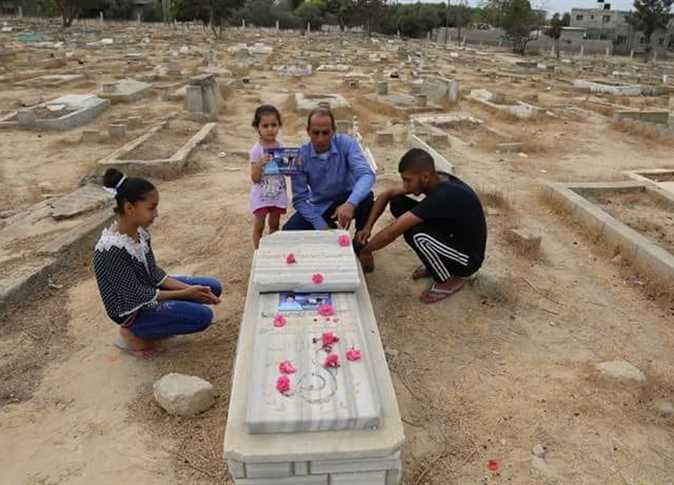 After 20 years of the uprising and the departure of Al-Durra .. Has he missed your mind? Was the intifada absent from the minds of the Palestinians?

No, and not only will Dura be absent from my mind, but it remains alive in my memory and in the memory of thousands who try to communicate with me through communication sites on the anniversary of his martyrdom every year, as generations born after the occurrence of that crime communicate with me, which confirms that his blood formed the awareness of generations Many, and made them feel responsible for the Palestinian issue, just as the intifada was also not lost on the minds of the Palestinians, and it will not be absent. We Palestinians rise up every day, with every right that is taken away, but the scenes of these daily uprisings do not know their way to the media, which has become indifferent to the Palestinian cause.

How does the situation of Palestinian children under occupation look?

The children of Palestine fall between the jaws of the occupation’s crimes and international silence, as evidenced by the division of young prisoners in the Israeli “Ofer” prison, west of Ramallah. This prison that the occupation allocates to security prisoners is crowded with our children. Also, in the first half of 2019 only, 1,233 Palestinian children were injured, the vast majority of them during their participation in the return marches and the breaking of the siege along the Gaza border, in addition to the arrest of 17 others during the same period. 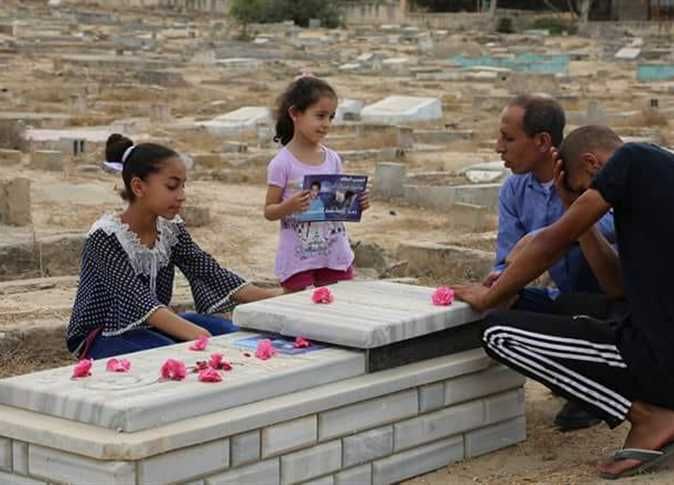 On the background of your mention of the Gaza Strip, what is your comment on the Palestinian-Palestinian division, and does it contribute to the loss of the cause?

The Palestinian-Palestinian division took the compass away from Palestine, as we went through 14 leaners, weakening the issue and keeping it away from its goals, and I called all divided factions to sit in, to preserve what remains of the issue, and to play their role towards the blood of the Palestinians, because our unity and the argument of our decision is the first step to recovering our rights. Because the division has destroyed generations of young people who have become without jobs, the division also destroys the dream of the exiled Palestinians to return, and made the Palestinian youth who dream of a united homeland migrate on death boats in search of an opportunity for a decent life away from this black division. 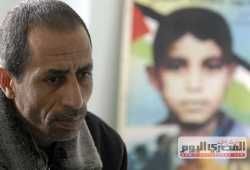 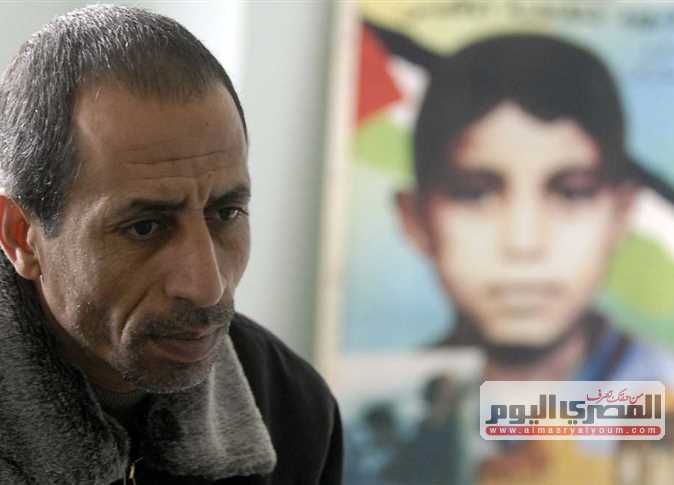 In your opinion, when will the occupied Palestinian territories be liberated, and what is the way to a just solution to the Palestinian issue?

We, the Palestinian people, have been fighting and struggling for a century, when the British occupation began to settle the Zionists in our country, and there is no way for a just solution to the Palestinian issue, except for unity and resistance. We are resisting them and we still resist them and we believe that our struggle is the only way towards a just solution. 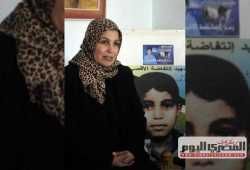 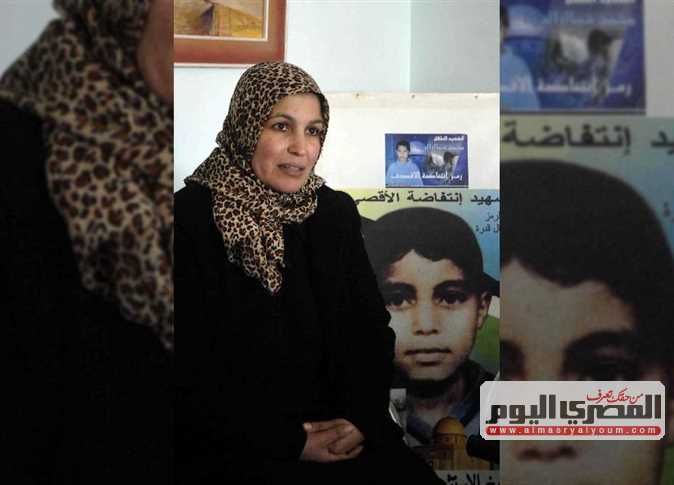 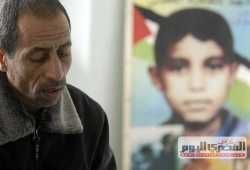 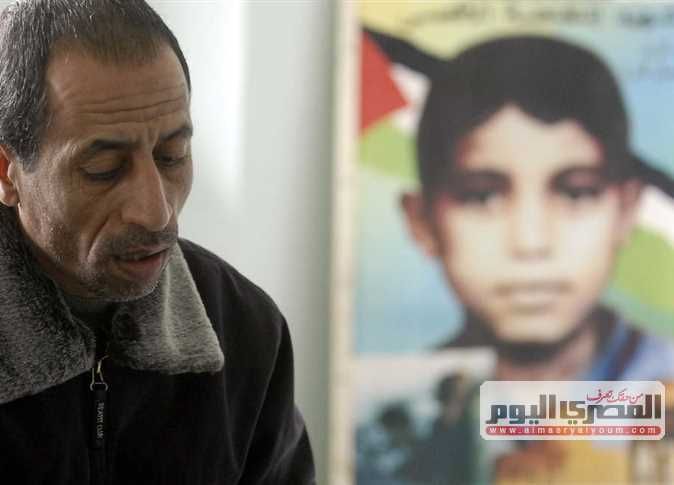 These were the details of the news The father of the martyr Muhammad Al-Durra: The bullets passed me... for this day. We hope that we have succeeded by giving you the full details and information. To follow all our news, you can subscribe to the alerts system or to one of our different systems to provide you with all that is new.