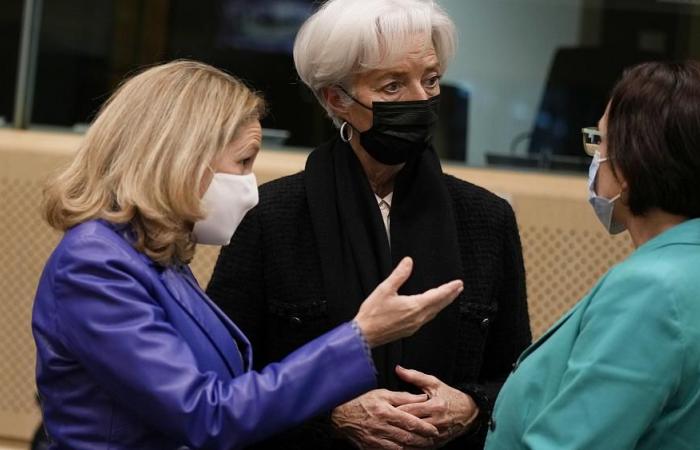 Eurogroup finance ministers held their first discussion on what to do with the Stability and Growth Agreement, frozen since the start of the pandemic, at their first meeting of 2022 on Monday in Brussels. of Finance Ministers meeting in Brussels. Public debt has increased dramatically, regional, economic and social divisions have deepened, and economic pressures as a result of inflation in some European Union countries have led to the generation of uncertainty in some of the bloc’s countries, and the Resilience and Resilience Mechanism (RRF) has given another direction to the European Union project. Thus, EU policy makers not only face the need to fill pre-existing gaps in their fiscal bases, but also post-pandemic challenges on the “financial” front including green and digital transformations.

Some European countries have expressed concerns about the viability of implementing the EU’s Stability and Growth Pact in 2023, while others are calling for further progress on another part of a comprehensive reform of tax rights for multinational companies. The European Union’s Stability and Growth Pact stipulates that the debt-to-GDP ratio should not exceed 60% of its economic output in debt. The budget deficit should not exceed 3% of GDP according to the criteria of the Maastricht Treaty.

The EU’s Stability and Growth Pact is a framework for the eurozone’s fiscal rules, meaning a set of fiscal rules designed to prevent EU countries from spending beyond their means given their national fiscal budgets.

This means that since 1997 it has been agreed that member states must keep their deficit and debt-to-GDP ratios below 3% and no more than 60%, respectively.

The European Commission and the Council of Finance Ministers are primarily responsible for the financial oversight of the bloc’s countries, issuing an annual recommendation on European fiscal policy measures and monitoring member states’ fiscal strategies to ensure each country’s compliance with fiscal rules. Under this framework, countries that break the rules for three consecutive years are fined a maximum of 0.5% of their GDP, which in practice did not happen.

The finance ministers of Germany and the Netherlands defended the European Union’s strict fiscal rules on Monday, amid renewed calls for the rules to be reconsidered due to the economic impact of the novel coronavirus (Covid-19). German Finance Minister Christian Lindner said, “Financial rules are crucial to maintaining sovereign credibility in the capital markets.”

France, which currently holds the rotating presidency of the European Union, wants to amend the rules. French Finance Minister Bruno Le Maire put forward the idea of ​​giving debt-laden countries specific timetables and targets for debt reduction. Bruno Le Maire said the EU should adopt in the coming weeks new rules on the global minimum corporate tax of 15%, despite member states’ skepticism about the timetable.

France has made progress on new international tax rules a priority of its EU presidency in the first half of this year, after an agreement among nearly 140 countries in October at the Organization for Economic Co-operation and Development. French President Emmanuel Macron and Italian Prime Minister Mario Draghi stressed in a joint post last month that “key spending for the future” should be encouraged under a revised set of rules that exclude strategic investments from EU spending rules.

These were the details of the news Eurogroup finance ministers discuss post-Corona economic policies for this day. We hope that we have succeeded by giving you the full details and information. To follow all our news, you can subscribe to the alerts system or to one of our different systems to provide you with all that is new.