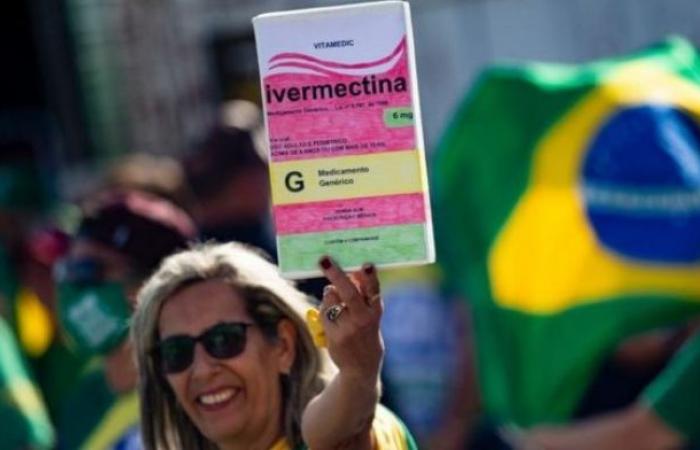 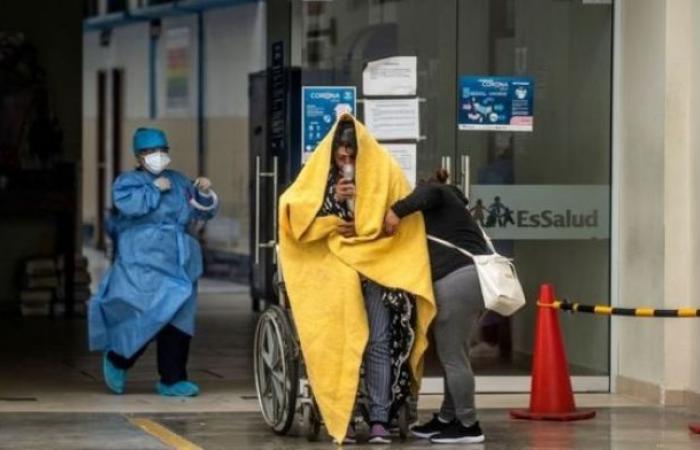 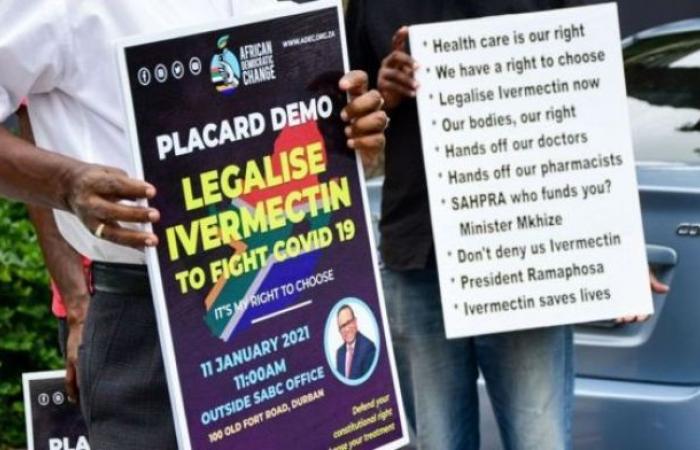 Opponents of receiving vaccines that protect against the Corona virus have been defending the drug ivermectin for some time, a drug recommended by some health authorities in a number of countries. But the British Broadcasting Corporation, BBC, revealed serious errors in a number of major studies on which the promoters of this drug relied.

For several years, ivermectin has been used as a primary antiparasitic treatment in humans and animals.

During the pandemic, there was and still is an objection from some opponents to the use of the drug in another matter, specifically in the fight against “Covid” and avoiding death because of it.

Social media members shared tips on how to obtain the drug, even defending versions used to treat animals.

The hype about ivermectin – based on the strength of belief in scientific research – has led to large numbers of people around the world using it.

Promoters of this drug point to a number of scientific studies, often claiming that the scientific evidence is ignored or obscured, but a review by a number of independent scientists has cast serious doubts on the structure of this research.

And the BBC can reveal that more than a third of the trials that constitute a large-scale attempt to use the drug in the treatment of Covid, out of 26 trials, have serious errors and signs of the possibility of fraud, while the rest of the trials did not show convincing results about the effectiveness of ivermectin.

Dr. Kyle Sheldrick, a member of the group investigating the studies, said they had found “not a single clinical trial” claiming ivermectin’s ability to prevent Covid deaths that had “clear signs of fabrication or errors so serious that they invalidated the study.”

The group of scientists looking at these studies has a track record of exposing questionable scientific studies. These scientists worked remotely and voluntarily during the pandemic.

The scientists formed a group examining in-depth studies of ivermectin, after biomedical student Jack Lawrence discovered problems in an influential study from Egypt. Among other problems with this study, it included patients who were found to have died before the trials began. This study was withdrawn from the scientific journal that published it.

The group of independent scientists examined each hypothetically randomized controlled trial of ivermectin and COVID-19, including all major studies that are regularly cited by the drug’s promoters.

RCTs include a group of people randomly selected to receive the treatment being examined or a placebo drug that does not have active properties.

The team also looked at six special-impact observational experiments. This type of trial looks at what happens to people who take the drug anyway, so it can be biased by the types of people who choose to undergo treatment.

Of the 26 studies reviewed, scientists found evidence in five of them that the data used may have been falsified, for example by including impossible numbers, or duplication of data from the same patients.

In five other cases, there were surprising numbers, for example, numbers were not collected, percentages were calculated incorrectly, or local health authorities were not aware of their occurrence.

In addition to these flawed experiments, the 14 authors of those studies did not resubmit the new data, which led independent scientists to say that this is a possible indicator of fraud.

The sample research papers examined by the independent group also contain some high-quality studies from around the world. But the main problems have all been with studies making big claims for ivermectin, researchers have discovered that in fact, the higher the claim in terms of saving lives or preventing infection, the more fears it may be that it may be false or invalid.

While it is very difficult to rule out human error in these experiments, Dr Sheldrake – a physician and researcher at the University of New South Wales in Sydney – believes it is very likely that some of these experiments have been deliberately tampered with.

A recent study in Lebanon was also found with details of 11 patients copied and pasted over and over, indicating that many of the patients evident in the trial were not actually present.

The authors of that study told the BBC that “the original data set was fraudulent, vandalized or accidentally entered into the final file” and that they had applied to the scientific journal that published it to retract it.

It seems that another study from Iran showed that the drug ivermectin prevented people from dying from Covid, but the scientists who investigated the matter found some observations, the records of the iron level in the blood of some patients showed numbers that are unlikely to occur naturally.

Also, patients who took the placebo were found to have lower levels of oxygen – compared to those who took ivermectin – than before the trials began, so they were basically sicker and statistically more likely to die.

Sheldrake adds that the probability of this happening randomly across all of these different measurements was very small.

Dr. Mortada Personal defended the results of the study in which he participated in Iran, and the methodology of the research and disagreed with what the independent scientists put forward about the study, and said: “It was very natural to see this random distribution when we took into account many different factors and none of them had an impact on the study. The possibility of the participants suffering from the risks of Covid.”

The results of studies conducted in Lebanon and Iran were excluded from publication in the Cochrane Research Network – a network of experts who review scientific research; Because they are “two studies poor in their support.” A review of studies concluded that there is no benefit from ivermectin in the treatment of COVID-19.

Ivermectin is generally considered a safe drug, although it has been reported to have side effects. But the indirect harm may come from that it may give people an illusory sense of security, especially if they choose ivermectin instead of seeking treatment for symptoms of Covid in hospitals, or receiving the vaccine in the first place.

At one point, Patricia Garcia, a public health expert in Peru, says she found that 14 out of 15 patients in a hospital were taking ivermectin and only went to the hospital after their health had significantly deteriorated.

The study prepared by McMaster University in Canada is the largest and most efficient on the drug ivermectin, and it has concluded that there is no benefit from this drug in treating Covid-19.

These were the details of the news Corona virus treatment: Research with “false” evidence that promotes the drug... for this day. We hope that we have succeeded by giving you the full details and information. To follow all our news, you can subscribe to the alerts system or to one of our different systems to provide you with all that is new.