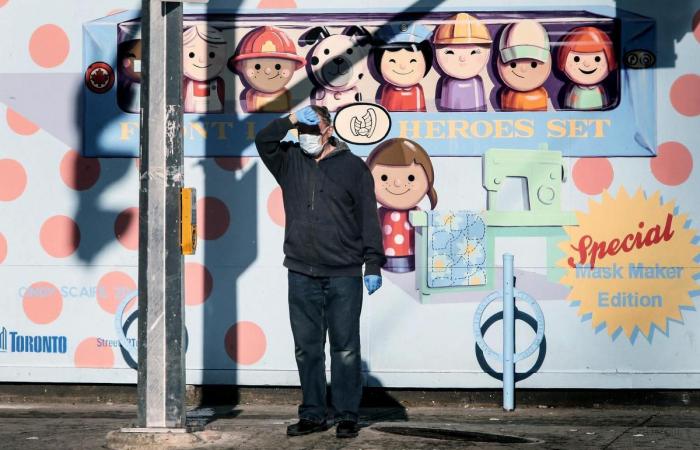 6h20: It’s been a year since the first confirmed case of COVID-19 in Canada – and a lot has changed. Here are some pieces of the Star to mark the anniversary:

The first Canadian COVID-19 patient was in Sunnybrook. Today, his treatment would have been by video

6h18: Australia suspended its partial travel bubble with New Zealand after New Zealand reported its first case of coronavirus outside of a quarantine facility in two months. Australia’s Health Minister Greg Hunt said on Monday the suspension would last for three days and was being implemented out of caution. Affected travelers must cancel or face two weeks quarantine upon arrival.

New Zealand Prime Minister Jacinda Ardern said she told Morrison she had confidence in New Zealand’s systems and processes, but it was up to Australia to decide how it managed its borders.

New Zealand health officials say genomic tests indicate the woman contracted the virus from another returning traveler just before leaving quarantine. However, there was no evidence that the virus spread further. Health chief executive Ashley Bloomfield said the 56-year-old recently returned from Europe.

During her mandatory two weeks in quarantine, she tested negative twice. She later developed symptoms at home and tested positive. Officials say the woman appears to have caught South Africa’s most contagious variant of the virus from another traveler on her penultimate day in quarantine, and they are investigating how the health damage turned out produced.

6h17: Australia’s medical regulator has approved the use of its first coronavirus vaccine, paving the way for inoculations to begin next month.

The Therapeutic Goods Administration on Monday gave provisional permission to people aged 16 and over to use the vaccine developed by Pfizer and BioNTech. Residents and workers of elderly care facilities, front-line healthcare workers and quarantine officers are among the priority groups for first doses.

Australian Prime Minister Scott Morrison welcomed this development. He said Australia was among the first countries to complete a full process of formal vaccine approval rather than just granting emergency approval.

Australia has an agreement for 10 million doses of the two-dose Pfizer vaccine and an option to purchase more if supplies permit.

Health Minister Greg Hunt said on Monday that the country as a whole had obtained 140 million vaccines, one of the highest per capita dosage rates in the world.

The largest of the pre-orders, conditional on regulatory approval, is 53.8 million doses of vaccine manufactured by AstraZeneca and the University of Oxford, including 50 million in Australia as part of a partnership with the biopharmaceutical company CSL based in Melbourne.

Australia intends to complete inoculations by October. The nation of 26 million people has reported less than 30,000 cases of the virus and just over 900 deaths.

Education Minister Stephen Lecce said that means 100,000 students will return to class for the first time since before the winter break.

The province is implementing more safety measures in areas where schools reopen, including requiring students in Grades 1 to 3 to wear masks indoors and when physical distancing is not possible at school. outside as well.

It also introduces “targeted asymptomatic testing” and improved screening protocols in these areas.

Although students in southern Ontario have been in class for over a month, classes resumed in the northern part of the province on January 11.

The provincial government has said the chief medical officer of health is closely monitoring the COVID-19 situation at public health units where schools remain closed to decide when it is safe to reopen.

But the province has said that in five sensitive regions – Windsor-Essex, Peel, York, Toronto and Hamilton – that won’t happen until at least February 10.

6h14: The federal government’s handling of the national COVID-19 vaccination campaign is expected to dominate the agenda when Parliament resumes today.

MPs are expected to work together to once again enable a virtual presence in the House of Commons as many provinces remain stranded during the second wave of the pandemic.

Yet this show of unity will be the exception, as opposition parties plan to pressure the Liberal minority government on several fronts.

It starts by grilling the government over delays in the delivery and distribution of COVID-19 vaccines, including Pfizer’s decision to deliver only a fraction of the promised vaccines over the next few weeks.

The government has also pledged to close a loophole that currently allows people leaving the country on non-essential trips to receive sick leave pay while in quarantine.

The omnipresent threat of an early spring election looms in the background.

These were the details of the news Today’s coronavirus news: Monday marks one year since Canada’s first confirmed... for this day. We hope that we have succeeded by giving you the full details and information. To follow all our news, you can subscribe to the alerts system or to one of our different systems to provide you with all that is new.