Biden announces “good news” about Corona … and fears that terrify... 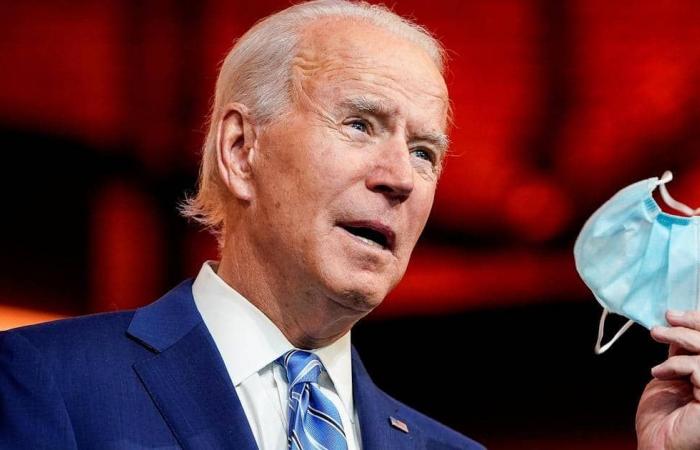 و .وضح Biden In a tweet on “Twitter” that the vaccine, once it is ready after approval, “and Kamala Harris and I will work to ensure that it is distributed fairly, effectively, and free of charge to every American.”

The chief infectious disease expert has predicted the United State، Anthony FauciThis week, any healthy American who wants a vaccine can Corona VirusFrom going to a pharmacy and getting it by April, but the challenge will be to convince enough people not to put it off.

Fauci previously warned, about what he called “vaccination resistance”, which is a high percentage of the population refraining from receiving Corona Vaccine.

He explained that the elimination of the pandemic depends on two important factors, namely the effectiveness of the vaccine, and the extent of people’s demand for it, in order to form a complete community immunity.

While the vaccine is still beyond the reach of most Americans, health care workers and residents of long-term care facilities will be able to receive the first doses as they become available, according to the recommendations of a committee from the Centers for Disease Control and Prevention, Tuesday.

He stressed that “effectively eradicating the epidemic needs to vaccinate more than 50 percent of the community’s population at least,” as another percentage of the population was infected with the virus.

Al-Husami added that “the two new vaccines, announced by Moderna and Pfizer, are based on the new RNA technology that has not been used before, and therefore there is a fear of something that was not tried on humans until recently.”

Speaking to “Sky News Arabia”, the health policy expert in the United States, Robert Gove, said that among the major obstacles to the vaccination process in the country, “a large proportion of people, about 35 percent, refuse to receive the vaccine because of health concerns related to theories. The plot. “

He called on health authorities to invest in raising awareness of the need to receive the vaccine and promoting its importance, “with the aim of overcoming vaccination resistance.”

The American expert suggested that “employers require that their employees receive the vaccine when it is available, otherwise the employees will not return to their work, and thus they will lose their jobs.”

The fear of the vaccine is generally related to its safety, and Brenda, a young American woman, says that she is “very scared for many reasons, but the most important one is that when the FDA approves a treatment, it takes 5 to 10 years, although I realize our urgent need for the vaccine.” Because there are things we do not understand about the virus and the effect of vaccination in the future. “

Karl expresses his reluctance to receive the vaccine, and says: “I may not receive it as soon as it becomes available, but I may think of receiving it in the end, so we get rid of the virus forever.”

In a move aimed at enhancing Americans’ confidence in the safety of anti-Covid-19 vaccines, 3 former presidents of the United States, Barack Obama, George W. Bush and Bill Clinton, volunteered to receive vaccines against the Corona virus in front of the cameras lenses, as soon as the US Food and Drug Administration approved them. .

And a report published by the nonprofit organization First Draft last month found that 84 percent of interactions with vaccine conspiracy-theory content came from Facebook and Instagram.

But Facebook announced, on Thursday, that it will remove false allegations, which public health experts have refuted about Corona vaccines, in a move aimed at expanding the company’s current rules against the lies and conspiracy theories related to the pandemic.

The social media company said it is deleting the wrong information about the Corona virus, which poses a risk of “imminent” harm.

In a blog, she added that the change in its policy came in response to news that Covid-19 vaccines are imminent worldwide.

On Wednesday, the United States recorded the death of more than 2,700 people from the Corona virus within 24 hours, in the highest daily toll since the beginning of April, according to data published by Johns Hopkins University.

And the number of people infected with the virus exceeded Corona Those who are being treated in hospitals in the United States, on Wednesday, the threshold of 100,000 patients, in another record outcome.

These were the details of the news Biden announces “good news” about Corona … and fears that terrify... for this day. We hope that we have succeeded by giving you the full details and information. To follow all our news, you can subscribe to the alerts system or to one of our different systems to provide you with all that is new.