The review found that hormonal contraceptives did not cause or worsen... 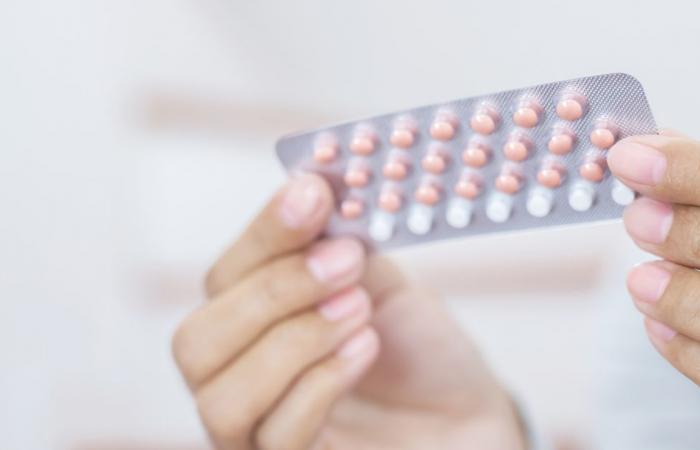 Experts believe that decisions should be based on contraceptive needs and other comorbidities rather than concerns about the effects on mental health.

“If you read all of the literature and ask,” Do hormonal contraceptives cause depression? “If the answer is definitely no.”

This is Dr. Katherine Wisner, Professor of Psychiatry and Behavioral Sciences and Obstetrics and Gynecology at Northwestern University’s Feinberg School of Medicine and Director of the Asher Center for the Study and Treatment of Depressive Disorders.

She shares the results of a comprehensive review she co-authored and which is included in the American Journal of Psychiatry on November 10th.

Some retrospective studies, unable to determine a cause, show that depression can get worse [when using hormonal contraception],’ he said.

“But some randomized trials actually show that depressive symptoms can get better because many women have mood swings associated with their menstrual cycle. So if someone takes the pill, it obviously gets better. ”

“So the literature is contradicting itself in a certain sense.”

Still, Dr. Polyakov believes that patients and health professionals believe that hormonal contraception should be avoided in women with mental health problems.

There are also individual reports that hormonal birth control has either caused depression or some other mental disorder, or made its symptoms worse.

Dr. Monique Tello wrote about this situation on the Harvard Health Blog in 2016.

“Over the years, quite a few patients in my wife’s health care practice have told me that their hormonal birth control – pill, patch, ring, implant, injection, or IUD – made them feel depressed,” she wrote.

“And it’s not just my patients: some of my friends feel the same way. And it wasn’t just me who noticed; Decades of reports of mood swings associated with these hormone drugs have sparked several research studies. ‚

Should such firsthand reports influence the prescribing of hormonal contraceptives to women at risk for mental illness or to women with an existing problem?

“There are a lot of misunderstandings,” he said.

‘It’s very common and it’s not just the patients; This misunderstanding is also falsely maintained by health professionals.

“Many health professionals mistakenly believe that there are strong indications that, particularly the oral contraceptive pill, are causing or worsening depression, bipolar disorder, and other mood disorders.

In fact, the literature is very contradictory and there is no clear evidence that this is the case.

“Right now, some health professionals are going to be saying,” You can’t use hormonal contraception because you have depression, “and that’s clearly wrong.”

Dr. Polyakov described the situation as a “big problem” that he has to address frequently.

Professor Danielle Mazza, Head of the Department of General Practice at Monash University and Director of the SPHERE Research Center on Sexual and Reproductive Health of Women in Primary Care, does not share Dr. Polyakov that this is a major problem.

“I don’t think it’s a ubiquitous problem,” she said.

Professor Mazza says there is “probably a very small percentage” of women who have worsening mood problems while using hormonal birth control, but that they do not encounter this problem frequently.

She says long-acting reversible contraception (LARCs) are preferable to oral contraception because they contain lower doses of hormones and are therefore likely to have less of an impact on mood.

The lead author Dr. Jessica Kiley, chief general practitioner in obstetrics and gynecology at Northwestern University’s Feinberg School of Medicine and a gynecologist with Northwestern Medicine, says that while contraception does not cause depression, it is linked to depression and contraception.

“But even to say that is controversial because association is not the same cause and is not found in all studies,” she said.

A large Danish study on the subject, involving more than a million women aged 15 to 34, found a link between hormonal contraception and mental health problems.

Research carried out in 2016 found that women who took the combined oral contraceptive pill were 1.23 times more likely to be diagnosed with depression and prescribed antidepressants than non-users.

The study authors concluded that the use of hormonal birth control, particularly in adolescents, was associated with subsequent use of antidepressants and an initial diagnosis of depression, suggesting that depression was a potential adverse effect of hormonal contraceptive use .

Dr. However, Polyakov says the study did not prove a cause.

“Depression is very common – 22% of younger women may have symptoms of depression,” he said.

“Contraceptive pill use is also very common, so it is inevitable that some women taking the pill will experience depressive symptoms that are unlikely to be caused by the fact that they are taking the pill.”

Professor Mazza agrees that there is a known link between hormonal birth control and mood swings.

‚[But] it is not necessarily a causal link; It’s an association, ”she said.

She says other mental health risks also need to be considered when considering contraceptives. For example, planned and unplanned pregnancies can have a significant impact on mental health.

“All of these aspects need to be taken into account,” said Professor Mazza.

Dr. Polyakov says this is a valid point.

“Unwanted pregnancy has a much greater impact on psychiatric symptoms. So you should avoid this, ”he said.

“And if that requires taking the pill, that’s fine.”

The paper’s authors continue to advocate monitoring for mood swings when a patient starts using a hormonal contraceptive, especially when starting the pill. Dr. Polyakov agrees that this is “good” advice.

Professor Mazza believes that what ultimately is needed is a holistic approach to contraception.

“General practitioners really need to take a patient-centered approach to contraception advice, ensuring that women are informed about all of their options, including LARC, and that women are free to choose, taking into account all relevant factors,” she said.

Dr. Polyakov believes that when choosing contraception, factors other than mental health issues should play a bigger role.

“The risk of unwanted pregnancy should be the main concern,” he said. “And you are choosing a method of contraception that is based on contraceptive needs and other comorbidities, rather than a diagnosis of depression or other psychiatric illnesses.

“The main message should be that the option of birth control should not be influenced by fear that it will cause or worsen psychiatric illness.

“The contraception option should be based on its effectiveness and other medical indications and contraindications, rather than the fear that it will worsen depression or cause depression.”

These were the details of the news The review found that hormonal contraceptives did not cause or worsen... for this day. We hope that we have succeeded by giving you the full details and information. To follow all our news, you can subscribe to the alerts system or to one of our different systems to provide you with all that is new.