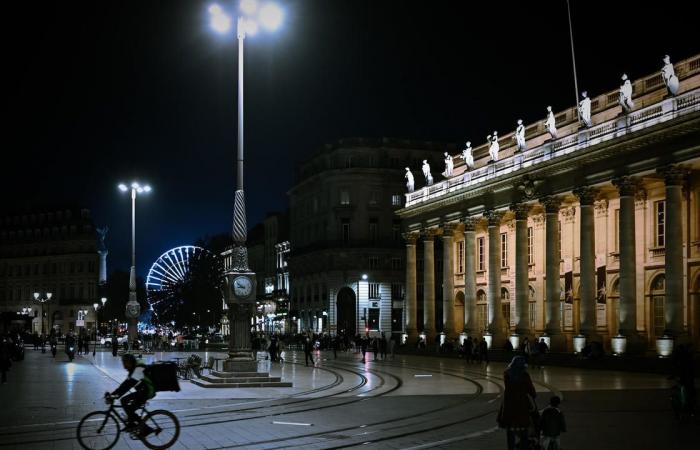 The Covid-19 epidemic continues to worsen all over the world with the re-imposition of a total lockdown in France, which took effect on Friday, and the United States recorded a record number of 90,000 infections in 24 hours Thursday.

A complete lockdown was re-imposed in France, where the number of deaths exceeded 36,000 since the start of the epidemic, for the second time since 12:00 Friday (23:00 GMT Thursday).

But this lockdown will not be similar to the strict quarantine imposed in France in the spring for two months during the first wave that killed 30,000 people. Kindergartens, schools, institutes and high schools will remain open with enhanced health measures that will allow many parents to continue their work.

But new “non-essential” businesses will be closed, as will theaters and ballrooms.

“There is no other solution,” Prime Minister Jean Castex said Thursday, expecting the level of hospital capacity to be “higher in November than in April.”

French authorities fear that recovery services will reach their capacity while more than half of the 5,800 beds available are occupied.

France has become one of the rare countries or regions in Europe, with Ireland and Wales, which resort to the option of quarantining the entire population, which is the most powerful weapon against the Corona virus.

And Thursday, the French were preparing for this option. Some have rushed to hairdressers while others have started buying ink cartridges and toilet paper.

But in some areas, dozens of people demonstrated Thursday evening to denounce the country’s re-lockdown. “People will gather together at home between 20 and 30 people and catch Covid-19, and after months, the infection will return to the outbreak,” said a protest organizer in Custer (south), Davei Karavaca.

Record injuries in the United States

The situation continues to deteriorate in the United States, in the midst of the election campaign. On Thursday, the country recorded a new record number of Covid-19 cases in 24 hours, surpassing for the first time the threshold of 90,000 new infections, according to a tally by Johns Hopkins University.

And right now, the situation is especially bad in the northern and midwestern United States.

Five days before the presidential election, Democratic candidate Joe Biden made health crisis management the main focus of the attack against Donald Trump.

On Thursday, the United States recorded a rise in economic growth in the third quarter of the year, but it is still the country most affected by the virus in the world, with 228,625 deaths since the start of the epidemic, followed by Brazil (158969), India (120527) and Mexico (90309).

The epidemic has infected more than 44.5 million people worldwide and the number of deaths has reached 1,175 million since the end of December, according to data published by Agence France-Presse Thursday.

In Europe, countries are fortifying themselves one after another to confront a second deadly wave of the Corona virus, such as Spain, where five regions closed their borders Friday, including the Madrid region.

On Thursday, Spanish MPs approved the government’s request to extend the state of health emergency for a period of six months.

In Greece, cafes and restaurants closed their doors on Friday. Prime Minister Kyriakos Mitsotakis intends to announce Friday “a one-month action plan (…) to prevent the worst scenario from occurring,” stressing that the country will not witness a complete closure as happened in the spring.

Belgium, the country where the virus is spreading most, held a new meeting on the health crisis on Friday. “The worst is yet to come,” government spokesman Yves van Lethem said.

And in England, new areas will be put on second-class alert on Saturday under which residents are prevented from receiving strangers indoors. But the British government is still resisting calls for a lockdown in England.

In Portugal, in addition to wearing the muzzle, which has become mandatory in external places since Wednesday, the government decided to ban unjustified movement between municipalities from Friday to Tuesday with the aim of limiting the traditional gatherings of All Saints Day.

And outside Europe, Iran recorded a new record number of cases of Coronavirus, with 8,293 people infected in 24 hours.

In Tunisia, Prime Minister Hicham El Mechichi announced a curfew from Monday to Friday from 3:00 am to 4:00 am GMT and from 14:00 until 4:00 am GMT at the end of the week, without specifying its duration.

In the face of the increase in the number of infections with the Corona virus, Colombo, the capital of Sri Lanka, was closed, starting from Friday for a period of three days, on the eve of the visit of US Secretary of State Mike Pompeo.

These were the details of the news France closes again, and the number of HIV infections in the... for this day. We hope that we have succeeded by giving you the full details and information. To follow all our news, you can subscribe to the alerts system or to one of our different systems to provide you with all that is new.