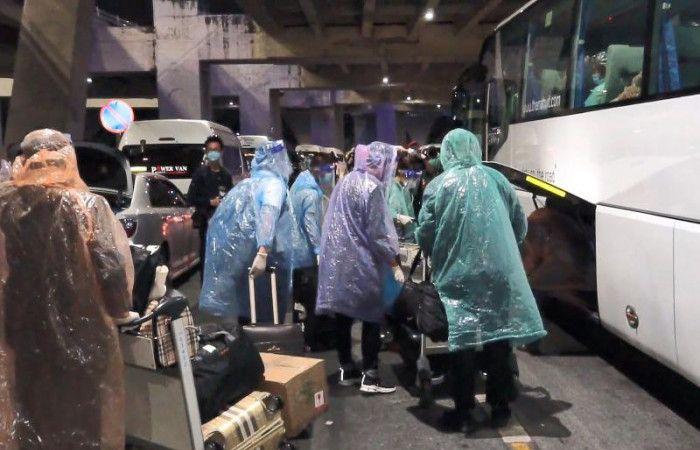 Members of a group of 39 Chinese visitors with special tourist visas board a bus at Suvarnabhumi Airport in Bangkok before setting off for a 14-day stay at Alternative State Quarantine (ASQ) facilities to stop the spread of the Covid-19 coronavirus, on October 20th. (Photo by Handout / Airports of Thailand / AFP)

A Thai woman who arrived from Great Britain on Monday also tested positive on Thursday. All three were asymptomatic.

Another Thai woman flew back from the United Arab Emirates on Friday and was infected with Covid-19 on Tuesday after having a cough and sore throat.

The only newly infected foreigner was a French woman who flew to Thailand on Thursday and tested positive on arrival despite the lack of symptoms.

She was the second French woman to be infected with the virus in the past week. Another French national was treated on Koh Samui after testing positive on Thursday.

These were the details of the news French woman among 5 new Covid cases on Sunday for this day. We hope that we have succeeded by giving you the full details and information. To follow all our news, you can subscribe to the alerts system or to one of our different systems to provide you with all that is new.